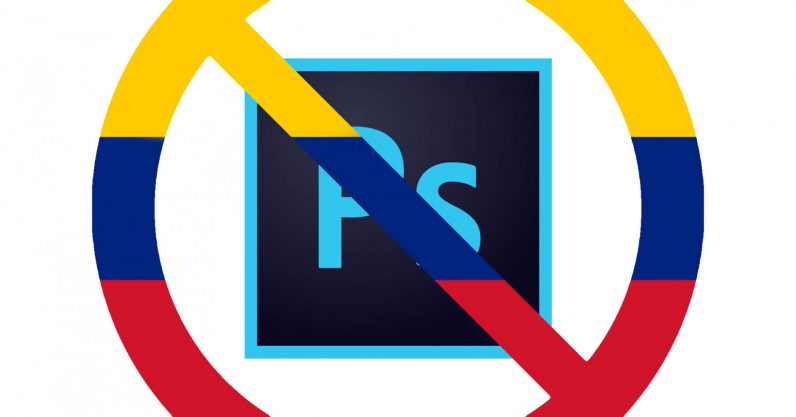 Adobe has canceled all user accounts based in Venezuela in order to comply with Trump’s August executive order barring US companies from doing businesses with the country. With no end to the order in sight, it’s unclear when Venezuelans will regain access to their accounts. The move affects both free and paid accounts, and it highlights the biggest problem with the subscription app model: the software is never truly yours.

Adobe‘s move comes as something of a surprise, considering we haven’t seen similar moves from other major tech companies yet. Adobe seems to be taking an extra cautious approach in interpreting the wording of the order, which seems to mainly be focused on the Venezuelan government of Nicolas Maduro and those who support him.

Meanwhile Google Drive, PayPal, OneDrive, other major software services based in the US still work in the country, although it’s possible that may change soon. I’m sure Adobe is following the advice of some lawyer or two, but based on the wording of the order, it’s hard to see why such drastic action was required.

Users have until October 28 to download any files stored in their Adobe accounts, and worse, Adobe says the order prevents it from providing refunds as well. If this affects you, Adobe has more information on how to download your files and more here.

Regardless of the fact Adobe was following an executive order, the move reignites the debate about subscription-only software. Adobe moved to a subscription model in 2013, and of 2019, you can no longer buy a permanent license for any of its apps. Simply put: Venezuelans wouldn’t be in this situation if they could just buy their software.

I’m actually someone who generally appreciates a subscription model, but I at least want the option to buy a license. While subscriptions make pricing more accessible for individuals and beginners and allow for faster feature updates, it also means that companies always have the power to take your software away. You never truly own it, and the Venezuela ban is the most egregious example to date of what can go wrong.

As someone who once depended solely on photography work for income, losing access to Photoshop and Lightroom could have been devastating. I imagine searches for AdObE-pHoToShoP-2019.torrent from Venezuela IP addresses will spike in the days to come.

Read next: NBA stands to lose billions as China lashes out over tweet supporting Hong Kong