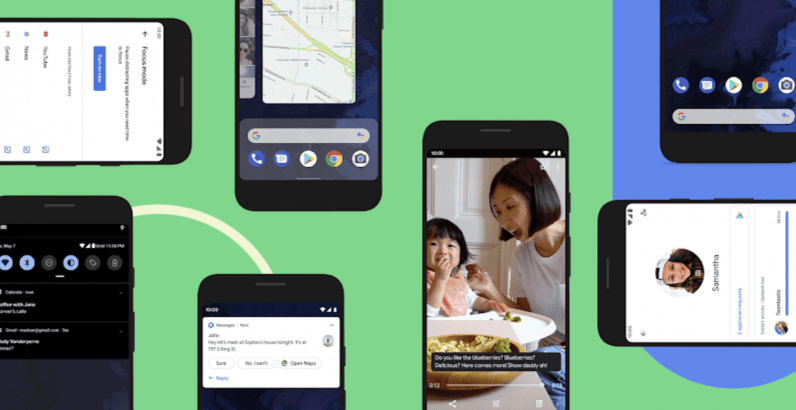 Android 10 has finally landed, despite my reservations that it’s not named after a dessert. After several betas introducing everything from new gestures (again) to chat bubbles to a more pervasive dark theme, Google‘s latest OS update is rolling out to Pixel devices and a few others right now.

Though rollouts are typically gradual, you can get it right now by going to Settings > System > Advanced > System Update on your Pixel device. If it doesn’t show up, a refresh should do the trick. If you still don’t see it and are desperate for the latest software, you can sideload an OTA or flash a factory image via ADB. If those words made no sense to you, you should just wait to get the update like everyone else

The Essential Phone, which has matched Google‘s own update pace remarkably well, also made Android 10 available today. OnePlus, meanwhile, doesn’t have a final version of Android 10 available, but it did release an open beta for the OnePlus 7 and 7 Pro.

Android 10’s aforementioned new gestures are the biggest change. They’re something of a mixed bag, essentially a copy of the Apple’s iOS gestures with a few small changes such as swiping in from a corner to summon the Google Assistant. I’m on the fence about whether they’re an improvement, though they do save a few pixels of screen real estate. Mercifully, Google makes it easy to revert to either last year’s 2-button system or the classic 3-button navigation, which you can read about here.

Other new features include live captioning of audio throughout Android, tighter location sharing controls, security updates via the Google Play Store, and an iOS-like Focus Mode for limiting time with distracting apps. You can read more about the big changes in Android 10 here.

Read next: Facebook now asks for consent to scan your photos (but only on new accounts)