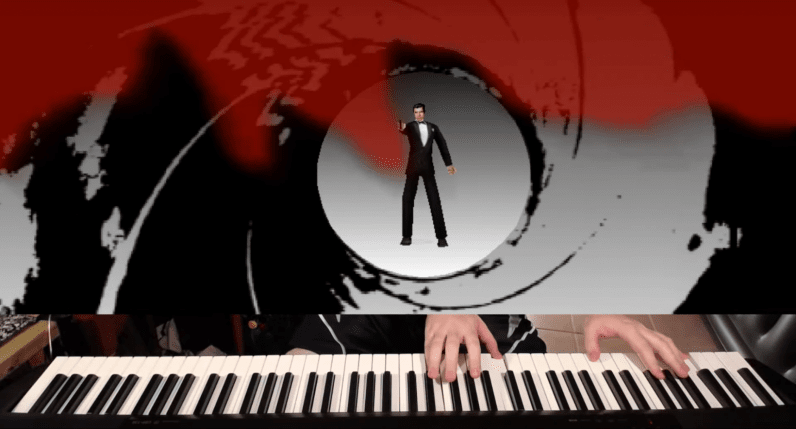 Few third-party Nintendo 64 titles have managed to maintain as fond memories as Goldeneye 007, a title that was many a 90s kid’s first FPS game. It also had some really catchy tunes. Now an enterprising YouTuber Jackson Parodi has combined music and gameplay by controlling Goldeneye with his digital piano.

The concept is pretty simple. Parodi simply maps different piano keys to buttons on the N64 remote. Considering the N64 only had one analog stick and Goldeneye made you aim with four C-buttons or the D-Pad anyway, it’s not as inconvenient a setup as it might seem.

You can watch it embedded below, or by clicking here:

As you might expect, playing the game on a piano doesn’t result in the most fascinating melodies, but at least it adds a little ambiance – plus you get to improvise during the cutscenes. Unfortunately Parodi has only played through the first level so far – hopefully he does more down the road.

This is far from the first time someone’s played a videogame using a piano. Someone did the same for Doom. Here’s someone playing CS:GO with a midi keyboard and flight stick. Here’s a videogame meant to be played with a violin. And here’s Fortnite played with a drum pad. I suppose a MIDI controller is still a controller, right?

Read next: Pixel 4 leaks show the notch will be replaced for a chunky forehead with a neat trick