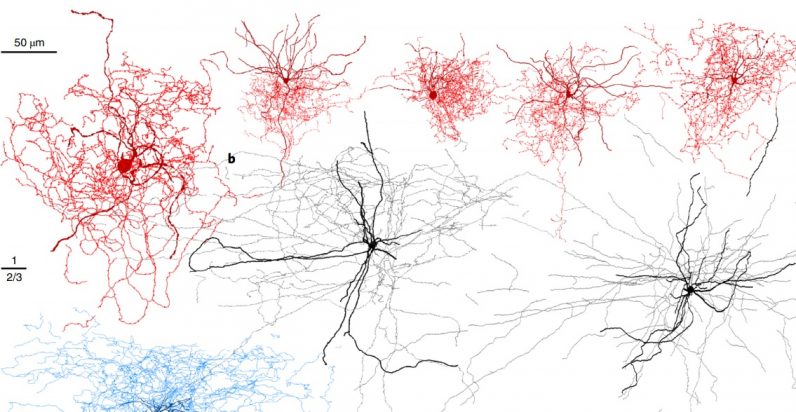 A team of scientists today unveiled the discovery of a new kind of brain neuron called the rosehip cell. What makes this find important? It may be unique to the human brain – and it’s found in the same area thought to be responsible for consciousness.

A team of international researchers consisting of dozens of scientists made the discovery after running complex RNA sequencing experiments on tissue samples from the cerebral cortices of two brain donors. The results were then confirmed with live tissue taken from patients who’d undergone brain surgery.

Upon discovering the rosehip cell, the researchers immediately tried to replicate the finding using samples gathered from laboratory mice – to no avail. It appears the cell is specific to humans, or potentially primates, but the researchers point out they’re only speculating these neurons are unique to humans at this time.

What matters is what the rosehip cell does. Unfortunately, the scientists aren’t sure. Neurons are tough nuts to crack, but what they do know is this one is belongs to the inhibitor class of brain neurons. It’s possible the rosehip cell is an integral inhibitor to our brain activity, and at least partially responsible consciousness.

Some scientists believe that human consciousness has something to do with wrangling reality from the chaos inside our brains. It’s been shown that an infant’s brain functions much like that of someone on LSD – babies are basically tripping all the time. Perhaps these neural inhibitors develop as our brains grow and help us to separate reality from whatever babies are dealing with.

But, of course, the real science isn’t quite as speculative. For the most part, the rosehip cell research is exciting because it’s filling in some missing pages in our atlas of human neural activity.

The brain is one of the most complex constructs in the universe, and the cerebral cortex is its most complicated part. It’s going to take a long time to figure the whole thing out.

The team intends to look for the rosehip cell in the brains of people who suffer from neurological disorders next – work that could lead to a vastly increased understanding of how the brain functions, and what causes it to break down.

Read next: Concept art offers a glimpse at a futuristic new MacBook Pro