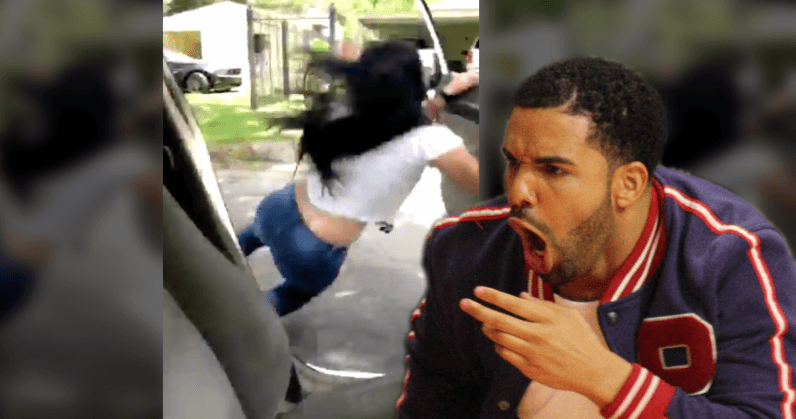 Remember the cinnamon challenge? Unknowing people on YouTube grabbed a teaspoonful of cinnamon and chugged it down before coughing up clouds of dust. It was stupid, but sometimes chuckle-worthy. Those were simpler times.

But as things often do, they escalated from there. There was the Kylie Jenner challenge. This one saw young girls grabbing a shot glass from their parents’ liquor cabinet before sucking forcefully to create a vacuum inside in hopes of getting fuller lips, a la Kylie Jenner.

It never really went according to plan. Instead, many were left with horrifically disfigured faces (at least temporarily), like what a caricature artist might draw when he got to Angelina Jolie’s mouth.

Still, though, it was relatively harmless and the worst case scenario involved some bruising that would fade in days or weeks, depending on just how much suction was applied to the shot glass.

There were Tide Pods. Remember that? No one is quite sure what the point was, other than an advancement of the sort of feebleminded one-upsmanship required to hit on the next viral trend.

I really thought that was the culmination of youth stupidity, the YOLO moment of internet viraldom. It wasn’t.

Now people are jumping out of moving cars… for Drake. This “challenge” involves hurling yourself from a moving vehicle to dance to an admittedly catchy (I hate myself) tune called In My Feelings. Perhaps they too are wondering if Keke really loves them, but as John Cusack showed us in Say Anything, there are better ways of finding out.

(In fairness, I also want to hurl myself from a car on occasion when listening to Drake, but I digress.)

The challenge started with an American comedian, Shiggy, who posted a video of himself dancing to the tune, captioned “KEKE DO YOU LOVE ME” — the song’s hook.

A few days later, in celebration of all things patriotic, NFL superstar Odell Beckham Jr. joined in the fun. In his video, just like in Shiggy’s, the aspirational So You Think You Can Dance contestants weren’t jumping from a moving vehicle. Beckham, in fairness, did jump from a vehicle; but it appeared to be parked.

The meme took off from there. In recent days, we’ve seen DJ Khaled, Will Smith, Charlamagne Tha God, and Ciara take part in the fad, among others. It’s all in good fun, a viral sensation much like doing The Dougie, or planking. Laughs were had, people had a good time, and no one got hurt. Social media users could revel in the success of creating something wholesome.

But then the types of people that aspire to be famous for doing something stupid got involved. Some fans of the song, or of Drake, or of dying prematurely, attempted to up the stakes by jumping out of moving cars this time.

There was this asshat, who posted “I almost died” before posting video proof.

Or there’s this one, Carolina, who had the social savvy to post an email address “for licensing and use.” Regrettably for Carolina, who seemingly ate one too many Tide Pods, it’s doubtful big brands are going to line up to license a video that promotes the type of stupidity they’d all like to avoid.

But if they do, hit me up; I’d like to call them out on it publicly.

Not all attempts went so poorly. Ariana Taylor seemingly had the good sense to have the driver slow down before attempting the challenge. She also jumped out of the passenger side of the vehicle, unlike these other idiots.

But it still didn’t really go according to plan… wait for it.

I’d like to think there’s a lesson we can learn from all this, but I’d also like to think that lesson — don’t jump from moving cars — is something we should have learned long ago. So, if you’re jumping out of a car to be internet famous: Stop. Everyone else, have fun.

Edit: A previous version of this piece said the cinnamon challenge wasn’t dangerous. We stand corrected, eating cinnamon can really fuck you up.

Read next: A beginner's guide to AI: Computer vision and image recognition