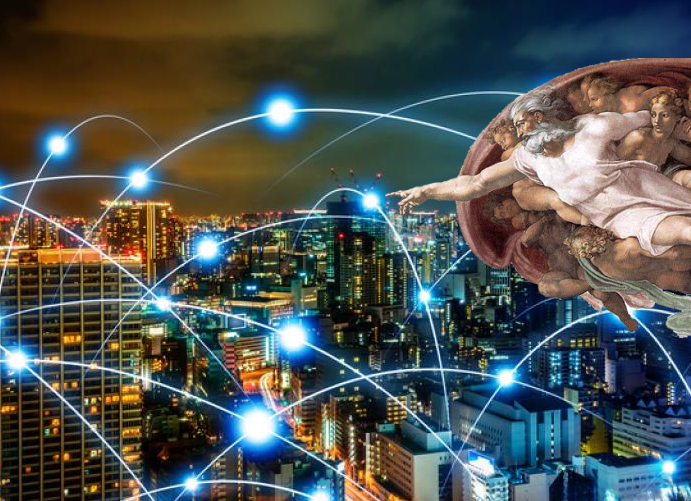 Building a smart city from the ground up is a complex challenge that requires the cooperation of multiple stakeholders — such as governmental institutions, large enterprises, and small businesses

Understandably, this cooperation between different stakeholders isn’t all rainbows and unicorns. Corporations often fight with municipalities over local taxes, threatening to bring their jobs elsewhere. Startups look at corporations less as potential partners and more as Goliaths that need to be brought down. And, in all of this, municipalities must assure that cities remain cities, a welcoming spaces for all citizens, and not tech hubs with unaffordable housing.

If it wasn’t for the strained relationship between these stakeholders, we’d be able to establish truly smart cities much faster. That’s why TNW and Vodafone have decide to join forces and solve this problem by harmonizing institutions, corporations, and startups. In order to make smart cities a reality, the two companies have created a program that aims to produce concrete IoT solutions for cities in just six months.

But before delving into the program, it’s important to understand what actually constitutes a “smart city” and “IoT solutions” — because the terms have been thrown around lightly in the past.

In a smart city, these devices are used to gather data that’s in turn used to manage the city more efficiently. For example, here in Amsterdam, the project SmartFlow consists of a cloud-based platform which manages and monitors sensors across the city to report traffic flow and parking availabilities. This way, it’s possible to reduce the average time of finding a parking spot of up to 43 percent.

Aside from Amsterdam, other examples of smart cities are Copenaghen, Singapore, and Stockholm.

The ultimate utopian goal is that in the future we’ll live in cities as smart as Golden City, the capital of Black Panther’s Wakanda. In the imaginary capital, technology enables an economic system that’s at the same time advanced and sustainable.

Unfortunately we haven’t discovered Vibranium yet, so to bridge the gap, Vodafone and TNW partnered up to create a six-months challenge that aims to produce concrete solutions to make cities smarter.

You can find a complete overview of the challenges here.

So how exactly do these 10 organizations plan to solve their challenges? Well, as we said, you can’t build smart cities on your own. You need to partner up. That’s why these organizations are looking for the best and most innovative startups to help them find a solution.

Thursday, May 24 the Vodafone TNW IoT challenge will kick off at TNW Conference in Amsterdam. All the partners will meet and discuss their projects.

Then, between June and August, TNW and Vodafone will scout for the best startups to solve the different challenges.

September, 5 the selected startups will be announced to the partners.

September 6 and 7, the implemention of the program will be kick-started with a two-day event.

In October and November, partners and startups will work on a proof of concept that will be showcased in December — when it will hopefully be time to seal a few deals, celebrate, and bring the partnerships to the next level.

Head here for a complete overview of the timeline and of the program setup.

Throughout the program, TNW and Vodafone will provide startups with all the technical support that they need to successfully implement their solution within the partner’s company.

The overall aim of the challenge is to create projects that represent a great business opportunity for both partners and startups, while at the same time having a positive societal impact on the cities where they will be implemented. It’s what we could call “a win-win-win situation.”

“The Vodafone TNW IoT Challenge shows how the Internet of Things can create solutions that make our daily lives easier,” said John Van Vianen, executive director of VodafoneZiggo. “And I’m happy that Vodafone is at the forefront of this revolution.”

Are you a startup and you got what it takes to solve one of the 10 challenges? We dare you to prove it. You can apply for the program here.

Read next: StumbleUpon is calling it quits after 16 years