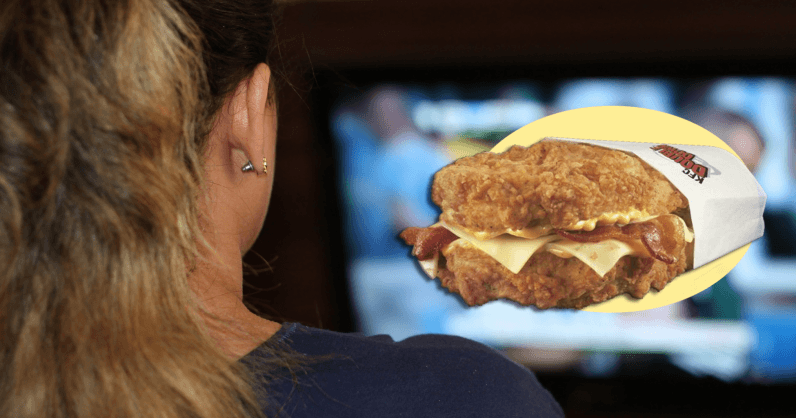 A recent study by Cancer Research UK revealed those watching more than three hours of television a day were more likely to eat hundreds of additional snacks per year, the kind of snacks known for making you fat. Interestingly enough, though, it wasn’t the sedentary behavior, per se, that did the average TV watcher’s waistline in; it was the advertisements.

Based on a YouGov survey, the organization questioned 3,348 young people between the ages of 11 and 19 on their TV viewing habits and diets.  Researchers found that when youngsters watched TV without advertisements, they tended to snack on healthier food items — or not snack at all. Those with their noses in the latest commercial-ridden primetime television were more than twice as likely (139 percent) to drink soft drinks and 65 percent more likely to eat fast food.

According to Dr. Jyostna Vhora, lead author of the study:

This is the strongest evidence yet that junk food adverts could increase how much teens choose to eat. We’re not claiming that every teenager who watches commercial TV will gorge on junk food but this research suggests there is a strong association between advertisements and eating habits.

Take from this what you will, but I’m choosing to focus on the positive: Netflix is a healthy life choice.

Read next: How Twitter could have avoided this week's DM scandal