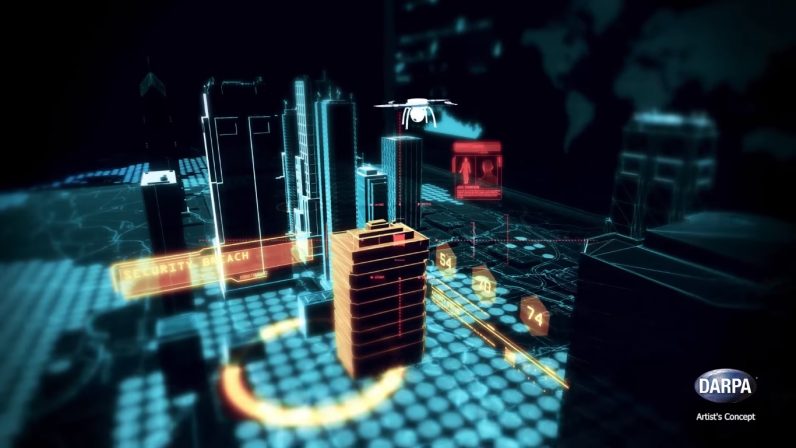 The US Department of Defense (DOD) earlier this month announced its “drone sprints” project, aimed at advancing “drone swarm” technology. It’s calling on developers nationwide to come up with usable solutions to the challenge of deploying and controlling hundreds of unmanned air and ground vehicles in an urban combat environment.

The Defense Advanced Research Projects Agency (DARPA) — the government think-tank responsible for the program — released this YouTube video, which comes off as very “Dharma Initiative.” In it, Dr. Timothy Chung, a DARPA program director, details the government’s plans to take drone warfare to the next level.

The Pentagon intends to shore-up its drone capabilities by expanding on five key strategic areas in order to implement drone swarms at scale:

DARPA will hold “swarm sprints” every six-months in order to promote accelerated advancement in tactical drone deployment. According to Dr. Chung, this will help the DOD stay up to date as technology continues to develop at a rapid pace:

By having swarm sprints at regular intervals, we’re able to ensure that we’re keeping up with the latest technologies – and are in fact helping inform and advance those technologies – to better suit the needs of the OFFSET program. Given the wide range of capabilities that we’re interested in, we’re looking for wherever those innovative solutions are going to come from, whether they be small businesses, academic institutions, or large corporations.

The big idea, for DARPA and US warriors, is the capability for individual service-members to launch and control 250 or more drones at a time. This includes both aerial and ground-based robots, with a focus on combat in urban environments –like cities or villages.

Working in conjunction with “play books” on laptops or tablets — likely resembling a digital database of strategies similar to the one you might find when calling plays in a video game like EA Sports title Madden — and real-time management software, soldiers will be able to isolate objectives in urban environments without risking friendly casualties.

The US government’s previous efforts at drone swarms included the Perdix automated drone system, which ties 103 surveillance drones together as a single autonomous unit. This system was developed for high-altitude deployment and doesn’t address the unique challenges faced in urban environments.

The future of warfare is starting to look a lot like a real-time strategy game, which might be a good thing – it’s about time our species started keeping score with something other than human lives.

If you want to help Uncle Sam teach drones how to flock together for the cause, you can get more information here.

Read next: How any leader can become a meetings hero