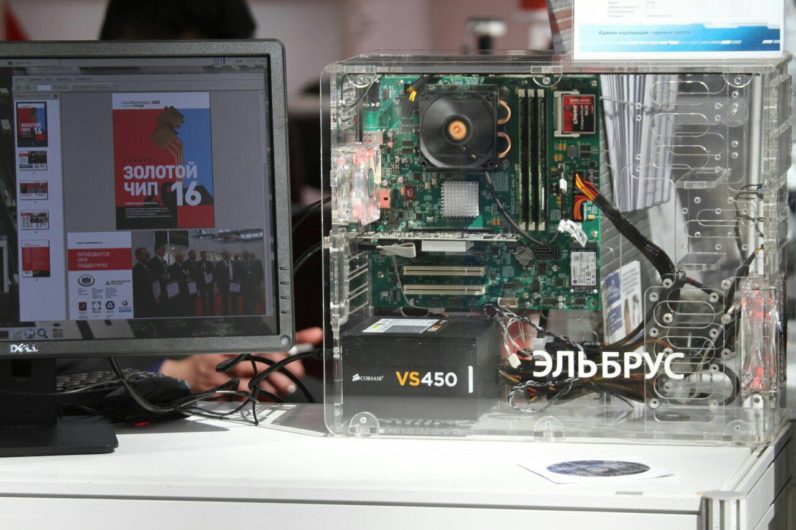 According to Ruselectronics, the chip is between three and five times faster than the previous Elbrus-4S processor, and has I/O channels that are eight times higher.

The Elbrus-4S, which came out in 2015, was sharply derided in the tech press for slow performance, with PC World editor Mark Hachman comparing it a CPU from 1999. While the Elbrus-8S doesn’t compare to contemporary Intel and AMD silicon, it does represent a significant leap forward.

Ruselectronics also said that the chip contains features that “guarantees its users a high level of information security,” although it’s not immediately obvious what these are.

In recent years, Russia has attempted to wean itself off US-made technology with its own domestic offerings. The justification for this is part economic, but also from a national security perspective.

Last year, it announced that it is working on a Sailfish-based operating system as the basis of its own Android-alternative, which will be used within Russian government agencies and state-owned corporations.

Deputy CEO of Ruselectronics Arseny Brykin said that we can expect the first batch of PCs running the Elbrus-8S by the second quarter of 2017.

Is the Elbrus-8S likely to dethrone Intel — or at least pose a realistic threat to the company? No. But I’m a big fan of competition, and I’d love to see the desktop silicon world become anything but a two horse race.

Read next: Leadership with Social Media: 7 Essential Tips for The New Leaders