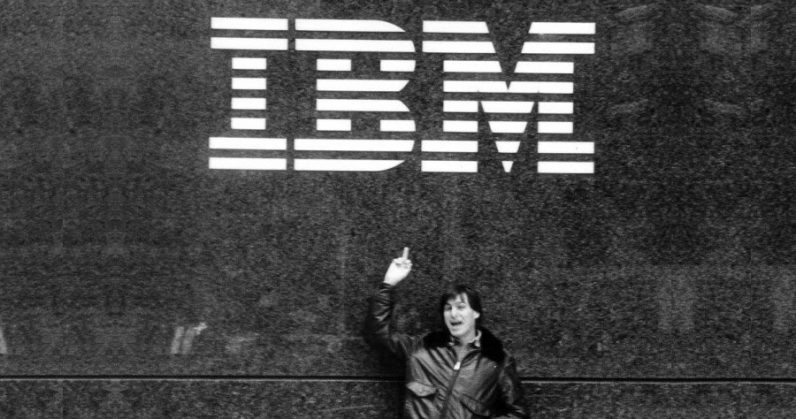 It appears IBM has some pretty conflicting views on the topic of remote working.

The company’s Smarter Workforce branch recently hosted a panel at the Society for Industrial and Organizational Psychology (SIOP) conference where it concluded that work-from-home talent tended to be “more engaged, have stronger trust in leadership and much stronger intention to stay.”

Paradoxically, three months ago Big Blue instructed its own employees to drag their asses to one of their six main office spaces and work “shoulder to shoulder” or risk getting axed. The move practically put an end to IBM’s decade-old remote working policy.

Leaning on insights from the public sector and the world of academia, the panelists came to the revelation that “teleworking works, and that associated challenges can be managed with careful planning and communication.”

IBM further noted that, “[c]hallenging the modern myths of remote working shares employee research revealing that remote workers are highly engaged, more likely to consider their workplaces as innovative, happier about their job prospects and less stressed than their more traditional, office-bound colleagues.”

However, this sentiment clashes big time with the view held by IBM Marketing Head Michelle Peluso, who a few months ago said the following:

There is only one recipe I know for success, particularly when we are in as much of a battle with Microsoft and the West Coast companies as we are, and that is by bringing great people with the right skills, give them the right tools, give them a mission, make sure they can analyze their results, put them in really creative inspiring locations and set them free.

Leading by example goes a long way, IBM… Maybe consider this next time you try giving advice that your own executives deliberately sought to avoid.