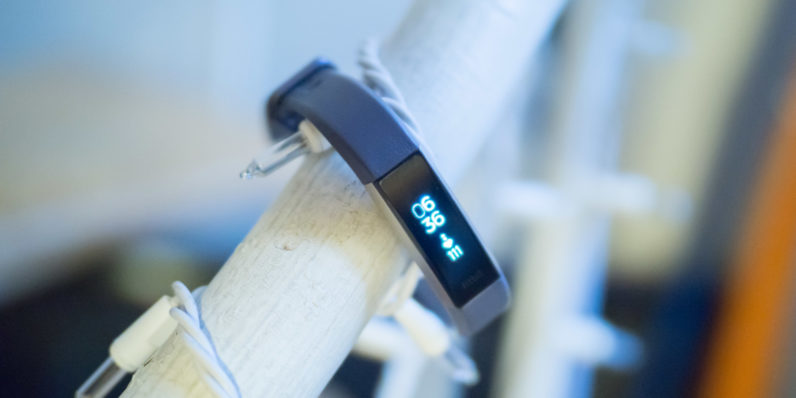 A Connecticut woman’s Fitbit may have helped bring her murderer to justice.

Connie Dabate was shot dead in her home December 2015. Her husband, Richard Dabate claimed he left for work around 8:30, only to return a half-hour later to see “a masked man — about 6-foot-2 and stocky with a Vin Diesel voice.” The man allegedly tortured Richard, shot Connie with her husband’s gun when she arrived home from a gym class, and then ran when Richard escaped and called the police.

So far, so Law & Order. When the police started inspecting the couple’s digital footprints, however, they found Richard’s story more full of holes than a Swiss cheese firing range.

First, the home security system recorded no signs of a struggle, and the alarm only went off an hour after the alleged altercation. Second, forty minutes after not-Vin Diesel was supposed to have shot her, Connie posted two videos to Facebook and sent a message to a friend from her home.

Finally — I’d call this the smoking gun if that weren’t insensitive — Connie’s Fitbit, which she’d worn to the gym, showed her walking around her home an hour after her husband said she’d been killed. She walked 1,217 feet total.

It took police more than a year, but they eventually used Connie’s walking data and Facebook to get a warrant for Richard’s arrest. It’s not yet common to use data from wearables in prosecution, though one district attorney in Pennsylvania used Fitbit data to disprove a rape claim.

A Marriage Marked By Secrets, A Murder Case Months In The Making on Hartford Courant

Read next: Google Trips gets a big update to help you plan your next vacation