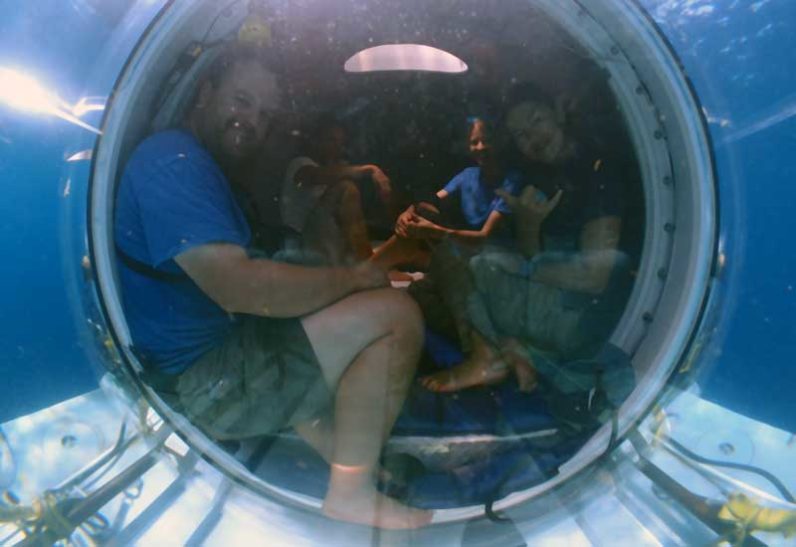 While Jeff Bezos and Elon Musk throw money at the heavens, Stockton Rush has a more terrestrial goal in mind. Rush, the co-founder and chief executive of OceanGate — a company taking underwater tourists, or “mission specialists” on tours of sunken ships and underwater sights — reminds us that there’s a an alternative to space exploration that’s much closer to home.

Humans have only explored around five percent of the world’s oceans, according to the National Oceanic and Atmospheric Administration. That’s probably not changing any time soon. The US currently spends about $32 million a year on ocean exploration — as opposed to $19 billion in space.

Rush hopes to make a dent in the deficit by commercializing ocean exploration, something OceanGate is already doing with twin submersibles Antipodes and Cyclops 1.

But first, he has to educate the public. There are prevailing myths worthy of clarifying, and the first of these, according to Rush, is that submarines are dangerous. “In the last 35 years, there hasn’t been a serious injury, and there have been over 15 million people going,” Rush said. “Statistically, [submersibles are] the safest vehicles on the planet.”

The second myth is that it’s expensive. And, in fairness, it has been until now. Most of this expense came from government inefficiency and prideful declarations that involved building subs capable of diving deeper or traveling faster than others from rival countries. A privatized fleet of commercial subs could, he believes, incentivize innovation to lower the costs associated with submersible exploration.

Although only a fraction of the cost of space travel, hitching a ride on OceanGate’s new sub won’t come cheap. According to Rush, the inflation adjusted price of $105,129, is roughly the cost of the Vanderbilt suite — the first-class suite on the Titanic.

But once OceanGate begins ferrying wealthy passengers on once-in-a-lifetime trips, these “mission specialists” can help the company fund private research such as collecting samples, charting wrecks, and exploring vast expanses of underwater territory all while enjoying an experience few others are privy to.

Read next: Netflix renews Adam Sandler deal because you have awful taste in movies