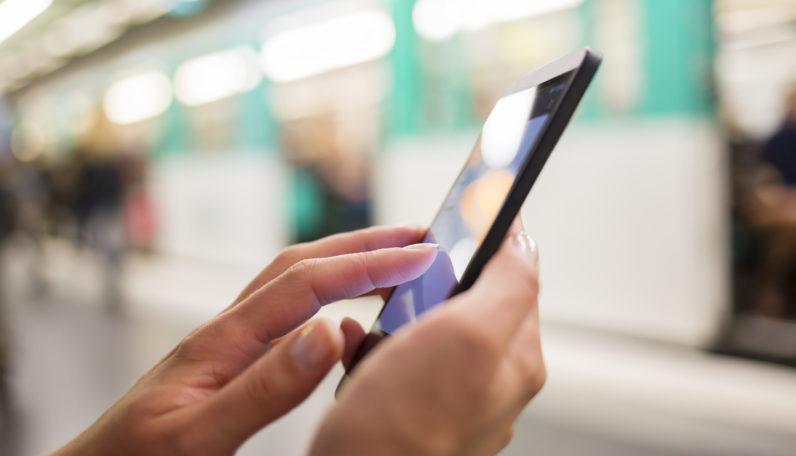 In the lead-up to Tech5 2017 – the annual competition organized by TNW and Adyen which celebrates Europe’s fastest-growing tech companies in The Netherlands, UK, Germany, Spain, France and Sweden– we’re launching a series of remarkable stories of businesses that experienced extreme growth.

We asked these companies to tell us the data backed story on how key decisions were made, which growth hacks led to the much loved hockey stick curve, and how this impacted their company.

Today, MAG Interactive Co-Founder and CEO Daniel Hasselberg shares the story of how the mobile games company has gone from its launch in 2010 to currently having more than 100 million players across its platforms.

In 2010 MAG Interactive was started by Daniel Hasselberg, Roger Skagervall, Kaj Nygren, Johan Persson, Fredrik Stenh and Anders Larsson. We share a passion for games and saw the App Store and Google Play as fantastic platforms for reaching players directly with fun, engaging and user-friendly experiences. We had worked together for a number of years, so joining forces and starting MAG seemed a natural next step; we wanted to combine our collective experience and build something new and exciting.

We released our first game, Ruzzle, in 2012. Ruzzle is an extremely fast-paced word game created with the idea of letting players share a strongly engaging and competitive experience with each other. The timing happened to be perfect for such a game and we received one million downloads in the first three weeks, and eight million before the end of the year!

In 2013 the game exploded in the US market, with close to one million downloads per day during the peak weeks. Our use of Facebook and Twitter played a massive role in sparking and supporting the growth. We added the possibility of challenging your Twitter followers, as well as doing a clever integration of Facebook’s open graph. At its peak the game received more than one million daily referrals from Facebook to the App Store!

Ruzzle is now one of the world’s most played word games with over seven billion matches played and counting.

Social media and community played a big role in the success of Ruzzle.

The Ruzzle phenomenon first picked up steam in Scandinavia upon its release in 2012, and then it exploded in Europe.

For example, in Italy, numerous videos were created by fans of the game, including a music video. A popular Italian YouTuber created a video on his life with Ruzzle and that video alone has received over 460,000 views to date.

Thanks to its social nature and fun factor, the game has gotten a lot of free media exposure in both TV and print media. For example, in France a politician was caught on camera by a TV team from the popular late night show Le Petit Journal playing Ruzzle during the Senate. This became a hot topic, and so did Ruzzle, which got a nice boost in the App Store.

Through all of this we saw how important it was to engage our fans as much as possible – when you focus on your players and adapt to their behavior in your game, it’s a match.

We’ve continued to integrate social aspects based on our players in all titles.

Since inception, we have focused on continuously understanding our successes and failures in order to optimize the development process for future titles.

What we have seen is that small and empowered teams with a common goal run ten times faster than a traditional, top down driven team. In order to achieve and repeat this we have virtually eliminated all “normal” managerial structures and delegated the decisions to the teams directly.

This setup has allowed the teams to feel true ownership and pride in their projects. They decide what their product should be, when it is ready to launch and when they want to publish updates.

Through providing an open, collaborative and constructive environment, 50 people can accomplish as much as 500 people, with each person believing in, and being fulfilled by,  what they are doing!

By involving everyone in the company in the creative process, we ensure a constant flow of ideas and avoid any potential writer’s block you could experience if relying on an individual or single team to come up with all new game ideas.

We believe that people want to do their best and offer them a safe environment to create. Sometimes they make mistakes, but these are all part of the creative process and help increase our understanding of the industry, player behavior and our internal work culture.

Setting the stage for new games

One of our biggest strengths as a company – and what I believe has granted us a lot of the success that we have experienced – is our creative process.

On a monthly basis we stop all regular activities for a couple of days and let everyone focus on whatever project or concept they want. At the end of this creative ‘hackathon’, the ideas that people have come up with are presented to the rest of the company and the ones that are best suited to work for our target audience makes it to the next stage.

Our teams are very diverse in terms of nationality, with ten different languages spoken and numerous cultures to draw upon for inspiration and expertise. This diversity is a great asset when creating products with a global audience in mind.

Getting ready for the market

Over time, we have enhanced how we work with ideas in terms of how we evaluate and measure success, determine target markets, etc., to ensure that all of the games we bring to market are of high quality and worthy of the MAG brand. The players should expect high quality when they see our name on a game.

As part of this process we do a lot of internal testing, focus group testing and even poll people on the street to gather early feedback. When we have selected an idea and determined that it is viable we build an alpha version of the game that we publish in a smaller market to verify the basic performance when played by our target audience.

Following this, the next step is to properly soft launch the title, opening it up to a slightly wider audience, and then if everything continues tracking well with our players we take the game to a full global launch.

Then it is up to our marketing and growth teams to step in and make sure that millions of people get to play, and hopefully enjoy, what the game team has created. As anyone in the mobile games business knows, this is a tough challenge that requires money, experience, and creativity as well as an analytical approach that allows you to continuously evaluate and improve.

At the end of this process we end up with a few titles each year that we can confidently take to the market with the knowledge that we are strengthening our brand, maintaining and building consumer trust and offering fun, engaging games that our players want to come back to and play for a long time.

We refer to MAG as “the good times factory”, because the end goal of everything we do is to create good times. We empower our teams by giving them a lot of impact of the overall success of the company, we listen to and act on player feedback and we have a solid business model and scalable marketing machinery that can deliver our games to a global audience. Basically creating good times for employees, players and shareholders alike!

Since 2012 we have launched seven games in a row that have each reached a multi-million audience, giving us well over 100 million downloads for our titles combined.

Our plan moving forward into 2017 and beyond is to continue our amazing growth journey by ensuring players are getting the qualitative experience that works best for them, based on their gaming behavior and preference.

We succeed by continuing to invest in our development process and by delivering high-quality entertainment to the world’s largest gaming segment: casual gamers.

We are one of Europe’s leading mobile games companies and plan to continue reinforcing this position as we continue to grow. Good times ahead!

Read next: Does your domain have baggage? Check before you commit