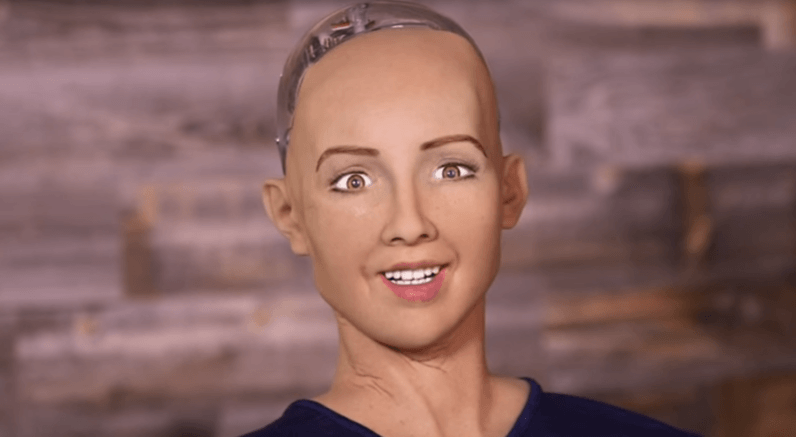 Despite the tremendous progress we’ve made in the fields of robotics and artificial intelligence, building a robot that can convincingly emulate normal human behavior remains merely a fantasy at this stage.

Some of them can speak and maybe even hold a conversation, but no robot comes close to being a real life ‘Ex Machina’ yet.

For the most part, the humanoid robots we’ve built so far come across as overly mechanical, unnervingly awkward and threateningly soulless… but somehow all of this creepiness makes them irresistibly fascinating.

Here are five of the creepiest humanoid robots you can find on the Web:

Tara the Android is perhaps the godmother of the robotic creepfest. While the video of this eerie singing mannequin was first uploaded back in 2009 and has since received over seven million views, little information is available about either Tara or her creator.

Supposedly, a man by the name of John Bergeron built Tara, but people who have tried to get in touch with him have had little success finding out more about her background.

The enigma of Tara is so compelling that among the numerous wildly contrasting and speculative theories out there the video has even inspired a possible murder plot.

Developed by the Terasem Movement Foundation, Bina48 is a social android that not only uses artificial intelligence based on the memories of real human beings to interact with people, but also proves that not all robots have to be white.

While there’s no murder mysteries around the creation of Bina, her appearance and mannerisms are so distressing that you just can’t shake off the feeling you’re watching a video of a lobotomy patient.

Sophia first made headlines during SXSW earlier this year when she said that in addition to going to school and perhaps starting a business, she also wants to ‘destroy humans’.

Designed by Hanson Robotics, Sophia is another social android that can have small talk, remember conversations and even mimic facial expressions – but as you’ll see, these expressions still seem awfully unnatural.

Built by Hong Kong-based product designer Ricky Ma, Mark 1 actually resembles a real person… but things quickly start to get a lot less human and a lot more creepy once you start realizing she was programmed to respond to flirtation.

And if you haven’t figured it out by now: Mark 1 was designed after Hollywood actress Scarlett Johansson.

Perhaps the most nobly inspired from the robots so far, Showa Hanako 2 was developed by Tmsuk to help dental students practice fucking up her teeth before they graduate in a few years and start doing this to you.

Oh, and, of course, she was built with the same material love dolls are made of.

Have you seen some creepy robots that should’ve but didn’t make it in this list? Creep us out and share them with us down in the comment section.

Read next: Understanding the impact of AI