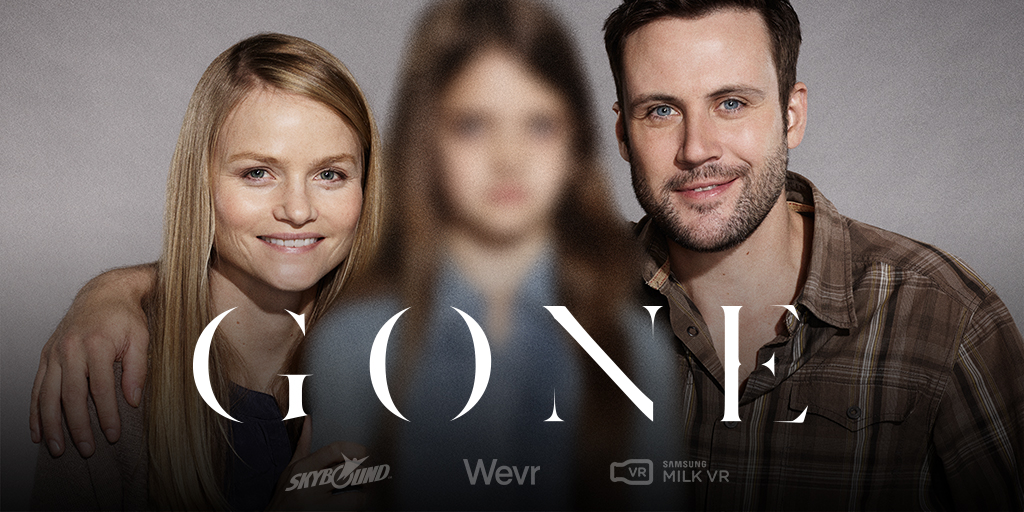 The scene opens to a children’s playground in a park. Two mothers are having a conversation on the bench as their kids run about. You can choose to stay focused on the women and listen to them talk, or investigate the playground to see where their children are playing.

And you should – because in a matter of minutes, a girl goes missing, and thus begins the mystery-thriller series, “Gone,” produced by the creators of “The Walking Dead.”

At SXSW, the cast and crew of “Gone” discussed the many challenges of creating a thriller flick in 360 degrees. For one, the camera man can no longer sit behind the shot as he’ll be visible in the end result. Then, they have to hide clues and create mystery all in one continuous shot.

In “Gone,” viewers can watch the episodes and explore the scene for hints about who’s behind the abduction. They can also look for “hot spots,” which lets them zoom in and look closer at an object or a different vantage point.

The mini-movie is designed for maximum re-watchability, so you can focus on a different view of the story to uncover what you may have missed the first time. The goal isn’t for you to solve the mystery per se, but to expand on scenes that would otherwise dictate their own narratives.

“What you see is as important as what you don’t see,” executive producer David Alpert said during the SXSW panel.

It’s an innovative and technologically-challenging way to think about movie making, from scripting to filming. Alpert even admits that the team makes stuff up along the way as it’s the first time they’ve tried their hands at something this complex.

I’m often skeptical of VR; at its current stage it seems mostly gimmicky, but “Gone” is the first kind of narrative that is entertaining, immersive, and honestly terrifying. Not only do you witness how the scenes play out, the VR component makes you feel like a part of the story. When something disappears or appears, the level of spookiness changes depending on the direction you’re looking. It’s refreshing to see horror go beyond creepy dialogs and visuals.

This is what thrill seekers have been yearning for: an opportunity to feel genuinely scared through a form of entertainment. Just as long as you keep your eyes open.

“Gone” is available to watch through the Milk VR app.

Read next: How to research US presidential candidates without ever leaving Google