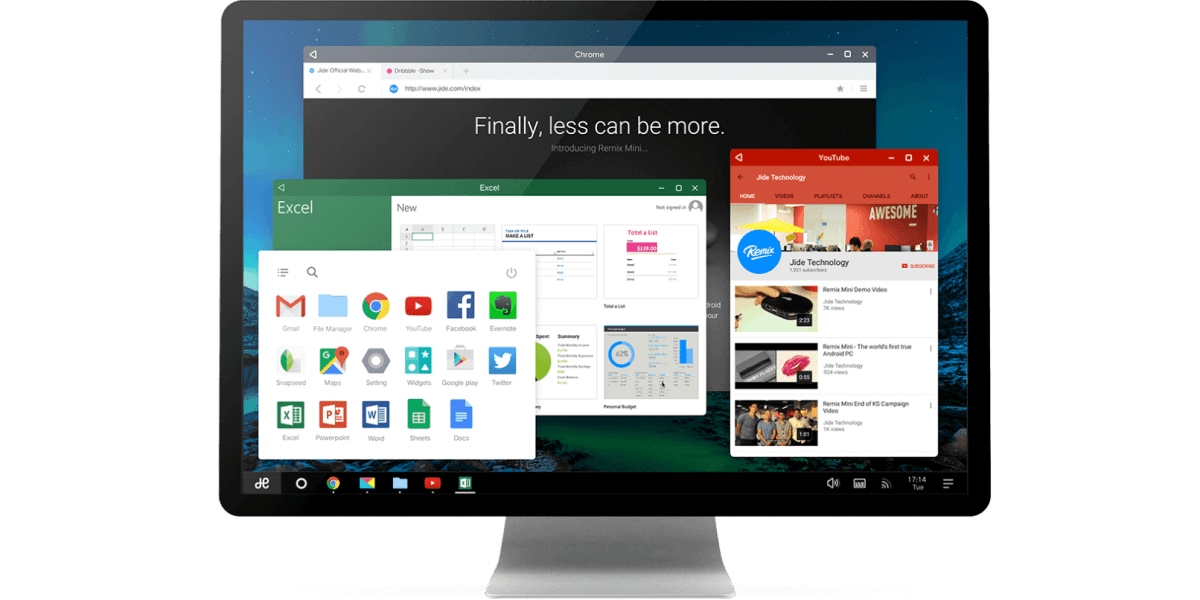 Jide, the company behind the desktop-optimized fork of Android called Remix OS, has announced that the platform is being updated to support a whole range of old hardware, as well as bringing new features and squashing bugs.

While last month’s announcement brought an alpha version of the OS for X86 machines, today’s announcement heralds the arrival of a more stable beta build and support for 32-bit hardware (i.e. that really old PC you’ve got at the back of a cupboard somewhere).

Alongside the 32-bit hardware support, Jide says that the new version – which will be available to download from March 1 – will also offer dual-boot support through a new hard drive installer. It also brings in OTA update options, meaning users won’t have to worry about losing data (in theory) when performing an upgrade.

A stable, non-beta, release should arrive “later in the year,” according to the company.

One thing worth keeping in mind, however, is that as Remix OS significantly changes the way Android works (and the way apps are displayed due to the different form factor of the devices that can run it) it’s currently undergoing re-evaluation by Google for having Play Services and the Play Store pre-installed.

The company expects approval at a later date, but for now, you’ll have to sideload Google Play Services following these instructions.

Update: While the Jide website recommends USB 3.0 ports, you don’t actually need them to install Remix OS. It will run on 32-bit computers that have only USB 2.0 ports, a company spokesperson said.

Read next: Hack your work’s Wi-Fi with this anonymous messenger app