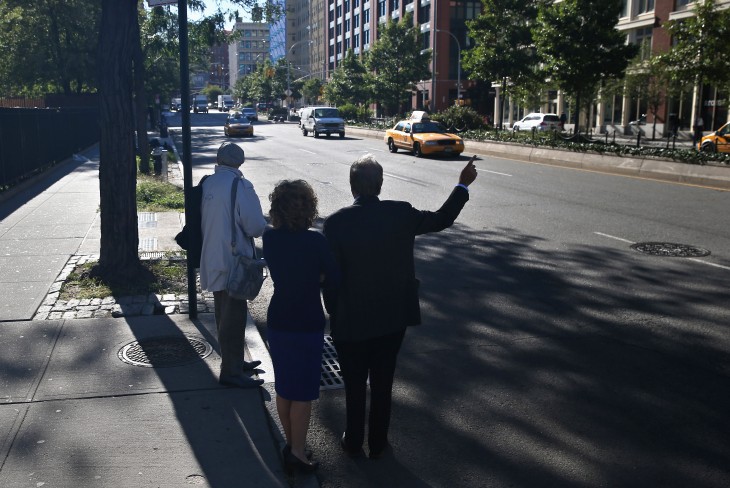 California regulators have approved rules that regulate ride-sharing services, becoming the first in the nation and creating a precedent for other states to follow. The vote by the California Public Utilities Commission (CPUC) was unanimous.

These rules will affect popular services like Lyft, InstantCab, and Sidecar, along with UberX. Based on today’s decision, drivers will need to obtain a permit from the CPUC, undergo a criminal background check, successfully pass a driver training program that each company is required to set up, and adhere to a zero-tolerance policy on drugs and alcohol. Each company must also offer insurance coverage.

But that’s not all, as the CPUC will be charging these companies one-third of one percent of total revenues in fees.

With respect to insurance, the state is requiring companies maintain commercial liability insurance policies of no less than $1 million per-incident coverage. Of note, in its decision, regulators refuted claims that Lyft, Sidecar, and Uber/UberX don’t have insurance, which some have cited as a reason for the companies being illegal and a danger to society.

The whole ride-sharing issue came to a head following a decision by the CPUC to hear arguments over how regulations could be put in place to not only protect the taxi industry, but also ensure that e-hail services could also be legal and exist peacefully. For most of 2012, we kept hearing about how these companies were served with cease and desist letters and also subject to retaliation from the taxi lobby.

Sidecar expressed its happiness at the news with this tweet:

It’s official! Rideshare is a new, official transportation category in CA! Thank you all for your support, we couldn’t have done it w/o you!

The CPUC will be revisiting this ruling in one year’s time to hear from all parties to see how their ruling impacts business and society.

Whether this puts an end to the war between ride-sharing services and the taxi lobby remains to be seen. However, this certainly gives momentum to Uber, Lyft, and Sidecar to continue their expansion and challenge regulatory complications in other cities, such as in Los Angeles, Portland, Denver, Washington, DC, and in New York City.

Today the California Public Utilities Commission (CPUC) made history with a unanimous, groundbreaking vote to authorize peer-to-peer transportation in the State of California. More than 300 community members showed up to have their voices heard, and together helped ensure an exciting path forward for our movement.

This news is the result of a long and thoughtful process throughout which your participation as drivers and passengers has been instrumental. When we first received a cease-and-desist letter from the CPUC last year, you came together and spoke out. Your stories, enthusiasm and support fueled us forward, and today you’ve been heard.

New innovations in transportation have always played a large role in our country’s economic development, from the construction of our railroad system in the 1800s that powered the industrial revolution to the Interstate Highway System of the 1900s that ushered in a new era of growth. And thanks to your involvement, we’ll now be able to look back in 10 years knowing that today was a milestone that paved the way for our generation’s peer economy.

So the next time you hop in a Lyft, we encourage you to thank the person next to you for making this all possible. We’re all part of an important and historic movement powered by people to make the world a better place through transportation, and it’s just beginning.

Thank you for being part of it.

Read next: Google makes Quickoffice for Android and iOS free for all, bringing Microsoft Office editing to the mobile masses