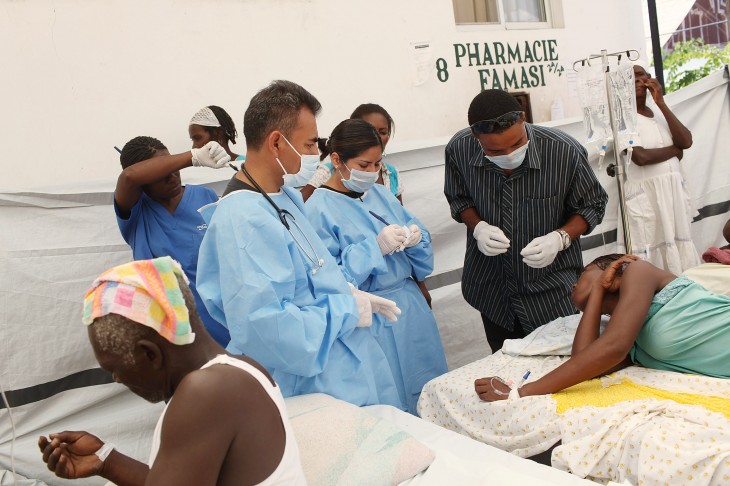 Non-profit crowdfunding platform Watsi has raised $1.2 million in its philanthropic seed round from a bevy of noted investors. The investment gives the organization funds needed to help it pay for medical treatments around the world.

Considered to be donations to its cause, it’s a bit unconventional for most startups — but then again, Watsi isn’t just any company. It’s noted as being the first non-profit admitted into Y Combinator and during its Demo Day, Watsi’s founder Chase Adam declined to accept investor money, instead he requested that the crowd make donations to one of the causes on the site.

The involvement of Graham probably shouldn’t surprise anyone. He has a strong affinity for the organization — after all, his first and perhaps only board seat is with Watsi, something he called one of the “more revolutionary things that I’d seen the Internet used for.”

Watsi says that this round signifies a change in the future of non-profit fundraising. It gave itself a three-month deadline to raise capital and targeted leading technology investors and philanthropists. “Our goal was to convince leaders in technology to throw their weight behind scaling social good the same way they scale for-profit ventures,” says Adam.

If you’re not aware, Watsi functions similar to Kickstarter, but looks to provide healthcare services to anyone in need. 100 percent of all donations will go to fund medical care for patients — the organization does not take a cut — and to date, it has helped more than 500 people in 16 countries. So while most funding announcements you might read on TNW involve investors taking shares of a startup, this is different — the funds are being used to invest in the wellness of others.

The $1.2 million will go towards supporting Watsi’s operations for the next 18 months. It’s will not be used to help the organization achieve financial sustainability. Rather, to meet that goal, it has said it plans on implementing “various activities to raise organizational funds, including asking donors for an additional contribution to Watsi when donating to a patient, forming corporate partnerships, and licensing software.”

Read next: Yahoo bundles up its fantasy games into a new Fantasy Sports app for Android and iOS