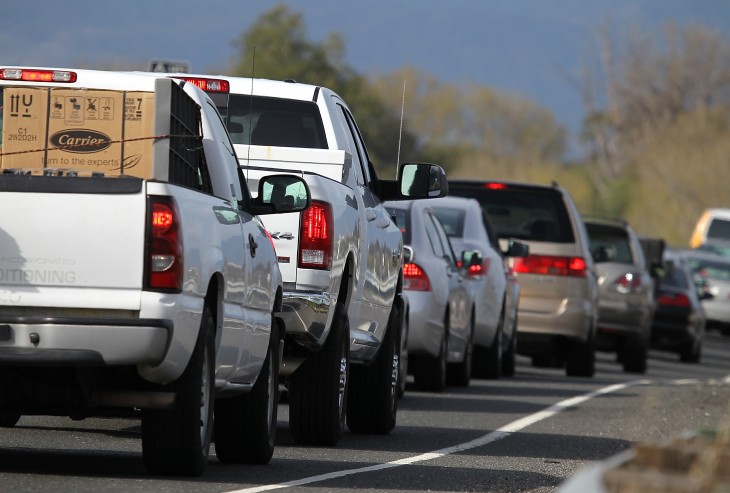 For the last few years, articles about holiday web traffic loss have been the norm. With everyone from web power players to casual bloggers, and their audiences, (thought to be) enjoying holidays with loved ones, the world’s typical two week break from daily life—including the Web—has been blamed for drops in web traffic.

If some sources are to be believed, the ever-expanding web market means a holiday break’s unthinkable; this 2010 Gomez report discussed why even small setbacks in traffic loss are cause for worry, hitting where it hurts most: the wallet.

“Even small numbers can have a big impact on your business,” the report says.“…According to studies by the Aberdeen Research Group, the industry average is 97.8% availability. Not bad right? Wrong. Consider what a two percent lack of availability really looks like: it means your site is out of business 8 days a year. For an ecommerce site generating $100,000 a day, that translates into a loss of $800,000 in yearly revenue.”

Editorial’s a product just as any other, especially when part of a website that hosts millions of monthly visitors. If those visitors fail to show up in large amounts during particular seasons—like the holidays—logic says that translates into severe loss of revenue.

The move towards mobile

Or does it? To answer this article’s question, I consulted Martin Bryant, TNW’s own managing editor. With a global audience of over 7.2 million unique visitors, I wanted to know how holiday visits, or lack thereof, impact our website at large. His answer came as a surprise.

“[In an unexpected twist], Christmas Day was our biggest traffic day of 2011,” Martin told me. “This shows that people are still online during the holidays. There’s just not as much good quality, fresh content for them to share, so the right articles can really hit big.”

Conventional wisdom, defied. But a look at recent m-commerce consumer behavior shows that this should come as minimal surprise. While Black Friday has always been the busiest shopping season in the US, it went to another level this year. Data from IBM’s Benchmark service showed that as of noon Eastern time on Thanksgiving day, 26.5% of consumers had used a mobile device to access a retailer’s site—an increase from 15.8% the year before. By that holiday’s end, m-commerce retail sales had passed the $1 billion mark  for the first time in history.

Does this mean mobile’s changed holiday web visits for good? Previous estimates put the holiday web traffic decrease at 30-40% throughout Christmas and New Years, causing a 7-10% drop in revenue. But this wisdom came at a time when Thanksgiving/Black Friday web traffic was down as well — and the most recent data says times have changed.

“It’s almost impossible to avoid some kind of slump in traffic during the holiday period, as people tend to spend less time online,” Martin explains. “However, the rise of smartphones and tablets means the Internet follows your audience around, and they probably will access it…Increased levels of consumption just gives your audience (and potential audience) more chance of finding you and more opportunity to enjoy your content once they do.”

Martin adds that this year’s m-commerce boom is no fluke—or limited to one sector of the web. In the age of interconnectivity, holiday web use is seen as an interactive move that benefits websites and web users alike, ranging across sectors from retail to news:

“Social and retail sites tend to do well on Christmas Day as people want to connect with friends and family more than usual, and get an early start on post-Christmas sales bargains. … There’s just more opportunity to be online these days. That means that those boring times of the day – such as between opening presents and Christmas dinner, or when your grandma wants to watch some old film you have no interest in, can be filled by using your smartphone or tablet without having to sit at a desk on your own in another part of the house.

“The fact we had [a strong Christmas audience] shows that the right content for your audience can do even better than usual when there’s less content around to compete with. The important thing is the good content is good content on any day of the year. Don’t let your quality standards down just because it’s a slow week – your audience will notice if you do. They may be taking it easy but their standards are just as high as usual.”

This move towards mobile benefits writers as well. Recently, I’ve been asked to submit more story ideas of my own rather than writing only what’s offered to me. I was also asked, well in advance, to consider holiday-themed content for use over these next few weeks. Martin says that’s part of The Next Web’s larger process to keep us all not only mobilized, but energized to keep creating that good content we’re (hopefully!) known for.

“The editorial team collaborates on a list of story ideas,” he explains. “These are often of the ‘end of year round-up’ and ‘looking ahead to next year’ variety, but the lack of much news allows our writers to flex their imaginations a bit more and try something different, too. Once the list is compiled, articles are assigned to writers and publishing dates are spread out across the holiday period. In addition to pre-planned pieces, we have staff ‘in the office’ to cover news.”

For stand-alone bloggers, the pressure to keep audiences engaged during the holidays is all-encompassing. But major sites with readers in the millions face a host of challenges as well, ranging from revenue loss to employee exodus. The good news is that thanks in no small part to mobile, it seems that times are changing. And if you’re tempted to let content slip because everyone else is doing it, Martin says to go the extra mile.

“There’s less competition around in terms of good quality content at this time of year,” he concludes, “so don’t let your quality bar slip and your audience will appreciate it.”

Writers, editors, et. al: have you noticed audience increases during recent holidays? Did it increase your annual revenues? How do you handle web traffic slips? Share your wisdom in the comments!

Read next: In less than a day, Facebook's Poke displaces Google Maps as the App Store's most popular free app