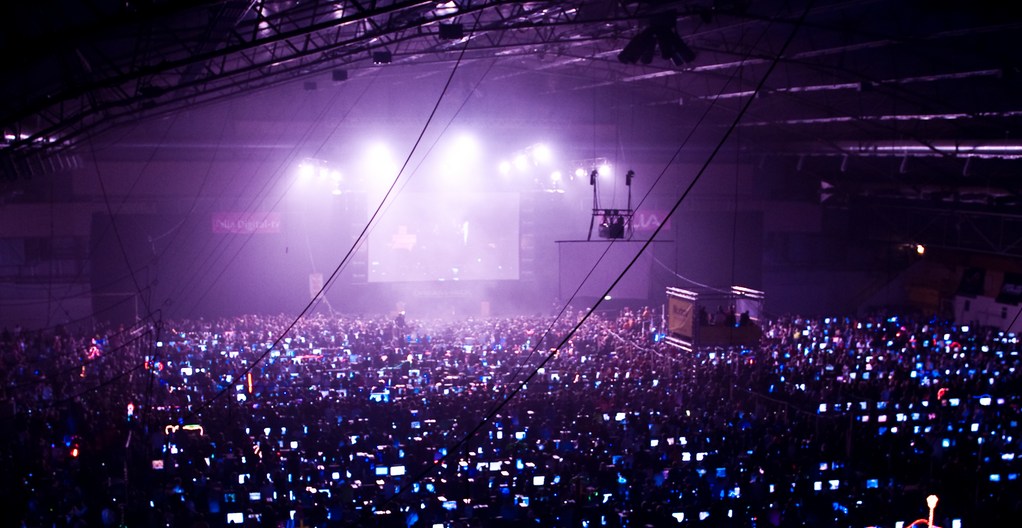 It’s becoming easier, and more fun to write about esports as it grows. Back when Starcraft 2 was just coming out, I wrote that it was likely to become a big deal. Little did I know. Following the global explosion of that excellent game, League of Legends (LoL) followed, blowing past 30 million players, and adding ‘free to play’ titles to the mainstream.

Those games have in a way led to growth in competitive gaming that perhaps few expected. Long a bastion of the East, ‘esports’ has become a global phenomena that has become impossible to deny as a market force. We’ve written about its growth, and the players that have made it possible again and again.

If you told the TNW crew that there would be no more LoL, I know some of our staff would be a part of the ensuing riots.

However, that’s all old news. Today I want to bring you something rather fresh, and in my estimation, stunning. At a recent esports event, the DreamHack  EIZO Open, some 2,000 people attended, packing a stadium to watch the finals. But that’s small starch when compared to the big news [Bold: TNW]:

On April 21-22 DreamHack hosted its first event in the 5-event StarCraft II tour DreamHack EIZO Open. The event featured 82 players that challenged each other over the SEK 150 000 prize pool. Over the course of two days fans online could follow the action on 10 different channels at our official streaming partner Twitch.TV.

Today we’re happy to announce the official numbers from the event and we’re proud to announce that over 1 million unique viewers watched during the 2 days. It’s a new record for a DreamHack-event outside of the Elmia fair (Jönköping) where we host the main festivals DreamHack Summer and DreamHack Winter.

Here are the stats for the event, as reported by gaming giant Twitch.tv:

Now, isn’t this just for fun, you might ask? Not really. Players and teams are sponsored by blue chip brands, each hoping for exposure to the demographic that esports attracts: tech savvy males between the ages of 18 and 35, a famously hard market segment to reach.

Esports used to be ignored. Then it was something worthy of mockery. Now anyone opposed to esports probably doesn’t understand economics. It’s a nascent industry. Has been for 10 years now. But at last, the commercial and popular aspects of the gaming are aligned. Let’s see where this goes.

Mid or I feed.