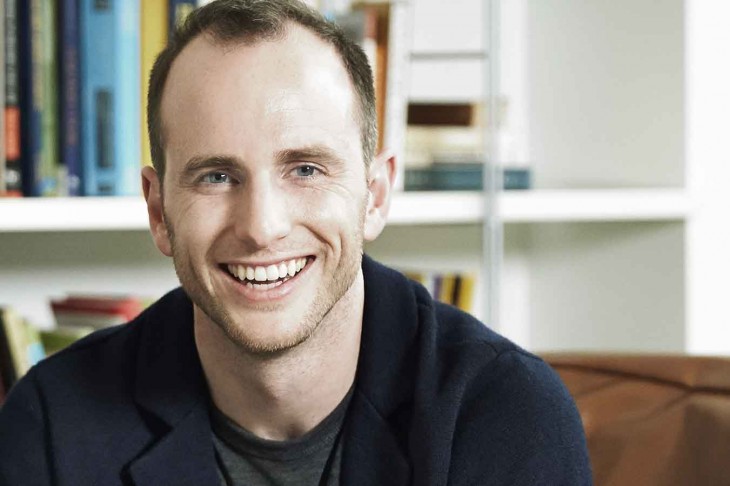 As The Next Web Conference approaches, one of the great speakers we’re looking forward to hearing from is Joe Gebbia.

In an interview at the Airbnb offices last month, Joe Gebbia, the company’s co-founder told me he has seen the Internet move in 3 stages. In the late 90s, companies like AOL worked to get people online. Next, we saw people connecting online and the rise of social networks. Now we’re in the 3rd stage, and we’re seeing people using the Internet’s power to connect offline in the real world.

At the end of this month, Gebbia will give the keynote speech at The Next Web conference in Amsterdam. He’ll discuss The Sharing Economy while on stage, and the company’s ambitious goals for international expansion while mingling with Europe’s top entrepreneurs, investors, startups and press. We sat down with Gebbia in San Francisco last month for a preview of his plans.

“On a macro level, The Sharing Economy changes lives all over the world. It’s not limited just to the U.S.A., it’s a very universal thing. As a leader in the sharing economy space, we see it first hand. It’s not just a cool thing that started in San Francisco.”

When it comes to the economy of sharing, it turns out that Europe is ahead of most other continents. “It’s in their DNA,” explains Gebbia. “What were doing — staying in peoples homes while traveling — is nothing new. It really taps into something that’s innately inside all of us. We’ve just modernized something that’s really ancient and brought it back using the power of the Internet.”

In 2011, Airbnb, which exists in 11 languages, became a predominately international
company with 75% of its business happening outside of the U.S. “International expansion is a huge focus for right now. It’s all about following the momentum — where are people traveling and where is the momentum actually happening?” he says. In addition to opening up offices in Barcelona, Berlin, Hamburg, Copenhagen, Milan and Sao Paolo, Airbnb recently acquired its British competitor Crashpadder just in time for the Olympics.

Since releasing its peer-to-peer marketplace model in 2008, Airbnb has inspired a slew of other companies — DogVacay, “The Airbnb for Dogs”; Spinlister, “The Airbnb for Bikes”; Gidsy, “The Airbnb for Experiences”; and Eventup, “The Airbnb for Spaces” — to name a few. “We’ve learned that the sharing economy applies to many different kinds of verticals,” says Gebbia of this great boom in the collaborative consumption space. “But it’s in its nacent stage. We’re all just learning from each other right now.”

For each of these peer-to-peer marketplaces to exist, companies must enforce full transparency on all levels — particularly with transactions and communication. Airbnb monitors all transactions, message interactions, host behavior and posted images. “Bad actors will always find a place to hide,” says Gebbia. “But we’ve designed our online community to have full transparency like a town of illuminated streets with neighborhood police officers.” In the same way credit card companies power a credit score/rating, Airbnb sees itself a big piece of a one’s online reputation, one that’s based on interactions, peer reviews, and consistent positive behaviors.

Lastly, Gebbia takes me to “the edge of the Airbnb universe”: “After connecting a few dots into the future, I think we can actually change trust on the Internet,” he says. “We can use real world interactions to help change the way people trust each other online. It’s a north star kind of goal to work towards.”

Love what Airbnb is all about? Check out the company’s great new video shot in New York City:

Joe Gebbia will be speaking at The Next Web Conference 2012 in Amsterdam, which takes place on 26-27 April. Book your ticket today, and we’ll see you there!

To learn more about the collaborative consumption movement, check out our latest iPad Magazine here.