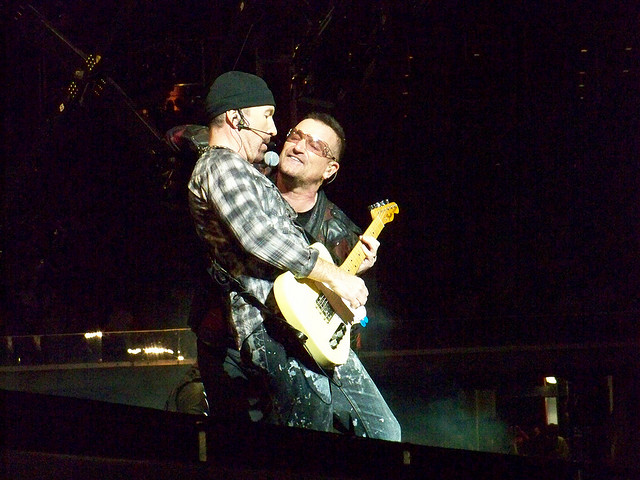 We know that Bono likes to get involved with tech as an investor, but we didn’t know that The Edge did as well.

Both have joined cloud filesharing service Dropbox as investors according to a tweet (and photo) from the company:

@Dropbox is excited to welcome Bono & The Edge as investors. Thanks for the support and look forward to great things! twitter.com/Dropbox/status…

The company has been adding millions of users as the idea of hosting your files on a third-party service is becoming an easier sell to consumers.

The addition of mobile apps for Dropbox has also helped illustrate how powerful it is to sync your files across multiple devices with little or no work needed.

Just a few weeks ago, Dropbox also launched a deep integration with Facebook, allowing you to share files and folders with your friends much easier.

Some of Bono’s other investments at Elevation Partners include; Facebook, Forbes, MarketShare, Move, and Yelp. His firm was also deeply involved with Palm.

It’s not known at this time the level of investment from Bono and The Edge, but we’ve reached out to Dropbox for more information and will keep you updated.

UPDATE: It appears that Bono and The Edge invested in the latest Dropbox round led by Index Ventures.