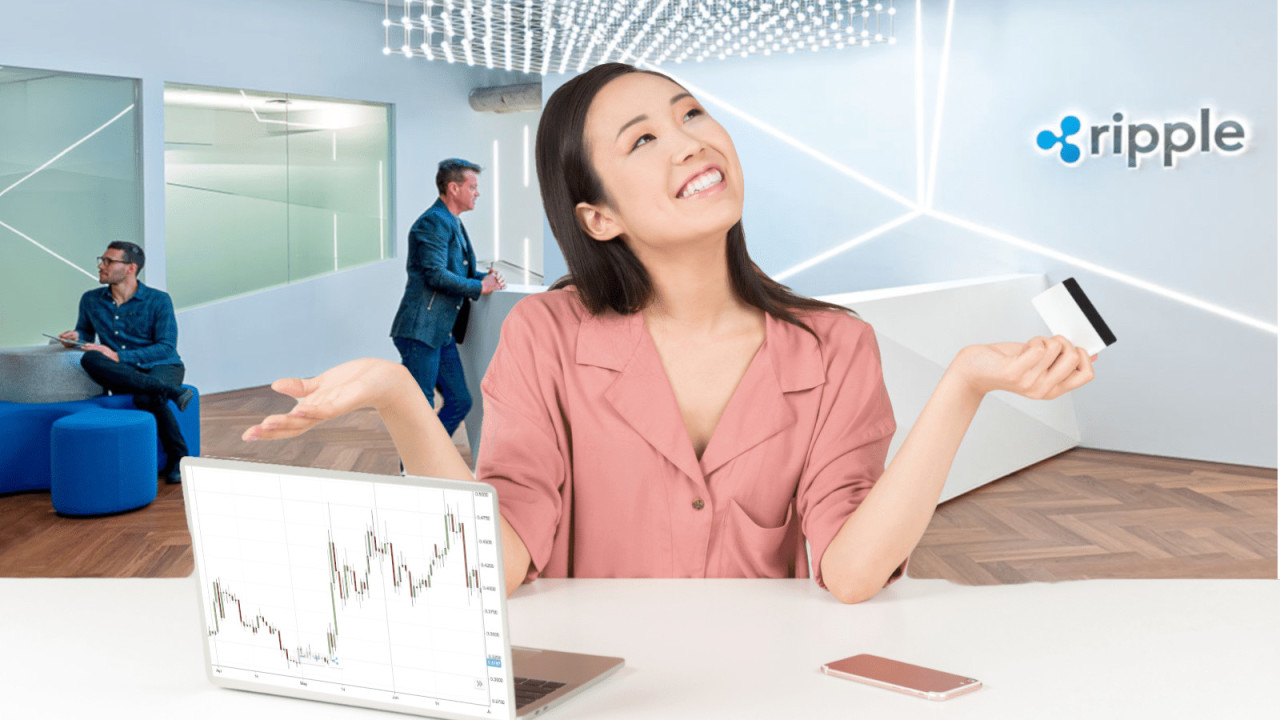 Cryptocurrency and blockchain were built to usurp centralized authorities like governments and banks. And then came Ripple, XRP a corporate and institutional reimagining of what a digital currency should be and do.

Ripple has managed to make cryptocurrencies and corporate institutions play nice, and is developing distributed ledger (DLT) technologies for such clients. It has often drawn criticism for ‘not being a real cryptocurrency’ and not being truly decentralized.

This criticism comes from the fact that Ripple’s blockchain doesn’t have any miners, and access to it is heavily permissioned. It’s a far cry from open and censorship-resistant platforms, like Bitcoin. However, the Ripple team has repeatedly assured holders that XRP and the network will continue to exist, even if Ripple shuts down.

Ripple styled “cryptocurrencies” and DLTs are seemingly a growing trend too. JP Morgan has this quarter boasted that big institutions are really keen on its digital remittance asset, JPM Coin.

Whether you agree with XRP’s ideology or not is beside the point. The asset has proven itself to be a mainstay of leading cryptocurrencies by market cap. For brief moments, it even surpassed Ethereum to take second spot behind Bitcoin by market cap; currently, XRP is the third largest coin.

Here’s a look back at how Ripple got on during the first quarter of 2019.

Ripple’s XRP didn’t have the best start to the year.

It opened January 1 at $0.35 and would shortly reach $0.37 the following day, the highest trading price it would see all quarter. XRP hovered around this price into the second week of the year, but it started falling by January 9.

On January 13, XRP was trading at $0.31, and it stayed around this price for the next couple of weeks. January 25 marked the start of another sharp downward swing for the digital asset; it would eventually bottom at $0.28 at the end of the month. Thankfully though, this is the lowest price it would see all quarter.

There was a brief rally in mid-February which would see the coin hit $0.32. This might not sound far behind where it opened the year, but bear in mind this is still an 11-percent drop over where it started in January.

For the rest of the quarter, Ripple would have frequent up and down swings, none of which are particularly noteworthy. Indeed, some might call this stability, but the coin spent most of the latter half of the quarter trading around $0.30, and showed no sign that a breakout might be imminent.

Ripple went on to close the quarter trading at a hair over $30, a 16-percent drop over the quarterly-high it saw in early January.

As with a number of other cryptocurrencies like Bitcoin and Ethereum, Ripple got off to a great start in Q2. It opened the quarter on April 1 at $0.3105 and swiftly headed skyward to a trading price of $0.3457 over the following 24 hours.

This swift uptick was short-lived though, and XRP would have a tough time for the next six weeks.

Ripple’s price dwindled and a market correction saw it drift from its early quarter high to trade at $0.3157 by July 15. A brief price bump saw it rise to $0.3360, but this was short-lived and XRP would end up trading at $0.2872, its lowest price since February.

For the next two weeks, between April 28 and May 10, XRP traded between this low and a max of $0.3036. The first half of Q2 for Ripple may have left a few traders with a bitter taste. However, the rest of the quarter was far sweeter.

May 10 marked the end of a two-week long stagnant period and the start of a series of positive upswings that would see XRP  trade at prices that it hasn’t seen since late 2018.

The first upswing was the most dramatic of the quarter and saw Ripple’s price rise from $0.2953 to $0.4321 in the space of five days, an increase of 46 percent.

A brief market correction saw Ripple’s price retreat back down to $0.3713 over a 2-day period. This is cryptocurrency and in true volatile fashion, XRP was soon heading skyward once again.

Despite having its ups and downs across the quarter XRP eventually closed Q2 29 percent up on where it opened. On the last day of Q2, the coin was trading at $0.3998.

Major events in Q2 for Ripple

According to CoinGecko’s Quarterly Report for Q2 2019, XRP lost nearly half of its market dominance falling from 9.8 percent to 5.7 percent, decreasing  by 4.1 percent overall, over the quarter.

As ever, Ripple had a quarter packed with announcements and news of banks, institutions, and corporate clients using its DLT tech.

The Spanish bank Santander announced the expansion of its reportedly Ripple-powered international payments tool One Pay FX to non-customers through its One Pay app.

Ripple made two announcements that it is expanding globally and opening more offices in what it says are key locations. In June, Ripple officially expanded in South America by opening offices in Brazil. The firm also opened offices in Switzerland, which is swiftly becoming a hot-bed for cryptocurrency and blockchain businesses.

Ripple was also voted by finance mainstay, Weiss Ratings, as the second best cryptocurrency, ahead of Bitcoin in third spot.

Looking forward to Q3 for Ripple

You can be sure that Ripple will continue signing partnerships with various corporations and institutions as the year progresses. It remains to be seen if these will lead to significant developments, though, as this has been Ripple‘s mantra since its inception and these announcements rarely lead to sustained growth.

While XRP had a good quarter overall, in comparison to other coins, its gains were somewhat lackluster. XRP was one of the worst performing cryptocurrencies over the first half of the year, perhaps thanks to its rather flat Q1.

Indeed, as we enter the Q3 and the second half of the year, XRP isn’t showing many signs of growth, with the coin tumbling from around $0.41 to under $0.33 over the firs two weeks of July. Hopefully, things will look up for the rest of the year.