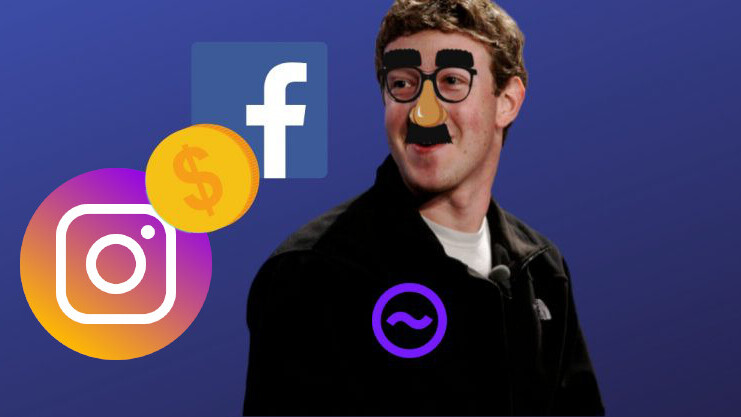 It’s barely been a month since Facebook unleashed its cryptocurrency Libra into the wild and published its whitepaper. But already, the social media giant has been forced to address a growing number of fake communications associated to its digital asset.

Around a dozen “fake accounts, pages, and groups,” claiming to be official Libra outlets, have sprung up on Facebook and Instagram, The Washington Post reports. This is on top of the growing list of websites claiming to already be selling Libra tokens.

The big F has already removed a number of the accounts after it was notified by The Washington Post (WP) yesterday.

“Facebook removes ads and pages that violate our policies when we become aware of them, and we are constantly working to improve detection of scams on our platforms,” a spokeswoman said in a statement to WP.

Facebook‘s lackadaisical attitude to keeping its own platform free of fake ads and scams won’t do it any good in the long run.

“There is a deep irony here in Facebook being used as the platform that could undermine trust in the currency Facebook is trying to build trust in,” Eswar Prasad, economics professor at Cornell University, told The Washington Post.

Earlier this month, Facebook‘s head of Calibra, David Marcus, faced questions at a senate hearing. Marcus received numerous questions that interrogated many of Facebook‘s claims about its digital currency. Indeed, trust was a common theme and cropped up 69 times during the questioning.

Alongside these groups, Facebook has been fighting against a swathe of fake Calibra websites, too.

In June, Hard Fork spotted a fake website claiming to be offering a Libra token pre-sale. The website’s URL replaced the “i” in Calibra with a Unicode character known as “Latin small letter I with grave,” to trick visitors into thinking they were on a legitimate site.

The website has now been removed and it appears the Ethereum address associated to the scam didn’t see any cryptocurrency.

At the time a spokesperson from Facebook told Hard Fork that it was “aware of this and [was] looking into it.”

This was just one of hundreds of websites – according to The Independent – thought to be illegitimately capitalizing on interest in Facebook‘s new venture.

Facebook certainly has its work cut out if it’s going to build trust when so many fakes exist on its own platform and beyond.