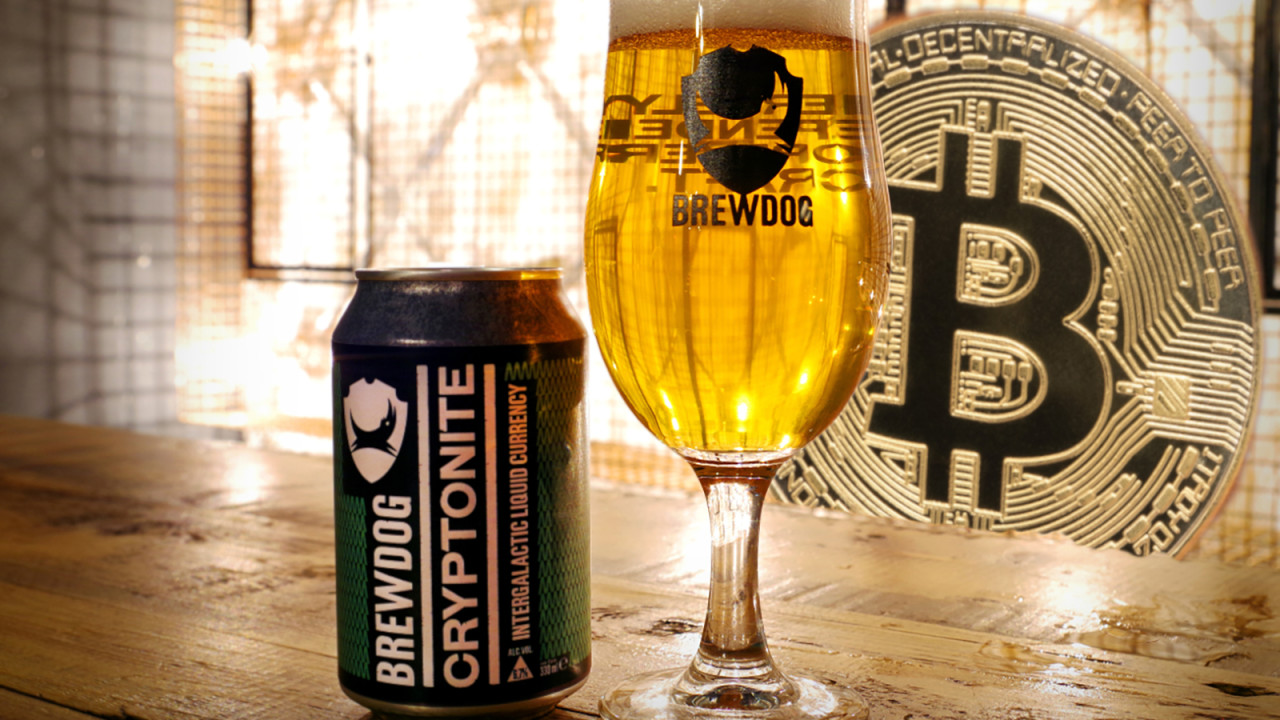 Paying for coffee with Bitcoin is a common trope in the cryptocurrency industry, but what about beer? More specifically, what about buying shares of a beer company with Bitcoin?

The edgy Scotland-based brewery BrewDog announced yesterday that it’s extending its current round of crowdfunding – what it calls, “Equity for Punks” – until April 2020, and is accepting Bitcoin and other cryptocurrencies in exchange for shares of its business.

If you want to become a cryptocurrency “equity punk,” you can buy shares in the brewery using Bitcoin, Bitcoin Cash, Bitcoin SV, Ethereum, Litecoin, OmiseGO, Qtum, Augur, Ripple, and 0x.

To mark the occasion, BrewDog has also concocted a one-off beer called Cryptonite; anyone that invests with cryptocurrency will get a case of six.

What’s more, the brewery offers some other perks too, including preview nights at new bar openings, and invitations to the annual company meeting.

BrewDog has lived by the mantra of  “sticking it to the man,” and the company says it sees natural parallels with cryptocurrency. It’s long been trying “to challenge perceptions and revolutionize [the] industry,” the announcement reads. “The developers, miners and users of cryptocurrency are exactly the same. Joining forces to link the old and new financial systems is a perfect fit.”

Indeed, one blockchain meetup in Brazil has hosted events at a BrewDog bar.

Its Equity for Punks scheme lets potential investors buy shares in the company from £25 ($31), which, according to the latest news, can now be bought using digital coins. There are over 114,000 community shareholders, according to the announcement.

That said, investments (whether big or small) should not be taken lightly, the company warns investors that share value can go up, as well as down. You can read the full “Equity for Punks” investment prospectus here.

This isn’t the first time BrewDog has dabbled in digital currencies, though.

Last year, the brewery announced that its Canary Wharf, London, bar would accept Bitcoin and Bitcoin Cash as payment. Sure, accepting cryptocurrency as payment for anything might sound exciting. But it rarely gets used.

Hard Fork has contacted BrewDog to find out if its customers are using cryptocurrency and what it expects the uptake of Bitcoin bought shares to be. We also asked for a crate of Cryptonite. Worth a try, right?