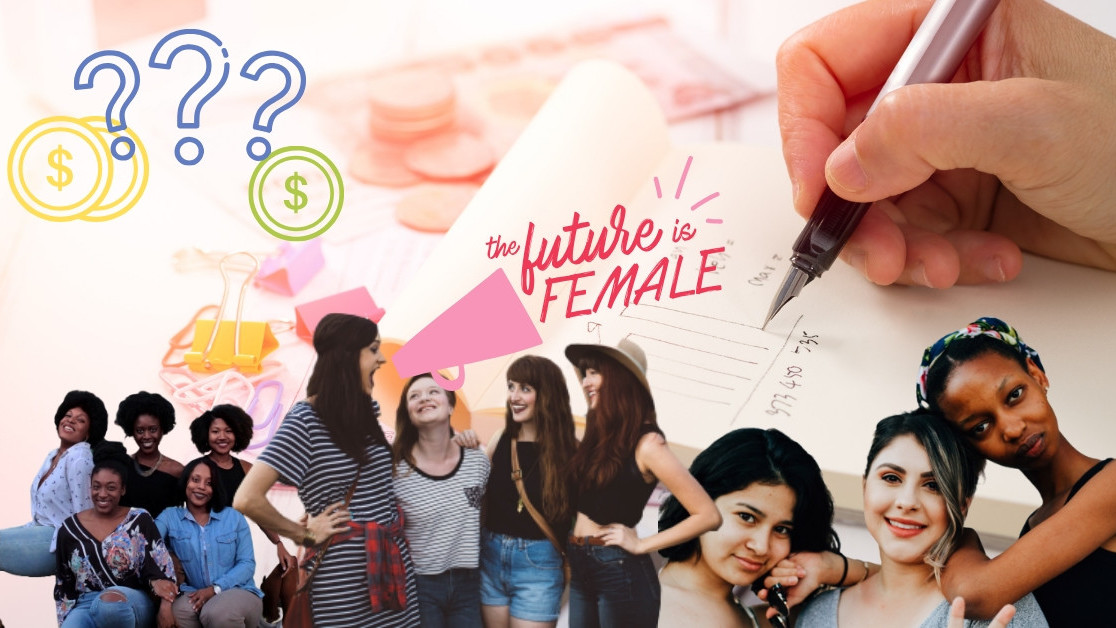 The blockchain and cryptocurrency industry is dominated by men – fact.

There are many reasons as to why this could be the case – namely a pipeline problem or the rhetoric that men are typically (and allegedly!) more interested in technology – but a recent study has posed an interesting question.

What if the cryptocurrency industry’s lack of diversity was down to women being less financially literate than men?

Perhaps there is more to cryptocurrency’s diversity problem than women simply not being interested in the technology.

The study documented a significant gender gap in Bitcoin BTC literacy in the US, suggesting that women’s knowledge about the cryptocurrency is lower than that of men.

Socio-demographics and personality traits, the study says, only explain part of the gap.

Actual and perceived financial literacy, however, accounts for around 40 percent of the gender gap in Bitcoin literacy.

Overall, the report notes that closing gender gaps in financial literacy is important, but protecting financial wellbeing in increasingly digital financial systems is even more complicated.

On another note, a study released by cryptocurrency exchange Coinbase today revealed some interesting insights.

The company surveyed more than 6,000 adults in the UK and US. Some 82 percent of women surveyed across all age ranges and education levels in the US and the UK — compared to 65 percent of men — think financial independence for women is very important.

But nearly one-third of college-educated females surveyed said they didn’t think they had equal access to the financial system in their own country.

Coinbase’s survey found that 39 percent of millennial women would be interested in cryptocurrency if they knew it could make finance more accessible.

Another report showed that 77 percent of affluent millennials in the US believe the current financial system is designed to favor the rich and powerful in detriment of ordinary people.

Unfortunately, global data tells a similar story. According to the World Bank’s 2017 Global Findex Database, 65 percent of women globally have a bank account compared to 72 percent of men.

This exactly highlights why getting women to care about the power of decentralized finance is so critical – because it has the power to provide access to a financial landscape that’s typically inaccessible.

Problems with cryptocurrency and blockchain

We all know the blockchain and cryptocurrency industry suck at diversity, but what are we doing about it?

I’m all for highlighting women‘s amazing work in the industry and celebrating their success, but I understand why some women, myself included, get frustrated with the rhetoric at times.

In my opinion, we need to take things back to basics and first fix the fact that many women feel they don’t have equal access to finance, or that they can’t access it as easily as men.

Much of the mistrust of the financial system transcends into the cryptocurrency and blockchain space. Similarly to how the aforementioned results showed many believed financial institutions exist to protect the wealthy and powerful, one could also argue Bitcoin and other cryptocurrencies are mostly attractive to those who have sizable disposable incomes to invest in inherently volatile assets.

It’s not uncommon for Bitcoin to be touted as a viable solution for the world’s developing countries – where many women (and men!) lack access to basic financial instruments – but how does it currently benefit people with fewer resources?

Another use-case for those in developing (and hyperinflating) economies is leveraging cryptocurrency as a hedge against devaluing local currencies – again, do those who are most in need in these dire situations have access to the technology (and internet connection) required to safely use Bitcoin and get the most out of it?

I feel it’s important to address these issues before we move on to fix the broken pipeline. Yes, we need to attract more women to the industry, but for that to happen, the industry needs to take a hard look at itself and change the way things are done, the language that’s used, and figure out how to make finance more relatable for those still uninitiated.

In the meantime, let’s celebrate International Women’s Day, and not waste the opportunity to think about how we can avoid women being forgotten in the new financial world that’s quickly emerging.