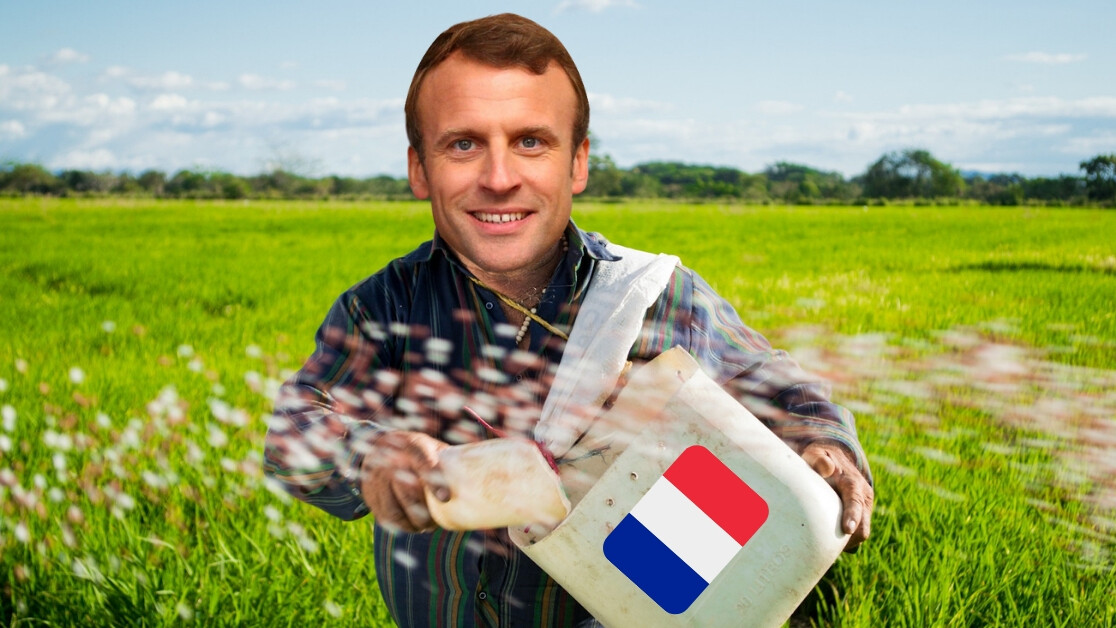 It seems French President Emmanuel Macron wants to leverage the power of blockchain technology to make the agriculture industry more innovative, transparent, and put Europe in the “avant-garde of agricultural technology”.

Macron, who is known for his advocacy of free market and self-proclaimed liberal policies, commented on blockchain’s potential during a speech at the International Agricultural Fair in Paris last weekend.

As part of his delivery, Macron called for increased use of data technologies such as blockchain in a bid to boost the agriculture industry and address concerns over food traceability following the highly documented Polish beef scandal.

Imbued with Macron’s recurrent theme of innovation (he’s previously spoken about the need for France to bolster its AI efforts), his comments come amid divisions among EU member states (aka Brexit), and aggressive trade practices put in place by America and Russia. He also pointed towards the inbound competition from China, and used this as the main driver for European countries to unite.

“Let’s do this in Europe, [be at the] the vanguard of agricultural data by developing tools that will track every product from raw material production to packaging and processing,” said Macron in a loosely translated statement from French to English.

Macron also called for a bigger budget to safeguard EU goals on food quality and environmental protection. France, by the way, is the biggest agricultural producer in the European Union and currently the main beneficiary of the bloc’s Common Agricultural Policy (CAP), which is due to be renegotiated this year as a result of the UK’s impending divorce from the EU.

With this in mind, the President also said Europe‘s agricultural policy should be based on the protection of farmers and consumers against climate change, and market risks. It’s here where Macron seemingly perceives technology and innovation are most powerful – as they could help solve many of the industry’s challenges.

Now, it’s not surprising that Macron has lent on blockchain technology and its ability to trace items across supply chains, but one could argue the innovation narrative is being used to draw attention away from the underlying sentiment.

Macron touched on the potential challenges brought on by a rising population, stating that by 2050, the African population would double, posing “a real opportunity for France and for Europe.”

So, is Macron really touting blockchain technology as a viable solution, or is he simply implying we should be using the tech as a means to ‘punish’ African farmers for failing to adhere to EU regulations, and if necessary, use the blockchain as proof to justify handing out unfavorable trade agreements?

On the other hand, it’d be great to get more detail on what Macron’s proposed blockchain solution would look like, and how it would work.

Some organizations, including French supermarket giant Auchan, have already dabbled in blockchain-based supply chain management and tracking. Auchan announced the use of its public distributed ledger technology late last year and explained it was using the tech to enable customers to track goods following successful trials in Vietnam. At the time, though, only organic carrots were being tracked.

Over in the UK, the Food Standards Agency announced the success of its blockchain-focused pilot programme in July last year. At the time, it was the first time an entity in the country had used DLT to regulation compliance within the local food industry.

So, there are definitely trials happening in the private sphere, but it’s unclear how a government – or even EU – blockchain tracking system would run and whether we’d be looking at a fully decentralized, public network.

One thing’s for sure, though: French farmers aren’t happy. In fact, a newspaper report suggests the French Premier was mostly booed and hissed at as he walked around the conference hall last week, as farmers struggle to come to terms with declining incomes, the future ban on glyphosate (a herbicide), and the EU’s trade deal with South America.

With this in mind, perhaps Macron will need something more than a few out-of-place mentions of blockchain to remain relevant. If there’s one thing we no longer need in 2019, it’s politicians talking out their ass about technology they don’t understand.