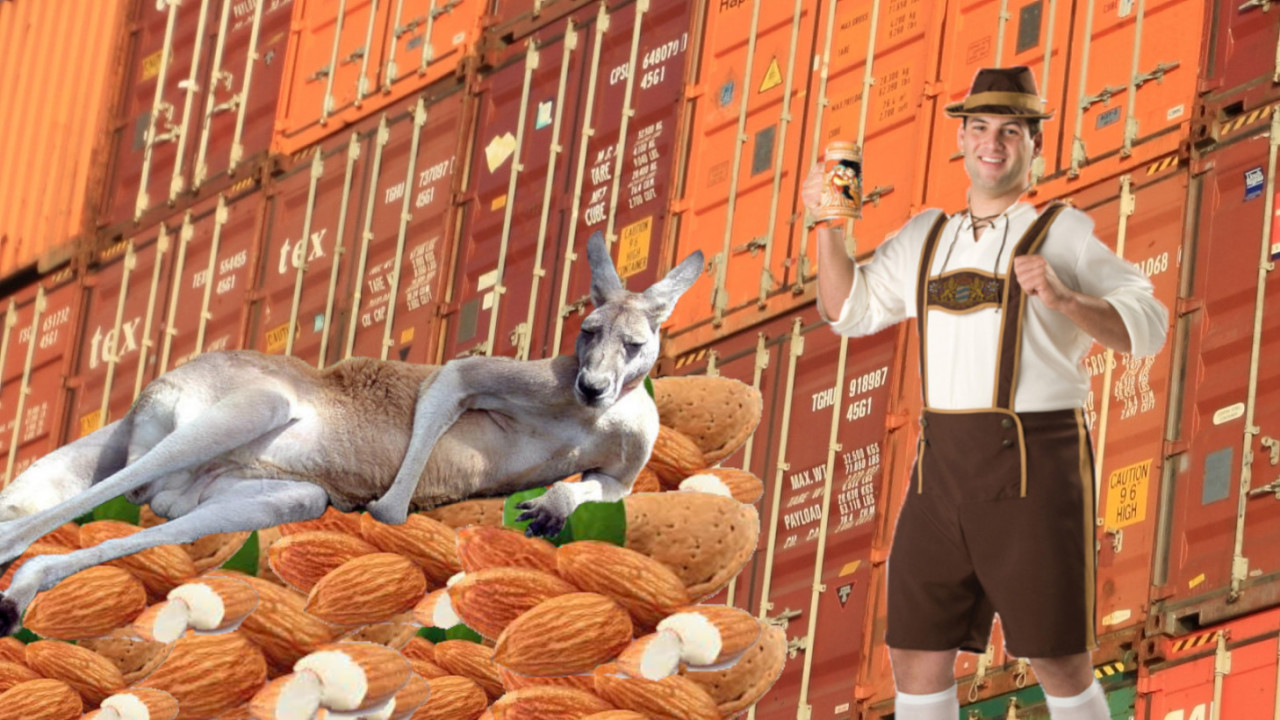 It’s not uncommon to read about how the latest firm has put something “on the blockchain.”

In fact, last year Hard Fork reported on a successful trial which saw the Commonwealth Bank of Australia put a shipment of 17,000 kilos of almonds on the decentralized tech.

But how exactly does one put almonds “on the blockchain?”

Technology like what is found in LX’s blockchain-enabled tracker allows firms to “put” their wares on the chain. Obviously, you can’t physically put almonds on the blockchain, but you can publish data – a lot of data – about their whereabouts, their condition, and their environment on a decentralized ledger.

What’s in a blockchain tracker?

When it boils down to it, blockchain trackers are not too dissimilar to conventional shipment trackers. Except you guessed it, they come with additional functionality that enables them to communicate directly with a blockchain. In the case of LX, it’s a privatized Ethereum-based blockchain. 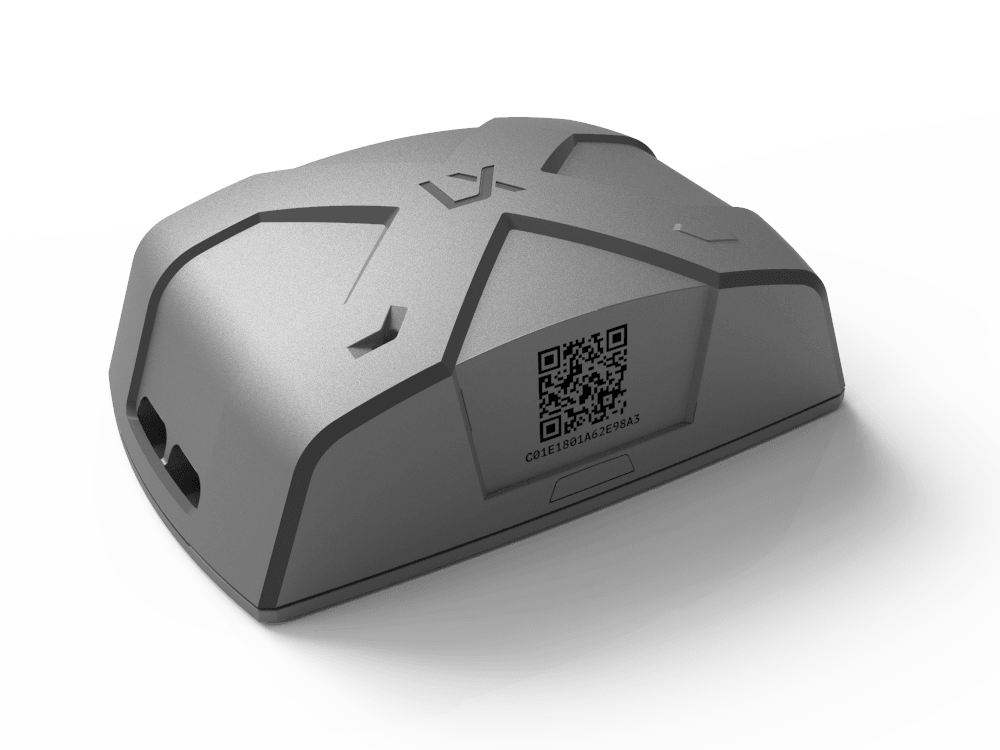 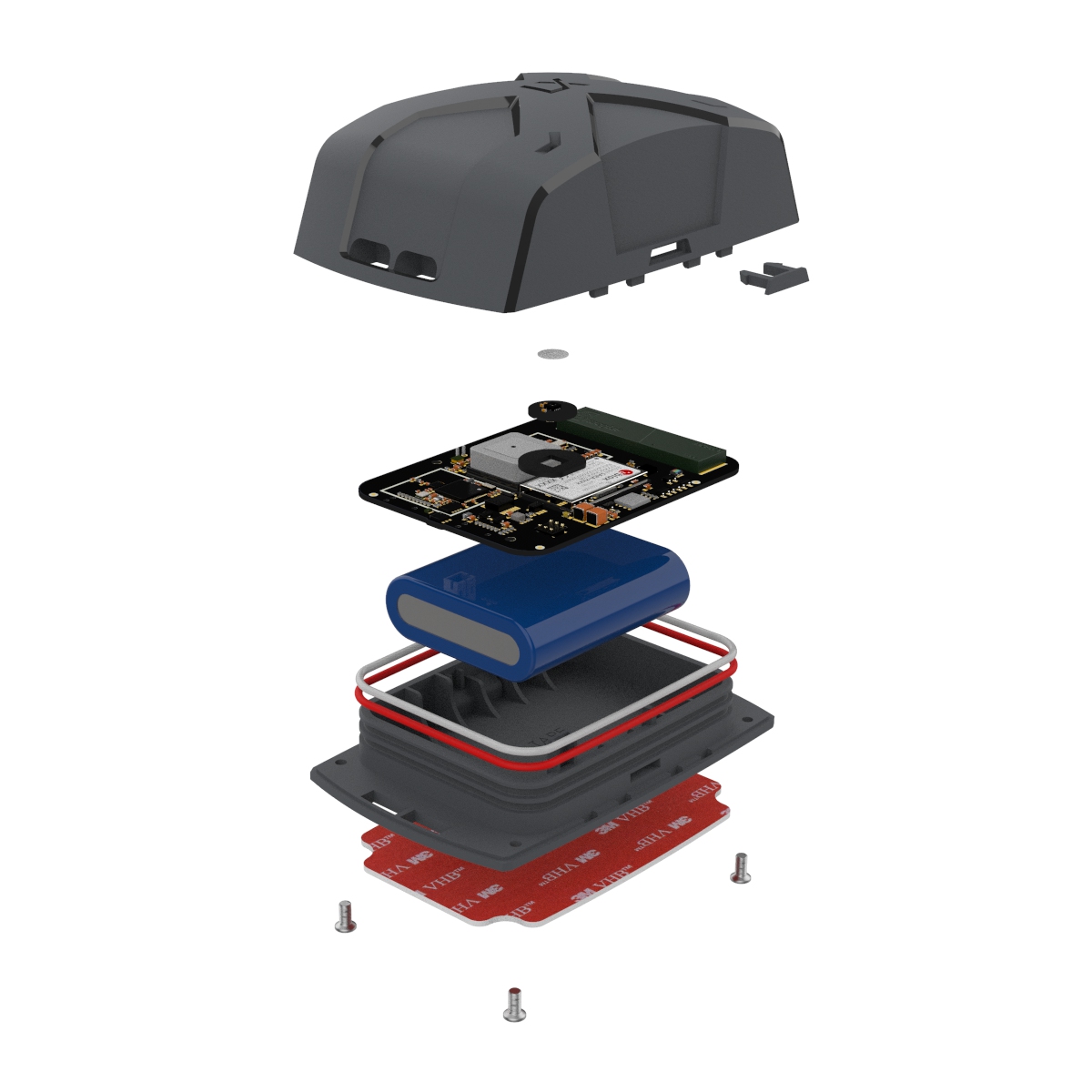 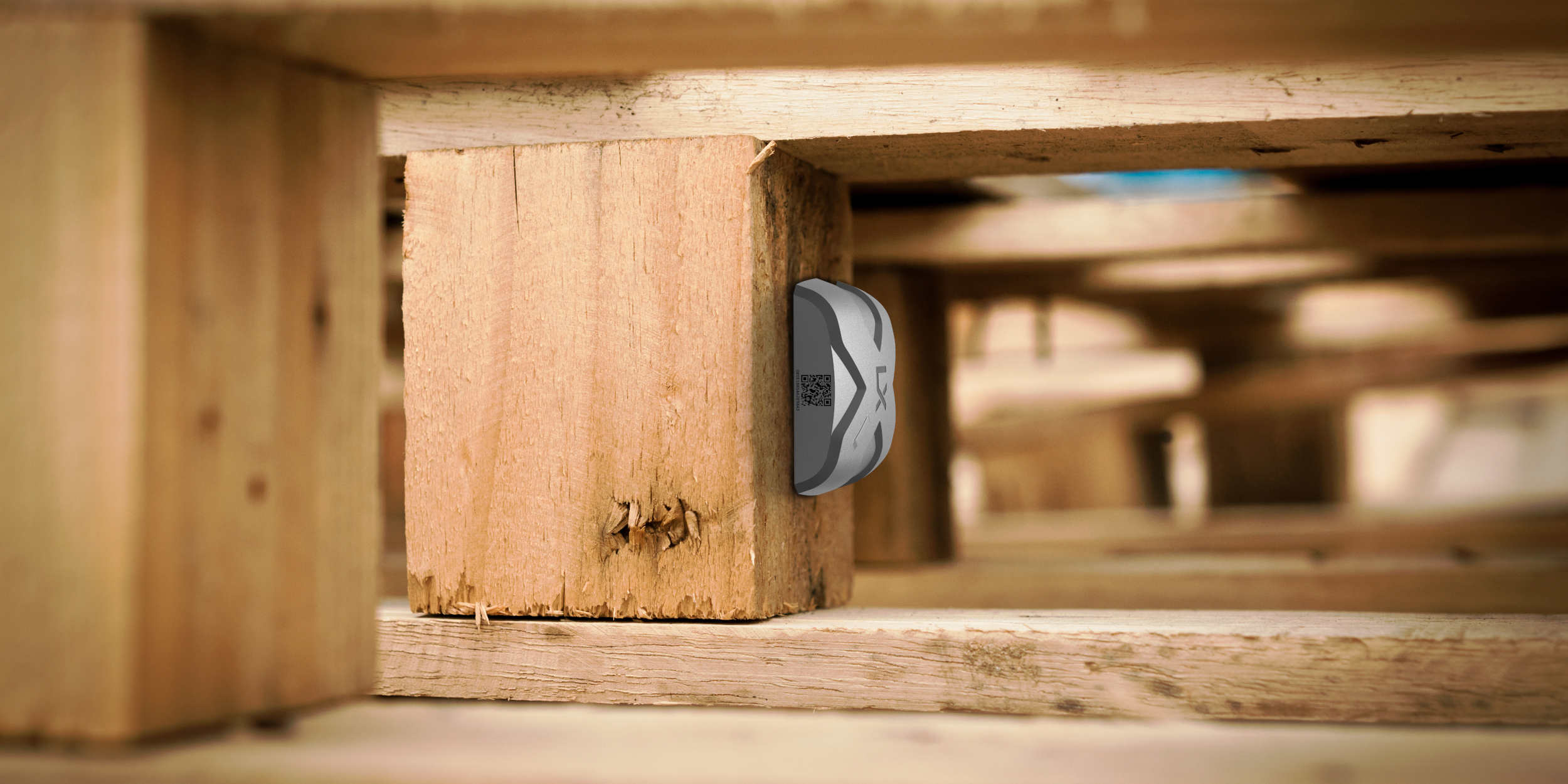 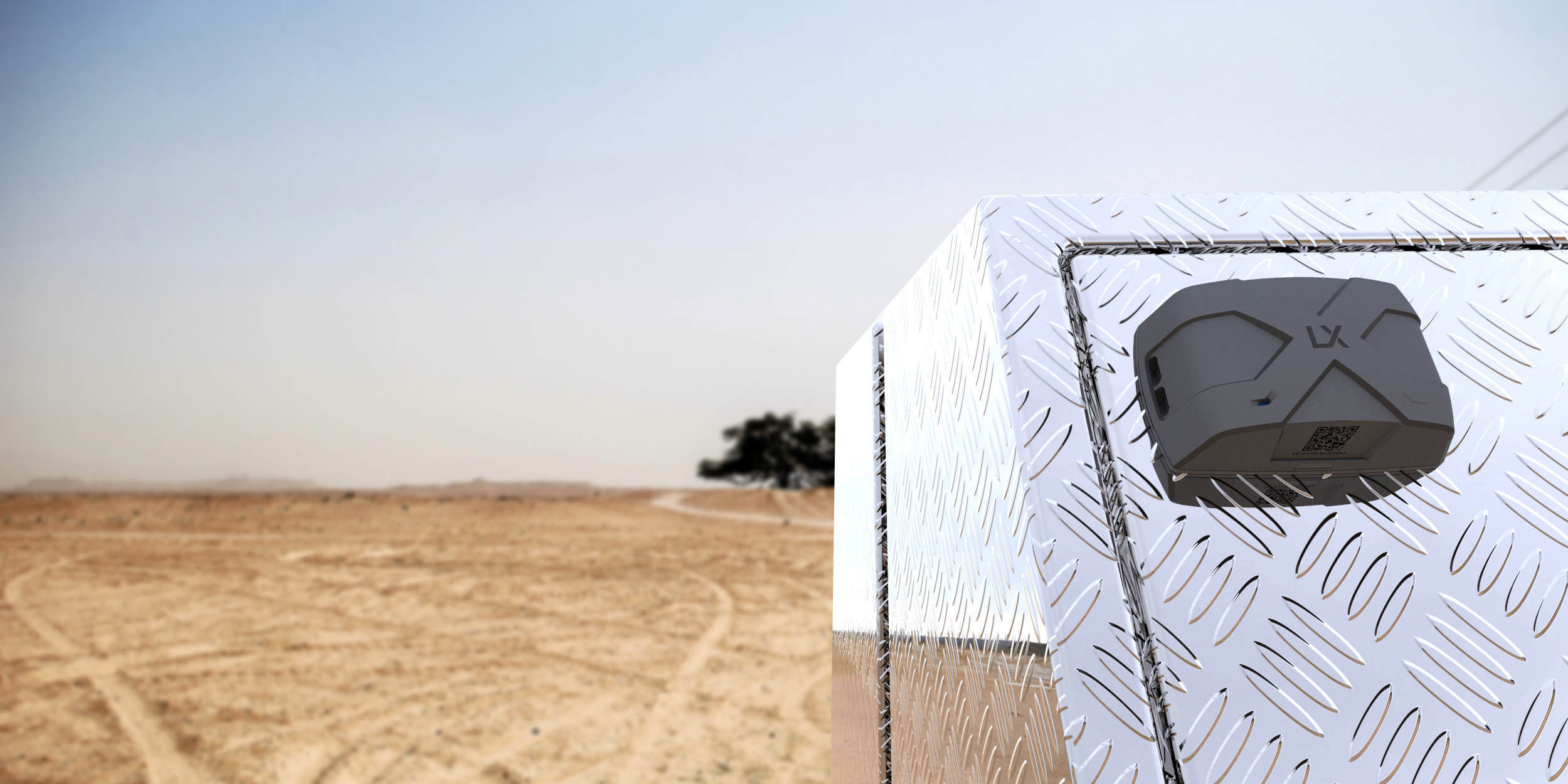 LX’s trackers are equipped with GPS, WiFi, LTE-M, a host of environment sensors, Bluetooth, and a battery that’s allegedly fit for three-years use. This gives them all the communicative powers they need to be able to monitor the conditions of shipments as they move around the world.

But what about the blockchain?

Well, the trackers are also fitted with, what LX calls a “crypto core”, which takes care of all the interactions with the blockchain. In this case, the “crypto” part refers to the cryptography it uses to encrypt data – it has nothing to do with cryptocurrency.

Simon Blyth, director of LX Group, told Hard Fork that “the ‘crypto core’ is a hardware accelerator optimised for high speed, low power encryption tasks. It enables the cypher process to get done fast,” he continued. “The device can wake, read sensors/location, encrypt the data and send it across the network then sleep again – much faster than if a [conventional] processor was used to perform the cypher.”

In many ways the “crypto core” is what’s more commonly known as an application specific integrated circuit (ASIC), a term usually used in reference to cryptocurrency mining rigs. It’s a piece of hardware designed to do a very specific task, and because of this, it’s often quicker and more efficient than general purpose processors which have to be designed to deal with a range of computational tasks.

So, how does it work in action?

Let’s say a grocery store buys a shipment of fish that needs to be transported in a temperature controlled container, and must reach the store in three days. With one of LX Group’s trackers, the entire supply chain can be monitored to ensure the shipment reaches its destination, on time, and in the optimum condition.

What’s more, if the temperature in the container gets too high, a smart contract can be executed to alert the shipping firm to investigate and check its refrigerator unit is working correctly. Or, if worse comes to worst, and the produce reaches its destination and it’s started to rot, the entire supply chain can be examined to find out when, where, and who is responsible for the mishap.

As the shipment is sent around the world, the LX tracker continually captures environment data, encrypts it using the “crypto core,” and writes it on the blockchain for all members of the supply chain to see. With the information being available to everyone in the supply chain, there’s an element of transparency, and no one can pass the blame. But of course, it’s a private blockchain, so only approved parties can view or add data to this specific ledger.

Indeed, you don’t necessarily need a decentralized ledger to track goods in this way, but by uploading relevant environmental information to a blockchain, smart contracts can be executed based on the environmental changes that might occur during shipping. This should mean there’s a higher level of autonomy and accountability in an otherwise manual and labor intensive process.

Back to the fish example. Let’s suppose there’s a commercial agreement which gives the buyer a discount of 10% for everyday the shipment is late. A smart contract can be programmed to action this real-world agreement based on the environmental data supplied to the blockchain from the tracker, with little need for human intervention.

It might all sound simple enough, but there are a number of security concerns; for LX Group it’s all about being able to trust the data written on the blockchain.

As these devices are often left out in the wild to fend for themselves, there’s a very real danger that they are tampered with, or even physically hacked. So, not only is the data they gather encrypted for security, but the devices are designed to be physically robust enough to resist nefarious hands and inclement weather.

LX’s primary concern is that the “device provides inaccurate information that is then used by a smart contract, which in turn is executed incorrectly,” Blyth told Hard Fork. “Imagine a large transaction (penalty or reward) between two parties being executed incorrectly because a device ‘got it wrong.’”

Indeed, LX is well aware of what’s at stake. To combat potential mishaps, its trackers refer to what it calls “oracles,” to ensure data can be trusted. In simple terms, an oracle is a data source, one of the device’s onboard sensors, or an entire device in its own right.

When deciding whether to action a smart contract or not, “multiple oracles” need to corroborate the information, otherwise the smart contract won’t be executed. In the case of the fish, GPS alone isn’t responsible for reporting the location of the shipment.

The smart contract will also look to WiFi location data, cell network data, other trackers, and in some cases other official, third-party data sources to corroborate the whereabouts of the shipment.

Sure, nothing is ever truly unhackable, but by using multiple oracles LX reduces the risk of its devices being hacked by increasing the number of attack vectors that need to exploited to dupe the system.

In many ways, these devices are about replicating real world contractual agreements held across supply chains and, where possible, automating them to minimize human intervention and remove the potential for human error.

Blyth told Hard Fork, “there are no additional trials planned with the Commonwealth Bank of Australia.” The next phase for the company is to develop more commercial grade hardware to support large numbers of blockchain-monitored supply chains.