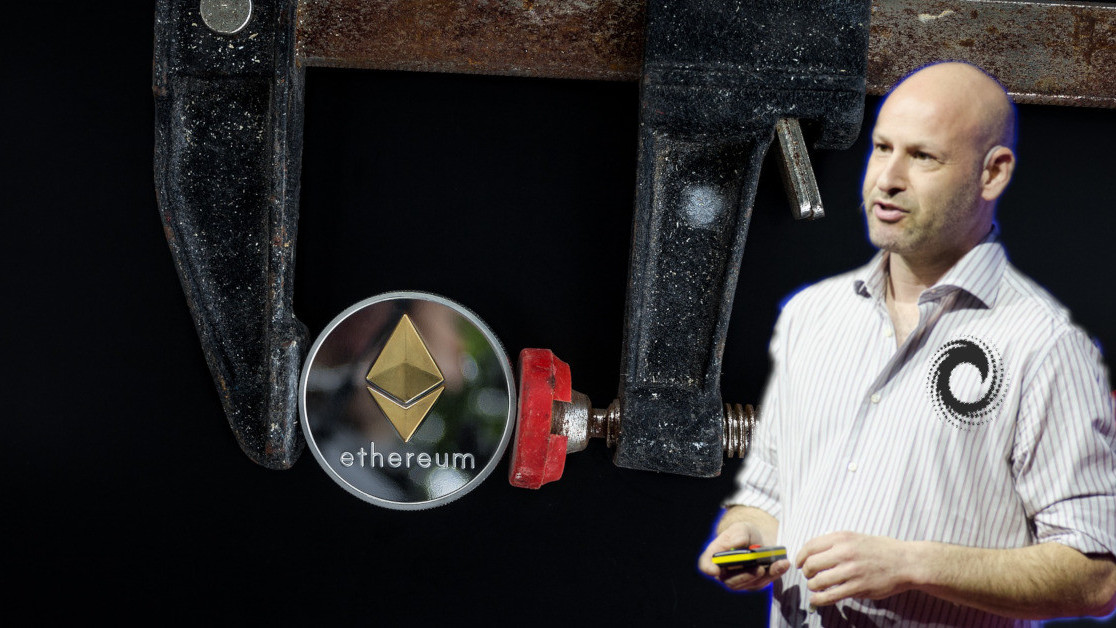 ConsenSys, the blockchain behemoth powering a swathe of Ethereum-related software, is letting 13 percent of its staff go in a bid to retain a sense of viability.

The company confirmed what many believed would be inevitable: the exponential growth enjoyed by Joseph Lubin’s decentralized business experiment can’t, and won’t, go on forever.

A press release optimistically dubbed the new, 13-percent-lighter company as “ConsenSys 2.0,” presumably an attempt to spin the situation positively.

“Excited as we are about ConsenSys 2.0, our first step in this direction has been a difficult one,” the press release read. “We are streamlining several parts of the business including ConsenSys Solutions, spokes, and hub services, leading to a [13-percent] reduction of mesh members.”

Well, one anonymous person claiming to be an ex-employee took to Reddit to field questions from a curious cryptocurrency community.

They say they were let go as they had not successfully turned potential growth into profits – or so they were told.

Anyhoo, here’s some of the key takeaways:

Life at ConsenSys was ‘confusing, sometimes toxic, and empowering’

A big chunk of responses were devoted to detailing life within the walls of one of blockchain’s most powerful companies.

The source claims the working culture was “confusing, sometimes toxic, empowering, and like no other professional setting” they had previously encountered.

Traditional leadership took a backseat to more democratic decision making, allowing employees to be more flexible and imaginative in their roles. This worked, as long as they had enough budget, consensus, and support from their colleagues.

“Our remote first culture and emphasis on electronic communication could sometimes lead to toxicity, as egos can be emphasized or challenged in strange ways through these tools versus face to face communication and work,” the former employee said.

Employees were allowed unlimited vacation (but apparently most workers in the US took less than two weeks). They could also work remotely from anywhere, even afforded the power to shape roles themselves.

Other comments explained a lot of ConsenSys’ employees are young. This allegedly led people into external-facing leadership roles that “perhaps were not mature enough to handle the responsibility.”

“It was at times debilitating when it came to accountability and internal processes (from expense reporting and onboarding to designing new initiatives),” they wrote. “How do you keep people accountable in a remote first leaderless (but leader-full) company? It seemed as if the emphasis was on discovering what could emerge from the bottom up and less on designing from the top down.”

But when asked about morale, considering how ugly this years’s bear market has been, they replied:

“I can only speak from what I could see at ConsenSys, which is myopic at best with regards to morale: currently pretty damn low, but still hopeful and eager to build,” they wrote. “Changes in price certainly impacted mood, but never development. It was surprising how many people I encountered at ConsenSys who had zero ETH or very little – including developers.”

Although pay for ConsenSys devs (and non-devs) was reportedly “generous,” this particular employee was not paid in cryptocurrency. Although, they claimed some employees had received remuneration in cryptocurrency in the past.

“Seemed like a lack of tax and regulatory clarity made it preferential to pay in cash,” they said.

The writing was already on the wall

The source was asked if there was any indication their jobs were in jeopardy. They replied a “town hall” meeting had taken place, where they were told in a straightforward, respectful manner that downsizing would occur, and to expect layoffs.

“Prior to that, the writing may have been on the wall following internal communications about spending pauses following the downturn in the price of ETH,” they said.

These were noted as the first instances of ETH’s price being factored into the work and roles set by the organization in a significant way.

“[…] Leadership sees a tremendous opportunity cost to spending now, at this price, vs [sic] in the future at a higher price,” they added.

In hindsight, the source realized they should have known trouble was coming. They recounted memories of “teams being downsized” in the months prior to this announcement, and a “somewhat strong-armed” restructuring of internal team leaders.

They still want to believe in decentralized tech, but…

It should be made clear this ex-employee isn’t exactly disgruntled. They actually make some rather hopeful statements related to what the future holds for ConsenSys.

“That the current batch of layoffs only impacts 13 [percent] of people is remarkable,” they noted. “That said, not all investments are good ones and some are better than others. Like the larger blockchain ecosystem, a little downsizing and pruning at ConsenSys from time to time is probably a good thing overall.”

But, it’s clear the time spent at ConsenSys left a certain ambiguous mark on this particular ex-employee, despite noting they felt useful and interesting during their employment.

“I want to believe in decentralized tech and crypto, [but] belief [plus] doubt [equals] sanity,” they confessed. “I question whether the current trend of incumbent players and the global elite looking [towards] crypto and Ethereum is a positive trend.”

“Think banks, hedge funds, insurance companies, and governments. Ultimately, tech is just a tool, like a hammer, and a hammer can build or it can smash,” one comment continued. “Will this tech be used responsibly by governments like the UAE? Is it wise to invite multinational corporations in to a future where value has been turned on its head?”

Hard Fork has reached out to ConsenSys for a statement, and will update this piece should we hear back.

Ultimately, the source hasn’t ruled out working with blockchain, or in any adjacent industry, again.

Much akin to ConsenSys (2.0), the source warned they would be treating this as a “moment to pause and consider” the next steps.

This news solidifies downsizing as a verifiable blockchain trend. Last week, Hard Fork reported at least three other cryptocurrency-related startups have let staff go as a result of this year’s cryptocurrency downturn.

Most notable (besides ConsenSys) is “decentralized” content-sharing platform Steemit, which recently fired 70 percent of its workforce in order to stay alive.