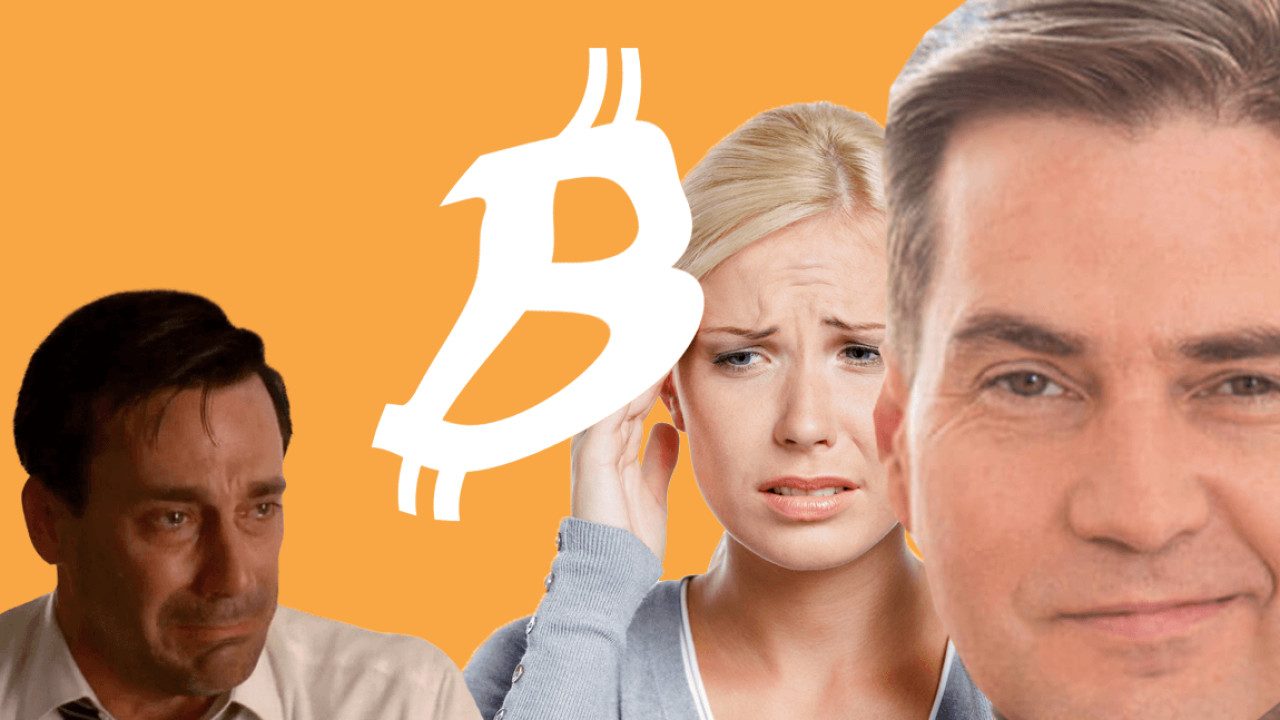 A tweet from Bitcoin’s self-proclaimed creator Craig Wright has got the entire cryptocurrency community turning to calculators.

Wright took to Twitter to posit that cryptocurrency mining pools that can’t mine blocks of 32MB – which even a 56K modem could handle – “deserve to be bankrupt.”

If a pool cannot mine a minor 32mb block (that a 56k modem could handle) and tries to hobble scaling to subsidise their failure, they deserve to be bankrupt.

This is capitalism. Scaling is happening in #BCH

He further added that, in his opinion, such pools are just using the scaling problem of blockchain to “subsidize” their own failures. He also claimed that Bitcoin Cash (BCH) is solving this problem.

Things were all good until people started pointing out his calculations might be a bit off. A user pointed out that it will actually take more than an hour fora 56K modem to download 32 MB. But, Wright persisted that it will only take about 10 minutes to achieve the feat (9.5 to be exact).

Cornell University professor Emin Gün Sirer — an established name in the cryptocurrency industry — stated that it will take 76 minutes for the 56K modem to download that much data – not 9.5, as Wright suggested. Sirer took a jibe at Wright for having strong opinions, but not being able to do simple maths.

A certain someone has strong opinions on protocol parameters. Yet he cannot calculate how long a block will take to download.

Get your popcorn ready, as our guy and his sock puppets try to battle it out with “maths.” pic.twitter.com/9rwm6A7Jl8

But, it turns out that even Sirer’s mathematics is a little off. After a call for peer review, Ripple’s CTO David Schwartz calculated that it will actually take 79.89 minutes for the modem to download 32 MB of data.

Schwartz further points out that due to the taxes imposed by US Federal Communications Commission (FCC), the capacity for 56K modem has never truly exceeded the limit of 53.3 kbps or so (in which case, it would take upwards of 83.94 minutes).

Wright and Sirer aren’t the only ones who got defeated by the calculations. If you ask Ethereum’s co-founder Vitalik Buterin, the entire idea of measuring file sizes in bytes but internet bendwidth in bits per second is stupid. He responded to Emin’s tweet:

The other point here is that this thing where we measure file sizes in bytes and internet bandwidth in bits per second is stupid, and we ideally should just stick to one and be consistent.

Buterin’s tweet ended up sparking another debate about the need to standardize the measurement systems for both, given how frequently errors like these are made.

Nick Johnson, core developer of go-Ethereum, pointed out that the errors stem from people naively converting one byte to eight bits, which is not always true.

It makes sense insofar as bandwidth is generally measured and specified in bits. People make the mistake of naively converting 8 bits to a byte, but the bandwidth figure excludes protocol overhead.

And I don't care if it's because at some bottom technical level, bits are put into groups of 8 on hard disks but not in internet cables. Those details are only experienced by very small numbers of people, ergo language should not be designed around them.

Buterin stuck to his argument that technical accuracies experienced by only a few people shouldn’t be the basis of defining the language for everyone. He insisted that this approach leads to a lot of confusion (like, Craig Wright?). But not everyone seems to agree.

You are missing one important detail. Various network protocol use different settings for stop bits, parity bits, etc. So 1 transmitted byte is not always 8 bits.

At last, an agreement was reached. As long as the customers purchasing modems and internet connections are advertised with bytes/sec (instead of bits), they can keep using bits/sec for the rest of the cases.

OK, I'm happy to settle for "bytes/sec is the number that gets advertised to customers purchasing internet connections, network engineers keep talking about bits/sec internally" :)

When Wright made the original remarks, everyone on social media jumped the gun to make fun of him. Not to defend Wright, who frequently makes unfounded claims, it seems that even people we accept as “blockchain experts” are getting their facts wrong frequently.

Instead of nitpicking whom we bully, perhaps it is better for the cryptocurrency community to focus on criticizing the facts. After all, a gullible and biased tweet from Wright has got many to talk about the important issues concerning mining. Not to mention, Buterin campaigning on behalf of us all non-tech geeks for our essential human rights.