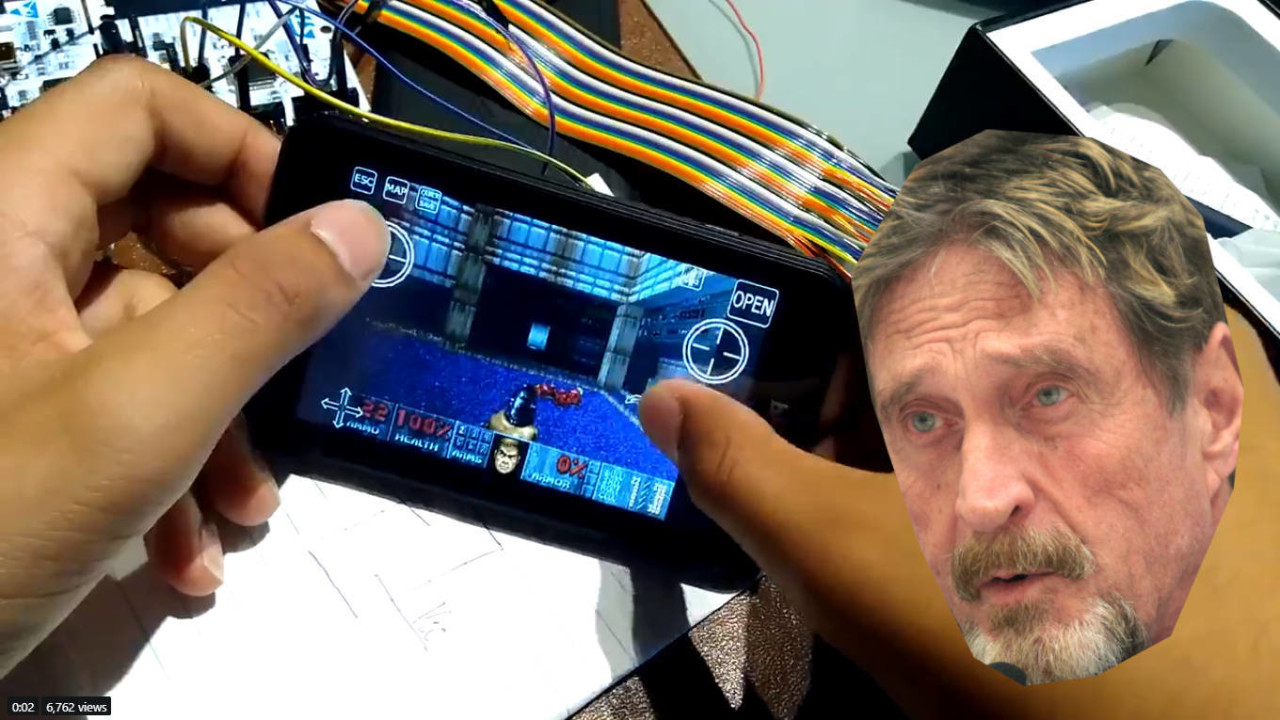 John McAfee’s ‘unhackable’ cryptocurrency wallet – the one with a $250,000 bug bounty on it – has been cracked to run the iconic game DOOM, courtesy of a teenage security researcher.

Video of the old-school first-person shooter has surfaced on Twitter. Self-described adversarial thinker Saleem Rashid is credited with hijacking it – a hacking prodigy just 15-years old.

Keep in mind, Bitfi’s wallet is meant be the world’s first ‘unhackable’ device, supposedly doubling as a secure cryptocurrency storage solution. But as we already know, this is hardly the case.

In recognition of @Bitfi6 and @officialmcafee and their prestigious @PwnieAwards accolades, we'd like to show you @spudowiar playing DooM on his #BitFi secure wallet! Congratulations! pic.twitter.com/50qZZu1MnF

Now, while there is surely a massive reward for breaking into a Bitfi wallet – it can only be claimed if the cryptocurrency it is meant to protect is removed. Even though the wallet has been torn apart in every way – the coins aren’t stored on-device; they’re on a cloud somewhere.

This point has been vehemently argued by McAfee.

The press claiming the BitFi wallet has been hacked. Utter nonsense. The wallet is hacked when someone gets the coins. No-one got any coins. Gaining root access in an attempt to get the coins is not a hack. It's a failed attempt. All these alleged "hacks" did not get the coins.

Bitfi does have some accolades – well, one. It has just won this years “Lamest Vendor” Pwnie Award, presented to security researcher Ryan Castellucci on its behalf. The Pwnies are a showcase and celebration of the best and worst in information security.

Congratulations to Bitfi and Rashid – but I have to ask: when Skyrim?