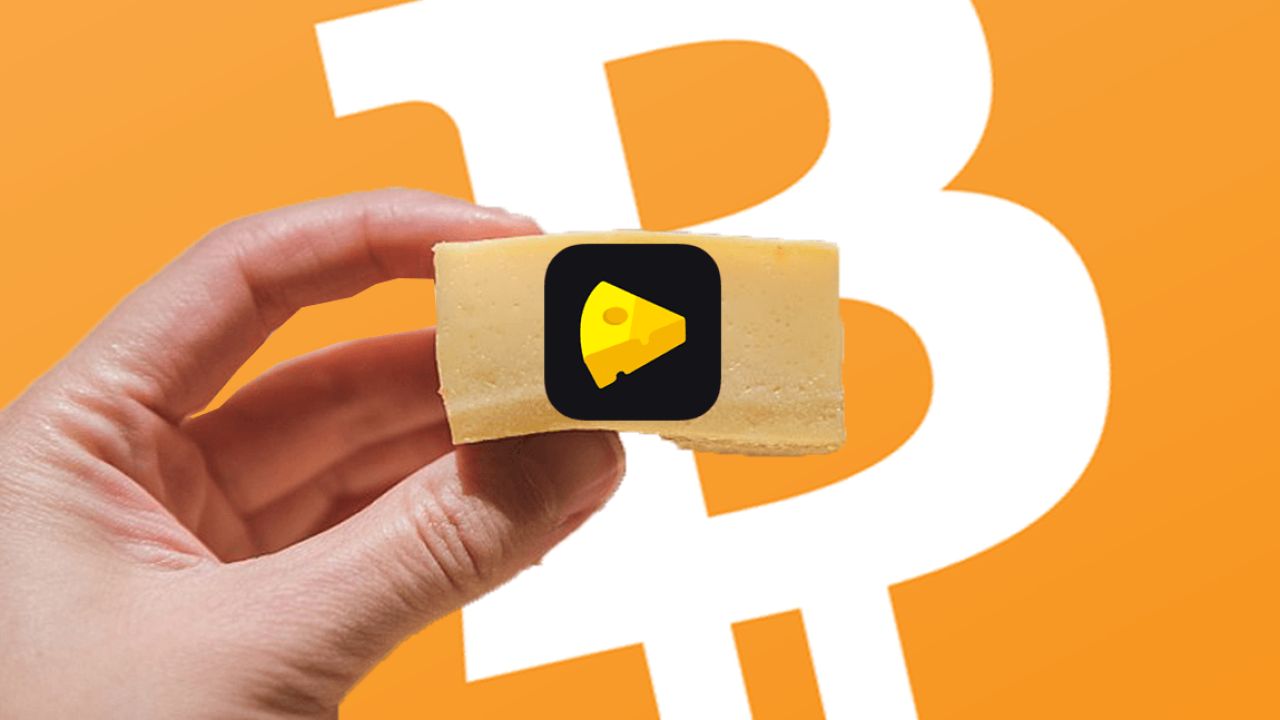 Social video app Cheez, which boasts over five million installs across Android and iOS, is rolling out a cryptocurrency integration that will let users earn Bitcoin (BTC) and Ethereum (ETH). But there are a few caveats: the reward ceiling is pretty low – and the integration is mostly centralized.

The video app, developed by livestreaming household name LiveMe, will require users to complete a series of daily tasks (anything from sharing videos to uploading content) to earn their coins.

But before you get your hopes up Cheez might be a new career avenue, the daily limit for rewards is capped at 0.00352 ETH or 0.000241 BTC – about $1.50 at the current rates. So not exactly enough to make a living out of posting short clips online.

“This new integration with Contentos allows us to reward our users for their daily contributions to the Cheez community, while also introducing a new audience to crypto and blockchain,” LiveMe CEO Yuki He told Hard Fork.

”We believe blockchain has the potential to revolutionize the digital content industry, so we’re excited to lead the way and start getting people excited about cryptocurrency and the underlying technology,” she continued.

The integration was developed “in partnership with” blockchain startup Contentos, which promises to “decentralize the mobile content ecosystem and empower independent creators.” Ironically, Contentos founder Mick Tsai revealed to Hard Fork the company will leverage a “centralized server” to get the functionality off the ground.

As part of the collaboration between the two companies, Cheez will also enable rewards in Contentos’ Ethereum-based ERC20 token, COS. Of course, there is a catch here too.

For one, there is a limit: users can only get rewarded with COS once for each of the 15 daily tasks.

While users will be eligible to receive COS tokens for each completed task, they will only be able to claim Bitcoin or Ethereum rewards for every three, six, and 10 tasks completed. The downside is that COS tokens have no value outside of Cheez. Indeed, the token has not yet been listed on any exchange desks.

That said, users can lavishly spend their COS tokens on special features within Cheez – like using AR filters and contacting their favorite creators (because who doesn’t love paying for the right to talk to their idols). If not, users can hold onto their COS and hope the token gets listed on an exchange desk in the near future.

“We’re planning to list COS on a top-tier crypto exchange later this year so that LiveMe and Cheez users will be able to trade with other crypto[currency] or fiat,” Tsai told Hard Fork. Unfortunately, the company has yet to specify a clear timeline for this.

On the bright side, you can do as you wish with the Bitcoin and Ethereum you’ve earned.

“Users can transfer their BTC and ETH holdings from the embedded digital wallet within Cheez to other crypto wallets or exchanges to convert them to fiat,” Tsai added. It is worth noting that all transaction fees will be handled by the user.

For the record, there is nothing stoping users from withdrawing their COS tokens to their wallet too – other than completing Contentos’ know-your-customer (KYC) process. But the issue is that there is no real use for them outside of Cheez for the time being. That, and users will have to foot all gas fees for facilitating a transaction between Cheez and their preferred third-party wallet for Ethereum.

Cheez insists the goal with this integration is to open up new venues for cryptocurrency mass adoption. “While blockchain and cryptocurrency are poised to reshape the future global economy and the way people engage and transact with one another, the industry has yet to see successful adoption among the masses,” the company told Hard Fork.

But considering all the limitations and workarounds in the current implementation, the collaboration hardly feels like an example of a “real” blockchain use case.

Indeed, Contentos confirmed that all COS-powered interactions within Cheez are handled through a server – and not immediately recorded on the Ethereum blockchain.

“We are not directly leveraging the Ethereum blockchain to complete all COS transactions,” Tsai told Hard Fork. “Since we’re introducing a new concept to millions of non-crypto users, we see this as the transition phase that leverages a centralized server to store all COS.”

“Not only is it infeasible based on Ethereum’s current performance,” he continued, “it’s also hard for typical social media users to understand the concept of wallets and ERC20 tokens.”

Tsai is not wrong. Indeed, Ethereum founder Vitalik Buterin would likely agree with him.