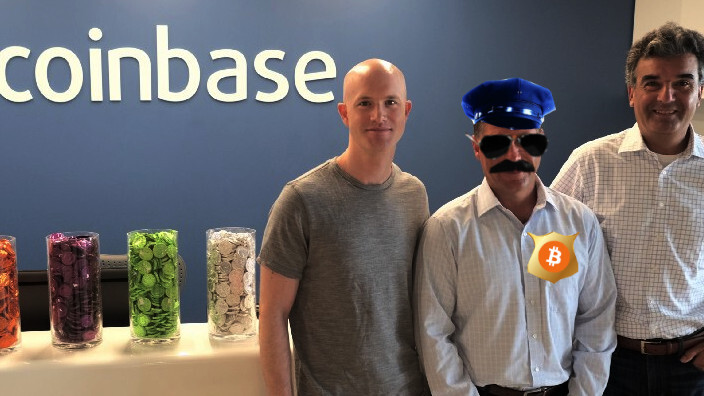 They’ve put Jeff Horowitz in charge of keeping Coinbase in line as it continues its global expansion. According to Coinbase’s official release, Horowitz spent 12 years at Pershing LLC, a BNY Mellon Company – one of the largest brokerage custody firms.

He was also its global head of anti-money laundering (AML), perhaps highlighting how closely Coinbase has been paying attention to the concerns of international committees such as the G20.

Banking execs like Horowitz have certainly been making the switch to cryptocurrencies more frequently lately, but it’s also indicative of a widespread anxiety regarding laws and classifications yet to be decided.

After operating for so long without someone with compliance in their title, Coinbase are probably playing to institutional investors still wary of the current regulatory uncertainty in the space.

Its custodial service for cryptocurrencies – which safeguards large amounts of digital assets owned by large investors – only opened in July, so such concerns could still be real factors in its growth.

If Coinbase could reassure investors that their handling of large amounts of digital assets is perfectly compliant and with minimal exposure to the unsavory, then maybe the money will start coming in.

Coinbase did prove its compliance with the SEC in order to open its custodial service, so the addition of Horowitz is really the perfect way for Coinbase to pander to Wall Street just that little bit more.