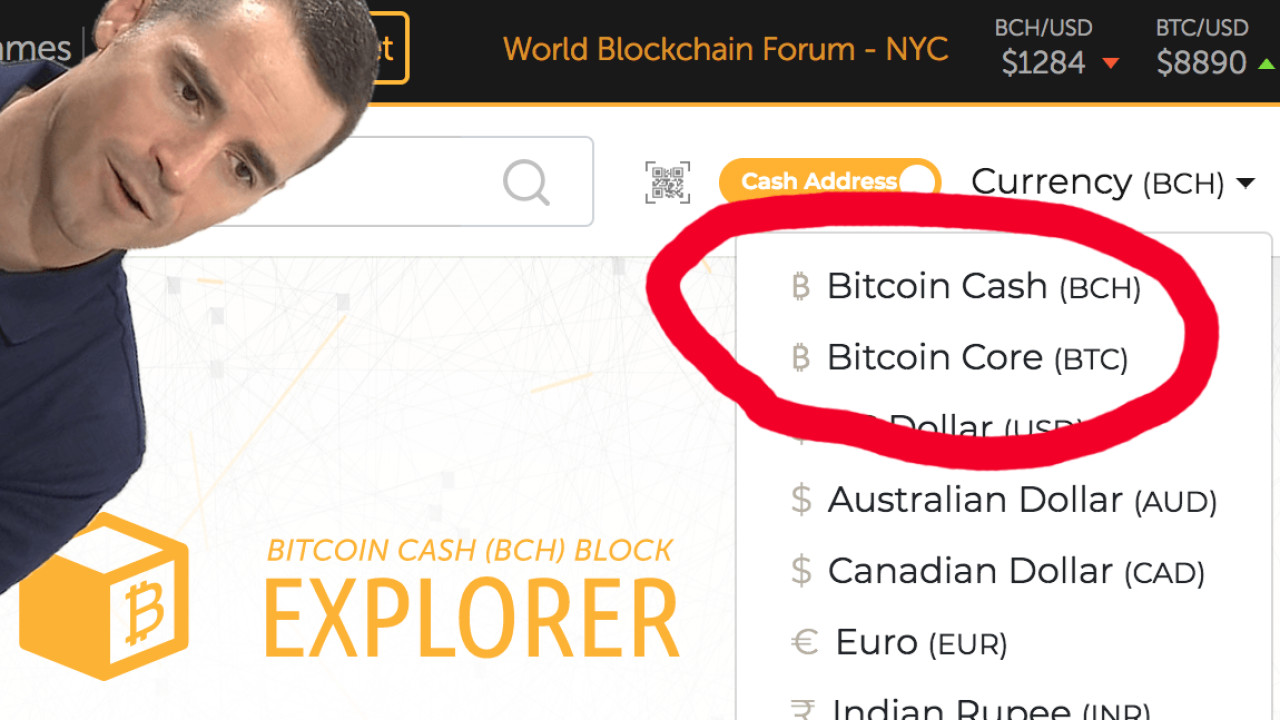 Following a heated backlash and some legal threats, Bitcoin Cash BCH (BCH) proponent Bitcoin.com has updated its block explorer page to remove any language suggesting that BCH is the real Bitcoin (BTC).

Bitcoin.com (not to be mistaken with Bitcoin.org which is dedicated to the development of BTC) came under fire from the cryptocurrency community after it recently made confusing changes to its website, labelling BTC as “Bitcoin Core” and BCH – simply as “Bitcoin.”

Unlike Bitcoin.com, most cryptocurrency trackers simply refer to Bitcoin as BTC and Bitcoin Cash as BCH. This sentiment is shared by pretty much everyone in the space – with the exception of the BCH camp.

While Bitcoin Cash forked off the original Bitcoin blockchain, its proponents have since argued that – due to recently introduced changes to BTC – the design of BCH resembles the way Satoshi Nakamoto originally envisioned Bitcoin closer than BTC. This is why BCH supporters have been trying to claim the “Bitcoin” label for BCH… by calling BTC “Bitcoin Core.”

The problem is that this insistence by BCH supporters has caused quite a bit of confusion for cryptocurrency rookies – and Bitcoin.com is partly to blame. In fact, many blockchain insiders have lambasted Bitcoin.com founder Roger Ver for his sneaky attempts to rebrand Bitcoin Cash as the real Bitcoin.

Prior to listing BCH as “Bitcoin” on its block explorer page, the company rolled out a “Bitcoin Wallet” for iOS that misleadingly defaulted to Bitcoin Cash addresses; many crypto-enthusiasts have since deemed this marketing fraudulent as it could lead to loss of funds – especially for people new to crypto.

The Bitcoin.com wallet is a simple and powerful full featured Bitcoin Cash (BCH) and Bitcoin (BTC) wallet that allows you to send and receive either currency with anyone anywhere in the world.

But it was ultimately the change to the block explorer page that tipped the crypto-community against the BCH gang.

The move garnered quite a bit of controversy, with some critics going as far as setting up a website to crowdfund a lawsuit to foot the legal fees for anyone who “lost money” due to Bitcoin.com’s “fraudulent practices.” However, legal experts doubt the lawsuit could lead to anything serious, according to CoinDesk.

All ‘politics’ aside, it is good that Bitcoin.com has agreed to drop the misleading language from its website; it will hopefully curb some of the Bitcoin confusion crypto-rookies deal with.

As Ethereum co-founder Vitalik Buterin once hinted, there is no reason Bitcoin and Bitcoin Cash can’t co-exist: there is no need for petty fights over labels.