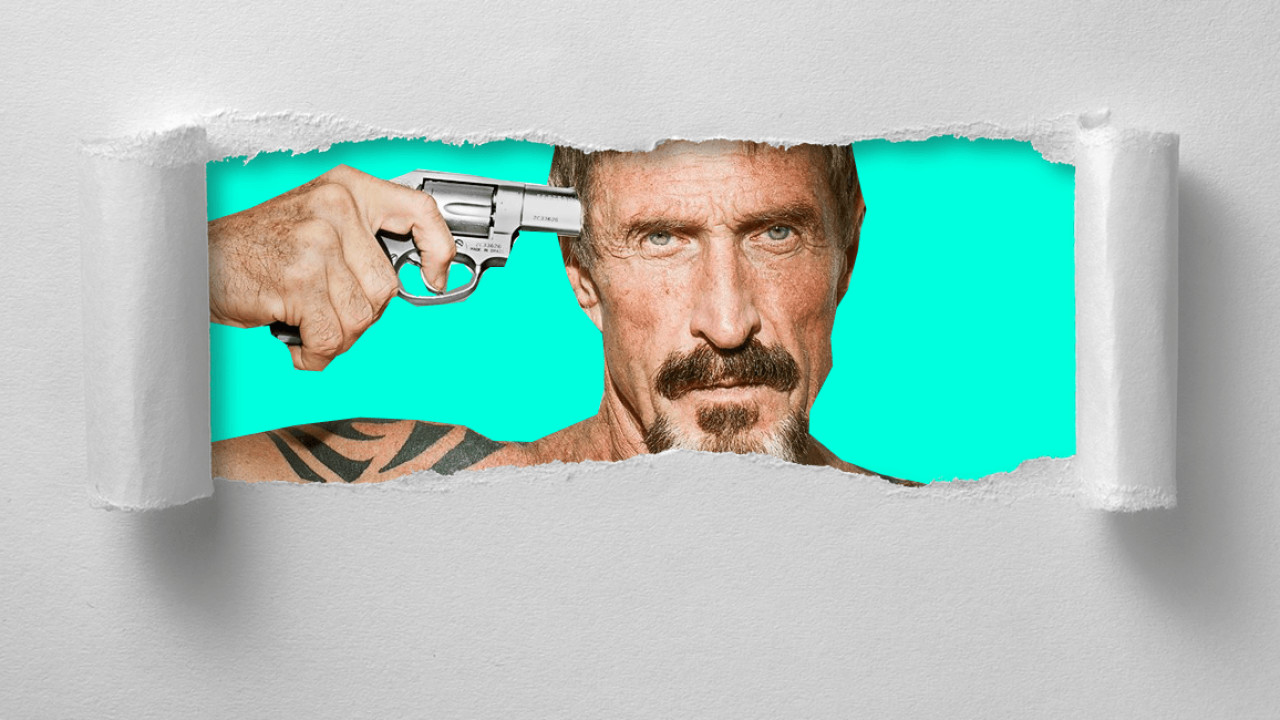 Professional oddball and former antivirus pioneer John McAfee has ventured into an exciting new business opportunity: cranking out white papers for cryptocurrency and blockchain startups that simply lack “the time or talent” to produce one for their sketchy initial coin offerings (ICO).

The self-proclaimed “crypto visionary” took to Twitter to announce his new service. “My team has created a White Paper production service,” he said.

My team has created a White Paper production service. If you are planning an ICO and don't have the time or talent to produce the White Paper, then we can help. We can produce any part, or even the entire paper. Contact us at [email protected]

Details remain scarce, but McAfee says that his service essentially offers “a team of tech writers” capable of fleshing the mad science locked inside the heads of programming talent and putting it on paper.

“Techies don’t usually tend to be great marketing and tech writing geniuses,” the businessmen said. “That’s why development teams hire ‘tech writers.’ Every one knows this.”

“Can you imagine what white papers would look like if written by programmers,” McAfee responded, fending off some of the criticism that individuals lacking the knowledge to churn out a white paper should probably avoid writing one. “Get fucking real.”

The former antivirus boss has yet to clarify how much the service would cost. “Depends on the amount of work we would have to do,” he commented. “If the development is nearly finished and it’s time to write the white paper then it would be easy.”

“If only a small part of the development is finished, then it would be a serious undertaking,” he continued. “We normally do not work with those.”

One thing we do know, though, is that the new white paper service has no domain for now; and it seems McAfee has no intention of opening one:

Why do I need a domain? I've had 100s. I am as popular and successful without one as I was with one. A distributed universe needs no domains. The block chain is our universal domain. Domains are vestigial ornaments of the old order. If you have one, abandon it. Set yourself free.

We have reached out to ask McAfee about the standard rates and will update this piece accordingly if we hear back.

In the meantime, it might be appropriate to address some concerns with the antivirus-man’s new venture.

While it might be true that not all developers have cultivated the necessary skills to pen a proper white paper, offering a service like this could make the entire cryptocurrency field even more susceptible to scams – and there are too many of these as it is.

The problem with the current blockchain landscape is that many startups base their entire marketing efforts around their white papers. What is particularly troubling is that naive investors often fail to pick up on the technical shortcomings shifty startups detail in their white papers.

Indeed, there have been a series of mishaps with botched blockchain companies and mysteriously disappearing ICOs recently – often after attracting large investments with their “impressive” white papers. McAfee’s new service could exacerbate this harmful trend even further.

In his defense, McAfee has stated that its team will audit the code of all prospective clients before accepting their orders. “The first step is to determine whether the team even intends to deliver,” he writes. “We’ve solved that now with our extensive background audits.”

“There is zero chance that a scam could slip by us.”

But then again, this reassurance comes from the same individual who ran an incredibly mischievous weekly rubric, where he recommended a series of crappy altcoins to his followers.

Indeed, one of the cryptocurrencies that McAfee shilled not so long ago – better known as TRON – ultimately turned out to have plagiarized its white paper from competitors.

Do as you wish with your own money: I personally wouldn’t pay a dime to anyone who unironically lauded a parody cryptocurrency for its tech – let alone allow them write a white paper for my startup.