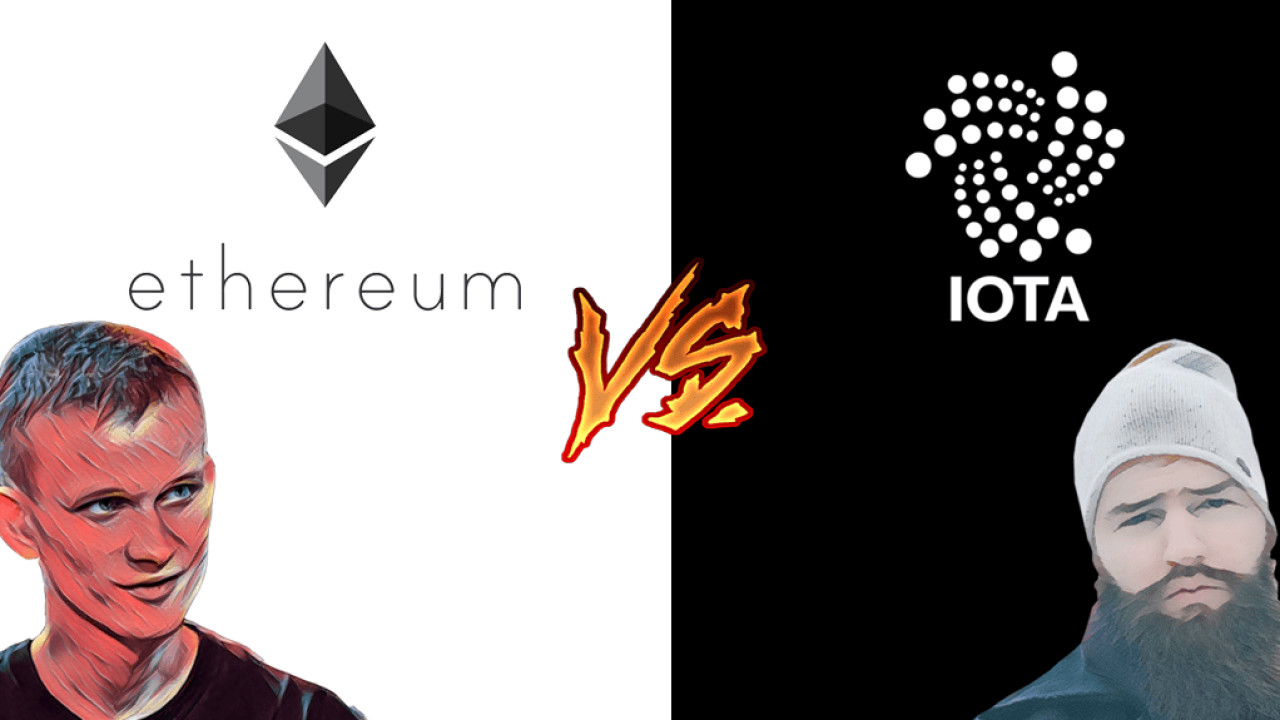 Back in September, Ethereum ETH core developer Nick Johnson penned an interesting piece to sum up some of the reservations he had for up-and-coming cryptocurrency company IOTA and its blockchain-alternative, Tangle.

While he insisted the post was merely intended as a critique addressed at some of the design and architecture flaws he saw in the technology, the situation escalated quickly, ultimately leading up to a minor Twitter argument between Johnson and IOTA co-founder, David Sønstebø.

Unlike standard blockchain solutions, IOTA relies on a slightly different technology to decentralize and distribute its ledger. Contrary to blockchain-based networks which use binary logic, IOTA’s so-called Tangle uses an alternative known as balanced ternary – a numerical system based on three, rather than two digits: -1, 0, and 1.

According to Sønstebø and co-founder Dominik Schiener, Tangle has many benefits over blockchain, including free transaction fees and better scaling opportunities. But Johnson didn’t see things this way.

Among other things, the Ethereum developer argued that, while Tangle sounds great in theory, it is bound to run into a number of practical issues that will prevent the technology from effectively tackling the problems it promises to solve.

“Unfortunately, neither of these are relevant in a practical system,” he noted. “IOTA is by necessity built to run on existing hardware, which is exclusively binary, as are the communication networks it uses. As a result, all of its internal ternary notation has to be encapsulated in binary, resulting in significant storage and computational overhead.”

“Math must either be performed on individual ‘trits’ or first converted from binary-wrapped-ternary encoding into the machine’s native number representation, and back again afterwards — in either case imposing a large computational overhead,” he added.

Almost two months later though, IOTA announced a massive partnership that would see Microsoft, Fujitsu, Samsung, Deutsche Telekom, and a number of other technology giants use its Tangle tech in the first-ever data marketplace built for the Internet of Things.

The news was welcomed with a huge wave of excitement within the larger cryptocurrency community – especially the IOTA community.

Soon after the announcement went live, some Twitter users took digs at Johnson, resurfacing his IOTA critique and juxtaposing it with quotes from IOTA’s new stellar partners.

Not really an assessment, but next time I see Bill Gates I ask him if he could publish one for you. pic.twitter.com/nrUlDUt3Zv

Back in September when the rivalry between the two companies first started to shape up, Ethereum founder Vitalik Buterin preferred to stay on the sidelines the first time Johnson commented on IOTA. But this time he decided to join the discussion himself.

Responding to one of Johnson’s naysayers on Twitter, Buterin left a vague, but somewhat suggestive remark with regards to Microsoft’s endorsement of IOTA.

So, you're saying Omkar Naik (blockchain specialist) is incompetent, because he thinks that Iota technology will go beyond blockchain?

While Sønstebø and Schiener have so far avoided engaging in further banter with Johnson, the co-founders recently participated in one of our TNW Answers sessions, where they had a chance to respond to a number of questions from readers and crypto enthusiasts.

As you could expect, several of these touched upon the differences between IOTA and Ethereum, as well as what each technology brings to the table – and it all but seems that the two companies remain equally skeptical of each other.

Asked about their plans to incentivize users to run full nodes in Tangle and the benefits of running one, Schiener said the following:

The incentive for participating in IOTA as a full node, is the same as in Ethereum and Bitcoin. The advantage that IOTA has is that the validation effort required by full nodes is minuscule compared to Ethereum. […] Other than that: better software that makes the peer discovery easier (while still taking security into account).

But the digs at Ethereum and other blockchain-based solutions didn’t quite end there.

“Are you completely confident that Iota will function as intended (free transactions, accelerating scalability, network security) without the coordinator,” one user asked. “Do you think Ethereum will solve these same problems? Do you think their solutions will be as neat? How might a competitor improve on free, scalable, and secure,” he continued.

To which, Sønstebø replied with the following:

I do not believe Ethereum can solve the same problems, simply because in order to do so they would have to revamp their entire architecture to the point where it would no longer be Ethereum, and I don’t think the miners or eventually stakers would ever vote “yes” on a proposal to kill their profits after their heavy investments. Ethereum is an interesting project, but they have a tendency to make very lavish claims and never deliver on deadlines.

Hofstader’s law need to be kept in mind of course, it’s hard to deliver on time, but Ethereum isn’t even PoS yet… So in summary: I highly doubt it, but more importantly: I don’t think they should. Ethereum was never meant as a transactional settlement layer.

IOTA’s co-founders were equally bullish about the the superiority of Tangle over other blockchain-based initiatives.

When asked about the possibility of entering interoperability partnerships with other blockchain-based network solutions, Schiener remained skeptical, saying that “there are few use cases [he] can think of in blockchain that Tangle can’t do better.”

Interestingly enough, Ethereum made its major break shortly after it revealed it had partnered with over 30 banks and technology giants, including JP Morgan Chase, Microsoft, and Intel. Factoring IOTA’s partnership announcement from this week, it all but seems the company is well on its way to accomplish the same.

I guess time will tell which side made the right bet.

Until then, those curious to see IOTA’s full Answers session can head to this page. We also hosted a session with Ethereum’s Buterin you can skim through here.