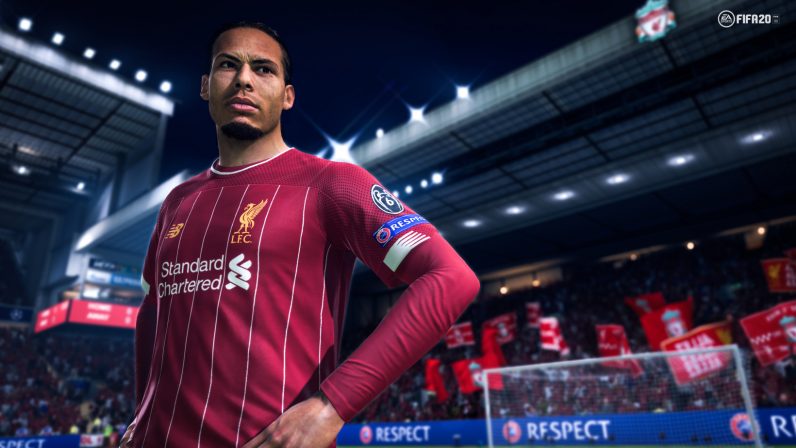 Soccer fans craving a return of the English Premier League (EPL) can see the sport’s stars back in action this week, in a FIFA 20 tournament that starts on Tuesday.

All 20 top-flight clubs will participate in the ePremier League Invitational, with footballers and musicians representing their teams in the knock-out competition.

Every match will be streamed on nbcsports.com and the EPL website. The semis and finals will also be televised on NBCSN in the US and Sky Sports in the UK.

To level the playing field between the game’s giants and minnows, each team’s overall rating will be set at 85.

The prize fund will be donated to the #PlayersTogether initiative, which EPL players have created to raise funds for the UK‘s National Health Service (NHS).

The EPL revealed the full lineup for the tournament today in a tweet.

How Round 1️⃣ of the #ePremierLeague Invitational looks…

The stand-out match of the first round puts England wingers Raheem Sterling and Wilfried Zaha head-to-head on behalf of their respective clubs.

A host of other EPL stars will also put their FIFA 20 skills to the test, including Wolves sharpshooter Diogo Jota and Liverpool assist king Trent Alexander-Arnold, alongside singers Josh Franceschi and Tom Grennan, who respectively take control of Manchester United and Arsenal.

“We are aware of the importance of finding new ways to entertain fans at this time and we’re excited to bring together a strong line-up of players for the ePremier League tournament,” said Premier League Chief Executive Richard Masters.

The EPL is one of a growing range of sports leagues turning to video games to keep fans entertained during the coronavirus pandemic. Basketball stars are currently duking it out in an NBA 2K tournament, while Formula 1 is pitting race car drivers against celebrities in virtual grand prixes. With most major sports on hiatus for the foreseeable future, it’s the closest fans will get to seeing their favorite athletes in action for a while.

Read next: Facebook built a map that tracks COVID-19 symptoms by county