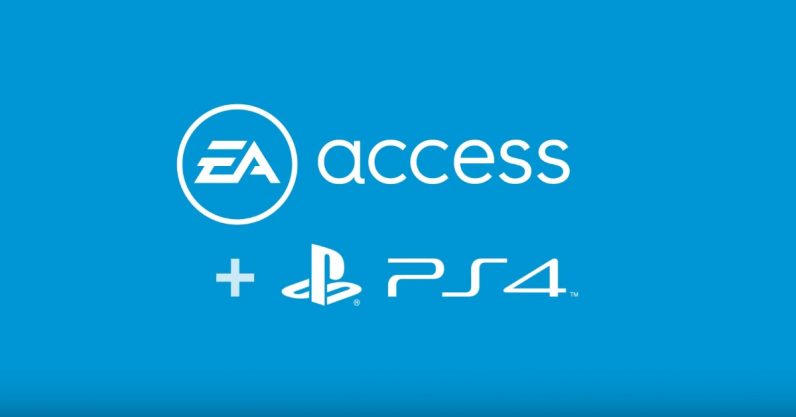 Electronic Arts today revealed it’d be offering EA Access, its game subscription service, for PS4 owners. For Sony’s fans, this means the console gets the service five years after its competitor, the Xbox One. Between this and its other concessions to modernity, it seems Sony is at least making an attempt to catch up with the times (but more on that later).

EA Access, for the PS4 gamers who’ll be getting it for the first time, gives users access to the company’s “vault” — basically its back catalog of past games — in addition to exclusive early trials. The vault includes all of EA‘s flagships series, including Mass Effect, Dragon Age, Dead Space, Titanfall, Unravel, and Battlefield, as well as all of its recent sports games. At a price of $4.99 a month, it’s actually not a bad deal, all things considered.

Up to now, it’s only been available on Microsoft’s Xbox One. A similar service, Origin Access, is available on PC.

EA offered Access to Sony in 2014, at the same time as it did to Microsoft. Sony refused it, citing its PS Plus subscription service to IGN as the reason:

We evaluated the EA Access subscription offering and decided that it does not bring the kind of value PlayStation customers have come to expect. PlayStation Plus memberships are up more than 200 per cent since the launch of PlayStation 4, which shows that gamers are looking for memberships that offer a multitude of services, across various devices, for one low price. We don’t think asking our fans to pay an additional $5 a month for this EA-specific program represents good value to the PlayStation gamer.

It seems the company has reevaluated. Perhaps it realized that giving gamers the option is better than leaving any advantage to the Xbox One.

This is far from the only time in the past year Sony has bowed to the demands of the modern gamer while apparently going against its own self-interest. Last year, it begrudgingly allowed some trials of crossplay thanks to the overwhelming requests of Fortnite players, in spite of its insistence that it would rather not because it couldn’t control the cross-console interactions. It also allowed users to change their PlayStation Network usernames, after over a decade of fans asking for it.

Of course, it won’t be entirely user-friendly. The one caveat to Access on PS4 is that you’ll have to create a new account for each console — meaning your account on Xbox One can’t be used on PS4 — so you’ll have to pay an extra $4.99 monthly if you want Access on both of your consoles. It wouldn’t feel on-brand for Sony if it made it too easy on us gamers.

Read next: Google's new Assistant is so fast that 'tapping to use your phone would seem slow'