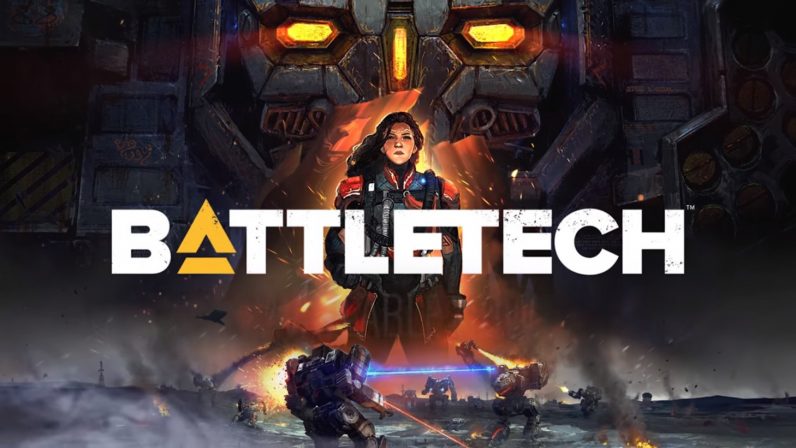 When I first fell in love with BattleTech, in the late 1980’s, it was a popular war game played with dice, figurines, and graph paper. Today, it’s a recently released turn-based PC game that plays a bit like an X-Com and tycoon game mashup. And it’s better than ever.

For the uninitiated, BattleTech is a game universe where various factions of humans, spread out across the galaxy, vie for control of territory in space using giant robots called BattleMechs, or Mechs for short. The men and women who pilot these Mechs are referred to as MechWarriors.

The franchise has had several video games, novels, and still remains popular with the wargaming and board game crowd. It’s probably most well-known for the MechWarrior video game series which included the popular MechWarrior Online (and should be getting a new title next year).

BattleTech, the PC game, is a turn-based strategy game surrounded by a mercenary company management sim. If you’ve played X-Com, Wasteland 2, or the recent Shadowrun games, you have an idea of what to expect in combat.

You’ll lead a “lance” of four BattleMechs, piloted by members of your mercenary company, on various missions. During missions you’ll move your Mechs around until you encounter an enemy, at which point all combat takes place through turns until you meet the victory conditions, suffer total defeat, or bug out.

The game does a great job of introducing you to the mechanics of playing, through a simple and entertaining (if formulaic) tutorial. By the time you’re in combat for the first time you’re ready to use all of your firepower.

Its story plays out in dialogue windows with a few short animations, there’s little in the way of big-budget cut scenes, and nobody recorded hundreds of hours of dialogue. But, this isn’t the kind of game you play to sit back and eat popcorn while its director’s vision plays out in glorious cutting-edge graphics like a Hollywood blockbuster.

BattleTech is a tactical robot fighting game published by Paradox Interactive, a company whose fandom includes many hardcore strategy gamers. Developer Harebrained Schemes doesn’t disappoint either. The game starts off with a back-and-forth between big Mechs, but the heart and soul of it isn’t about combat, it’s about finance and making tough decisions.

Steel is harder to come by than flesh in the world of BattleTech. And the only way to make money is by putting Mechs on the ground and completing mercenary contracts. Unlike X-Com, a game where I was attached to my people, in BattleTech I found myself upset over losing a Mech.

When you’ve finished a skirmish, realized you should have negotiated for more money because the scrap you earned won’t replace the half a million dollar Mechs you’ve lost, and start making dangerous decisions in the contracts screen because you’re desperate to remain solvent for another month: that’s when you know you’re playing BattleTech.

The graphics and music are good, the story is fine, and the combat is great. If there’s one thing I didn’t like, it’s that the game can be punishing and cruel when it feels like luck isn’t on your side. I caught myself nearly raging out after two melee attacks missed in a row, and the single overwhelmed enemy unit managed to get a one-hit kill on one of my unscathed units. Seriously, a giant robot holding perfectly still shouldn’t be hard to punch with a couple of other giant robots. But, having played the game extensively, the luck factor seems to even out over time.

The bottom line is BattleTech was everything I was hoping it would be. As a longtime fan of the series I feel validated. As a strategy gamer, I’m happy to finally have something that makes me as happy as X-Com Enemy Unknown and X-Com Enemy Within did. Only this time, I don’t care about defeating aliens or saving the world.

The story does a fine job of interesting me in the grand conflict – don’t get me wrong —  but right now I can’t worry about that. In my most recent play through I’ve upped the difficulty and I’m just trying to make it to my next financial report without going bankrupt — just so I can continue to experience the sheer joy that comes from destroying enemy units one turn at a time.

Read next: Android P Beta 3 is rolling out now