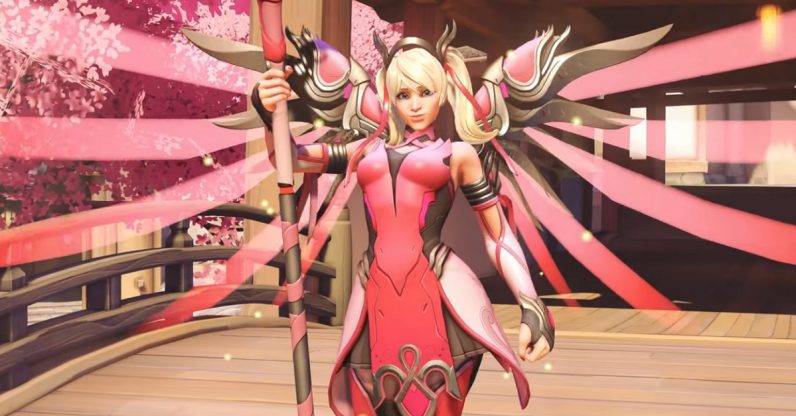 Blizzard is currently running a charity event in its multiplayer game Overwatch, and it’s a surprisingly heartwarming effort from the company.

The details: As part of the fundraiser, Blizzard is donating a minimum of $250,000 to the Breast Cancer Research Foundation (BCRF). It’s also selling a limited edition skin for Mercy, in-game doctor and popular support character — in which she swaps out her usual angelic palette for the typical pink of the fundraiser and the ubiquitous pink ribbons. According to Blizzard, 100 percent of the proceeds from the skin will go towards the BCRF’s research.

Why it matters: Breast cancer fundraising items are not exactly uncommon — I can throw a stone in any given Walmart in October and hit a pink ribbon frying pan or tennis racket. So it’s not the pink in and of itself that touches my cynical heart.

But, speaking as someone who’s lost two close family members to breast cancer — including my mother last year — there’s something touching about seeing the in-game characters with which I’ve become so familiar associated with something so beneficial. I can only hope it’s the first of several charity events from the company. I’ll happily play along if so.

Read next: Apple is removing apps that share your location data without consent