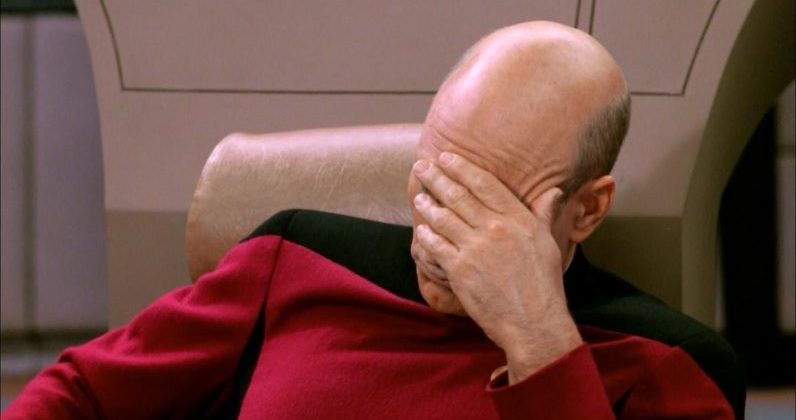 2017 is drawing to a close, and I can only hope that someone doesn’t find someway to break something before the 31st. With as many scandals and screw-ups as we found out about this year, I’d be surprised if someone doesn’t manage to get one more in before the year is actually over.

Here’s a quick rundown of the worst of the tech world’s messes this year. I’d express a hope that 2018 will be better, but I’d be afraid to jinx the future.

There were sexist scandals aplenty throughout the year, each just as seedy and unpleasant as the last. The one which cause the greatest upset was probably the screed penned by one James Damore, at the time an engineer for Google.

The Damore document espoused what can, at best, be described as backwards views about the differences between men and women, and why these might be the reason for gender gaps or the lack of women in leadership positions. The internal memo was exposed after it sparked a backlash within the company itself.

Damore was fired from Google, with Sundar Pichai racing home from vacation in order to assure both his employees and the public that Damore’s views didn’t reflect the company values. His firing itself has drawn further controversy, with some saying he shouldn’t have lost his job over having an opinion, even an unpopular one.

On September 8, Equifax admitted the data of 143 million customers had been stolen over a period between May and June this year. The failure of such a large company to protect its data was a fuck-up of monumental, long-ranging consequences — particularly since the breach wasn’t really the result of clever hacking so much as poor security.

Equifax has since been investigated by Congress for its screw-up, and current CEO Paulino do Rego Barros Jr. was forced to admit he didn’t even know if his company was encrypting its data. We’re not quite certain how the business is even managing to weather such a storm.

WannaCry shuts down everything

On May 12, a cyberattack called WannaCry hit over 150 countries and affected 10,000 organizations. It exploited a security vulnerability originally discovered (but not reported) by the NSA, attacking any unpatched computers running Windows XP.

The attackers demanded ransom in bitcoin, and would likely have extracted a fortune in blood money had a security researcher not found a quick fix to stop the attack. Even he warned that the world likely hadn’t seen the last of this kind of attack.

Several companies this year, including Facebook, Google, and Twitter were forced to admit to Congress that they’d advertising space to suspect Russian organizations who tried to influence the 2016 American presidential election.

The ads themselves mostly targeted contentious political issues rather than candidates. The intent appears to have been to create divisions among an American public increasingly reliant on social media for news. Congress has repeatedly criticized the companies for their inability (or unwillingness) to adequately police their own content.

It feels as though scarcely any month went by this year without some bad news coming from Uber, and I could easily fill this whole article with the scandals surrounding the popular rideshare app.

For the sake of brevity, let’s just cover the highlights:

Remember, that’s just what I have room for/can remember off the top of my head.

Again, I’m not going to express the vain hope that 2018 is better than this year, and I’m scared to question how it could be any worse, lest it find a way to answer. But if it does wind up being slightly less contentious, I certainly won’t complain

Read next: Learn important computer science basics for under $40