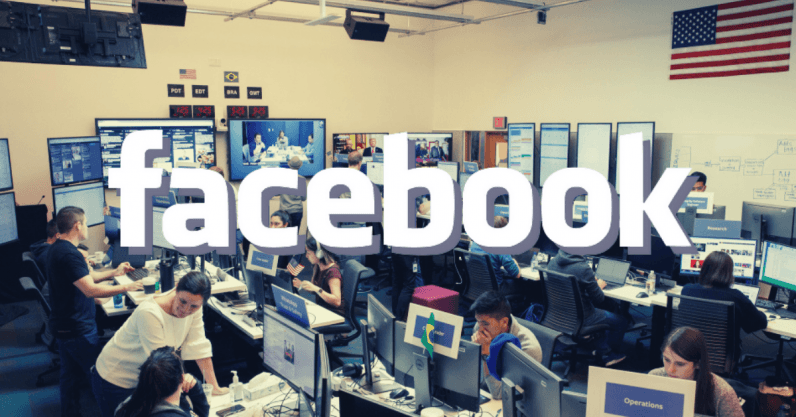 With the huge EU elections around the corner, the issue of fake news has started to crop up again in headlines — and Facebook seems determined to make up for its mistakes from when the platform was abused in the 2016 US Presidential election. It’s now created a dedicated ‘war room‘ to fight misinformation across the EU, and entered into partnerships with fact-checking organizations.

This is a respectable and necessary move on behalf of Facebook. In addition to preventing voters across the continent from being unnecessarily swayed, it could help improve the company’s abysmal reputation — but it simply isn’t paying enough for it.

Even though some political ads and misinformation are slipping through Facebook’s filters, people in the fact-checking community seem optimistic the social media giant’s approach can work.

“I definitely see some power-plays in the way Facebook is taking this problem on,” Dhruv Ghulati, CEO of Factmata, told TNW. He’s happy Facebook is working with local fact-checkers and utilizing the expertise of fact-checking initiatives.

There’s just one problem: the partnerships Facebook has with fact-checking organizations and non-profits aren’t sustainable. Being a CEO of a startup developing AI and community-driven fact-checking tools, Ghulati worries Facebook’s method will ultimately put fact-checkers out of business — risking upheaval of misinformation further down the road.

“Publishing and fact-checking is already struggling to receive adequate funding, so I feel Facebook should fundamentally re-think how they do community partnerships,” Ghulati said.

“For example, Snopes, the most popular fact checking initiative in the world, got just $100,000 from Facebook to be part of its program. However, it is certain that Snopes, by indirectly helping to train Facebook‘s automated fact-checking AI, would have been saving Facebook many billions of dollars more by preventing reputation damage and better quality content moderation.”

$100,000 is pocket change for a mega-corporation like Facebook. Last year alone, company made $22 billion in pure profit and put whopping $3 billion aside just to pay possible antitrust fines. Although these numbers don’t directly relate to money for operations like fact-checking, it does show Facebook can afford to open up its wallet.

We need a new system to support fact-checking

Ghulati says the problem stems from the nature of fact-checking organizations, but it’s on Facebook to not take advantage of that — if the company is serious about fighting misinformation.

Non-profit fact-checking initiatives are primed to accept relatively low payment for their services to flag content, especially for Facebook, because it allows them to fulfill their mission at scale.

“But I wish fact checkers and publishers saw the opportunity here to stand their ground. Just because you are a non-profit doesn’t mean you should not earn sustainable revenues,” Ghulati explains.

To ensure fact-checking initiatives remain financially viable, Ghulati would like to see public discussions on pricing models which would allow them to continue to deliver their services to people. For example, if organizations would actually band together to build their own automated fact-checking AI system, they could then license it to Facebook for a much larger fee, ensure sustainable revenue generation, and take back power in an already one-sided media landscape.

It has to be said that Facebook does seem serious about fighting misinformation and appears to be cleaning up its act. But Ghulati reiterates that if Zuckerberg and his team truly want to keep fact-checking alive, then they need to start treating smaller outfits as true partners — and that means no more minimum viable payment.

Interested in knowing more about the fight against misinformation? Dhruv Ghulati will be speaking at the TNW Conference this week and there are a few tickets left — book now!