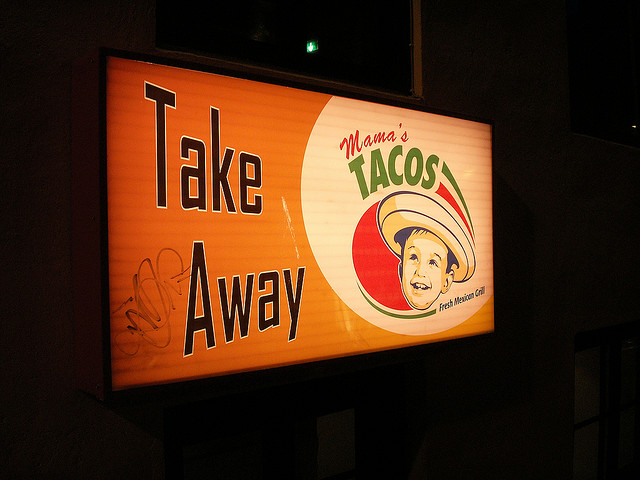 The young Mexican food delivery platform MiOrden.com was acquired by its Spanish counterpart SinDelantal, the companies recently announced. MiOrden.com also informed it would stop to operate as such, and a new page has already been launched: SinDelantal.Mx.

The deal was initiated and closed by Investomex, a new Mexican fund for startups which had partnered with MiOrden.com’s founder Eduardo Mussali at the end of August, shortly after the launch of the food delivery platform a few months earlier.

According to Investomex’s co-founder Sergio Romo, the opportunity for this sale emerged when he and his business partner heard around mid-November that SinDelantal was planning to expand to Mexico.

It was the right moment for MiOrden.com to find a partner, he explains; larger foreign competitors were soon to enter the market, and the startup would need more funding to improve its technology and power its growth. The trio quickly connected with one of SinDelantal’s chairmen, Michael Kleindl and flew to Madrid shortly thereafter to meet the startup’s founders.

A few weeks later, they had a deal: SinDelantal would acquire MiOrden.com for an undisclosed sum, with Mussali becoming Director of Operations of the newly launched SinDelantal.Mx.

While SinDelantal had already planned to expand to Mexico, doing so with a local partner is an interesting strategy. It’s a tactic that SinDelantal already used in November 2011 when it acquired Zampalo, a food delivery site that was operating in the Balearic Islands.

For SinDelantal, buying MiOrden.com means getting immediate access to its affiliated restaurants (around 100), but also to its knowledge of this fast growing market.

It’s a known fact that e-commerce has a huge potential in Mexico, where Internet penetration is growing fast. According to Romo, food delivery is a particularly attractive segment, mainly due to its size. When the global market leader Just-Eat boasts “20,000 takeaways in 16 countries”, Mexico City alone has 18,000 restaurants that offer food delivery, he says.

While SinDelantal will benefit from an attractive foreign market to explore, SinDelantal.Mx will also be able to include features MiOrden.com couldn’t offer, starting with an improved interface, a much larger restaurant base and mobile orders.

This is obviously a success for the Spanish startup, which is currently closing its third round of financing. It already grew from 5 to 25 employees in 2011, and plans to keep on hiring in Spain, where it wants to double the number of restaurants it’s working with, as well as in Mexico, where its team should double to 30 members.

Yet, this acquisition is also interesting from a Latin American point of view; because it’s only a start for SinDelantal, which plans to expand to another Latin American country in 2012, but also because it can be interpreted as a sign that the Mexican startup scene is emerging.

In an ecosystem where startups have been struggling to raise capital from like-minded people, it is certainly refreshing to see new funds emerge. While Mexican.VC is “Silicon Valley’s first fund for Mexican startups”, Investomex is a local fund which hopes to bring successful foreign Internet business models to Mexico, where they can be cloned.

Although Romo and his business partner kickstarted the fund by doing seed stage investments with their own money, they don’t want to limit themselves to early-stage acceleration; according to Romo, the pair is more than willing to find investors for bigger opportunities that could emerge.

‘Opportunities’ is to be understood in a broad sense: Romo, a former lawyer, insists Investamex is as much about making money as it is about improving the Mexicans’ daily lives. This is also the reason why he created the online group “Lean Startup DF“; ultimately, his ambition is that a new batch of young startups will contribute to making Mexico a better place.

Read next: Sony to ship Vita with Netflix support in US and Europe on February 22