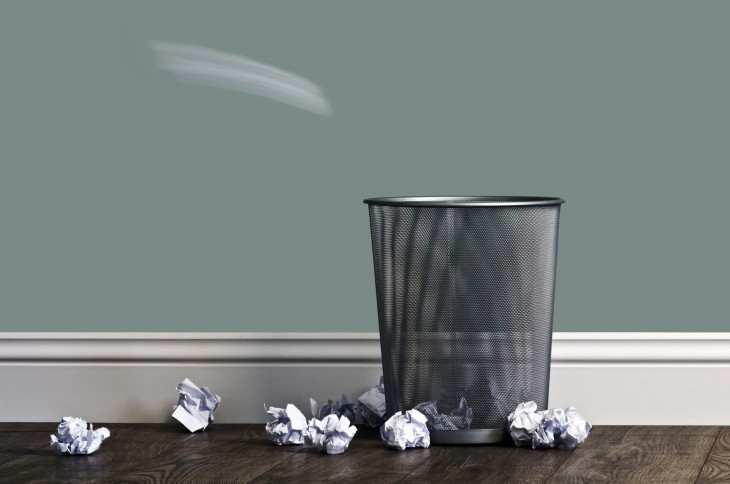 Max Nalsky is the founder and CEO of Pyrus, the workplace collaboration and productivity platform.

We operate in a world of inboxes. Everyone has his or her collection of points where other people can touch them — email, Facebook, Twitter, Skype – the list goes on. It’s easily overwhelming, and we are cursed with options when it comes to communicating with people nowadays.

We can’t get rid of these various means of interaction, and we can’t even choose just one. But we can choose a default that we pay the most attention to.

For most, this default inbox is email. After all, email is effectively a social network that’s three times the size of Facebook — nearly everyone with internet access has an email address, if not multiple.

It’s dead simple, it’s free, and you don’t need to “find” someone before communicating with them. You only need to provide someone’s unique ID and you’re set to interact with that person instantaneously.

But email’s convenience has been hijacked by marketers and careless workers. It stopped being useful somewhere between five and ten years ago, and it’s been a problem ever since. Even if you don’t count all the spam messages sent every day, the 3 billion of us with internet access are still sending and receiving more than 180 billion emails on a daily basis.

The average office worker receives 110 messages a day and spends 28 percent of his time handling email. Imagine how powerful it would be for your organization to reclaim that lost time!

Can we truly get rid of email?

It’s easy to see why Y Combinator’s Paul Graham calls replacing email a “frighteningly ambitious startup idea.” And why shouldn’t we replace it? It has problems baked right into it, automatically including the text of all previous replies below your current reply, back and forth forever.

If you’ve ever made an embarrassing reply-all mistake, you certainly know the downsides of email. In fact, Nielsen got rid of the reply-all button for its internalemail under the guise of requiring employees to be more mindful about who they include on a message, but smart money says the decision was only made after an Executive Vice President replied all (to every single Nielsen employee) with a rather arrogant note intended for one person.

Killing email for your organization absolutely implement positive changes. When Thierry Breton, CEO of Atos, estimated that a mere 10 percent of his workers’ emails were actually useful and productive, he instituted a zero-email policy.

“We are producing data on a massive scale that is fast polluting our working environments and also encroaching into our personal lives,” he said. Since instituting the policy, the company’s culture is forever changed and is more collaborative.

I still use email, but it’s never for anything pressing or important. Multimillion dollar deals or urgent approvals simply don’t appear there. When I give people my business card, roughly half will connect on LinkedIn, half will communicate via email. There is no urgency.

If you’d like to institute a new email policy that will save time for you and your workers, here are some ideas.

If you know you’ll be using a lot of short-form pinging, group communication utility Slack sets you up with as many chat rooms as your company might need. If people can instantly connect with each other there, then this makes for less inbox clutter for everyone.

For larger, more mature organizations I would think about solutions that provide a lot more structure – HipChat and TigerText. Some companies have also opted to build their own solutions, like we have for task and workflow management.

It really comes down to how your company communicates: journalists tend to constantly ping each other with ideas and very short questions, and thus Slack’s adoption within reporting has been huge.

A large organization, however, might over-communicate in a different way – has this document been done? Can I see a revision? Just following up on that email…generally not an efficient nor structured way to do business at scale.

This is drastic, but it quickly sends the message that you’re reevaluating what will and won’t work for your company’s productivity. Confirm for people that email is not “chat,” and it’s not for pinging your colleagues for updates on project statuses. Whatever you decide should and shouldn’t be an email, outline the characteristics clearly.

Intentionally quitting email is for brave CEOs only

No other person in the company can take responsibility for this kind of decision, and you need to be brave and forward-thinking, since quitting email requires certain discipline. But in the long term, it’s very valuable for the company to implement such culture change.

The no-email strategy has already been adopted by Bud Selig of the MLB, Janet Napolitano at the Department of Homeland Security, and Hank Paulson, former secretary of the Treasury. It sets the type of tone that demands a response in how your people do their jobs.

If you’re one such CEO looking to make this kind of shift in the workplace, you should search for a tool that would help you manage your people transparently and without formality. It’s quite obvious that we can still do big and important work without needing to lean so heavily on email.

We put on a man on the moon, for example, without having to sign into Gmail a single time.

Read next: Last chance: Enter our giveaway to win a new iPhone 6