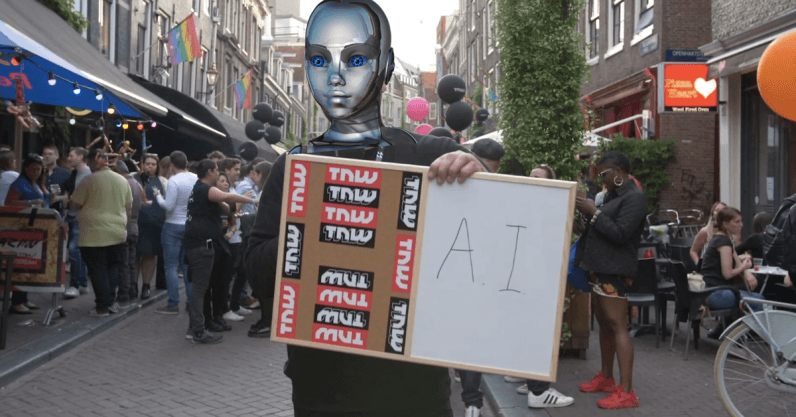 The Next Web Conference is a wonderful time of year. The technology event finds some of the world’s sharpest minds traveling to Amsterdam to hear from all manner of experts.

We took to the streets to ask attendees to try and draw some of the hottest topics in tech. First up? AI.

Let’s see if we had any artists hidden amongst the crowd.

While you could make an argument that this is a collection of nodes, on closer reflection it appears to be some sort of horrifying ladybird/spider hybrid. This is the future liberals want.

Just… wow. You know the person who drew this has a hidden room in their house with bits of paper with cryptic writing plastered all over the walls, each connected to another with bits of string.

Another collection of nodes, but, this time, they seem to have designed their own subway network. Wildly experimental stuff.

I’ve got to say, I was surprised at the lack of robots people drew when asked to represent AI. Luckily, this individual created… a brain person? And, let’s be honest, that’s got to be some sort of robot.

Whenever I look at this, I can’t help but picture those photos they find in serial killers’ basements that have people’s eyes cut out. It’s enough to make you shudder.

Ah, the coup de grâce. The most literal interpretation of AI possible. Bravo!

And there we have it, reckon you could do better? Then send us your drawing of AI on Twitter!

Read next: Game design holds the key to making humans care about AI