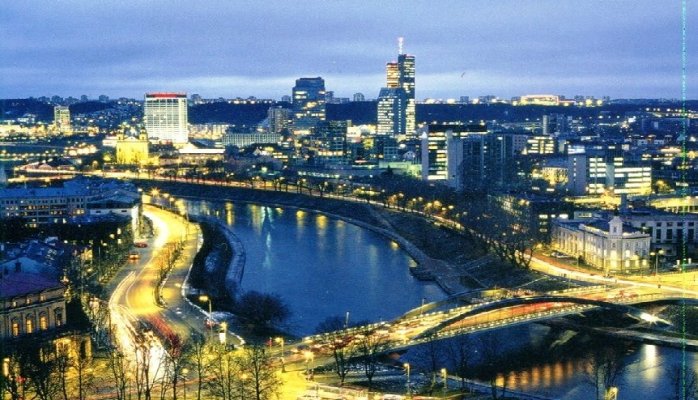 Tired of reading about startup success stories? Well, you’re in luck then – this is not about the time someone created a multimillion dollar business out of their garage (even though they may be well on the way).

No, this time we’re talking to three Lithuanian startups that have chosen to sell their products in the US and what it took for them to get there.

Ever thought it would be difficult to enter a foreign market, wondered if you would be trusted there and what challenges you might face? Well, then these startups have some words of wisdom for you.

Below are three Lithuanian startup experiences shared by Marijus Andrijauskas, the founder and CEO of Teamgate, Dalia Lasaite, co-founder and CEO of CGTrader and Dovile Miseviciute, Head of Marketing at Eylean.

Founded in 2012, Teamgate is an inbound sales CRM provider. The Lithuanian teams’ primary focus is to make it easy to improve your inbound processes and to grow your business through their software. With an office in London as an addition to their home base, they are not only achieving that but also expanding their operations internationally.

The worldwide expansion was not an initial plan for Teamgate, but rather came about organically in 2015. After several global marketing campaigns, the team quickly noticed that the majority of leads came from the US (more than 40 percent) and that was a clear indication of the need to be present there.

The market was attractive, not only because of its size but also due to the speed of purchase and high education about SaaS products, something that was still lacking in European markets at the time. That made it a great advantage of being present in the US.

“We can say that in Europe most businesses purchase services for the first time, thus they have different criteria and longer decision times. In the US, the competition is huge, but companies know what they want, and they are not afraid to move to another system if they see value in it.”

The team says that the vast competition in the US proved to be their biggest hurdle. It was not only intimidating when coming from a smaller, less busy market but also took a lot more time and effort. To enter the game, Teamgate had to ensure they were aware of every single competing product out there and know how their value proposition compared. However, gaining customer confidence was surprisingly easy, and the sales cycle turned out to be much shorter than elsewhere. Therefore, even with the added effort required to understand the competition, the move into this market proved to be a smart decision.

Teamgate points that the US market has more openness in terms of businesses and that was the main advantage. Companies are easy to talk to, and that helps in all aspects of operations – collecting data, getting feedback and ultimately selling the product.

According to Marijus, it’s due to the market size and the knowledge of SaaS that makes everything move faster and at a bigger scale in the US:

“Once I read that one day in Silicon Valley is equal to one month in Europe. There is some truth in those words.”

Another Lithuanian player that successfully entered the US is CGTrader, the largest 3D model marketplace created for 3D artists, design studios, and business to share and sell their models worldwide. It also presents a convenient place for computer graphics, virtual, augmented reality, gaming, and other industries.

Contrary to TeamGate, it was evident for Marius Kalytis, a co-founder of CGTrader, that the company’s vision should be geared towards a global marketplace right from the start. Due to their heavy gaming, film and animation industries, the US has become, and still is, one of the focal markets for the company.

The company says entering this market was not necessarily easy, but rather “nothing too unexpected.” Backing all of their operations with an intuitive site, smooth UX, internationally recognized payment systems and great support proved to be the team’s way of gaining customer trust. This technology has also eliminated the need actually to be present in the market.

“We have heard fantastic feedback about CGTrader via sources and people not related to our business directly, and main strengths US customers pointed out were responsiveness and the structured approach that made them happy to work with a Lithuanian company.”

Talking about hurdles, again the competition in the US has become the biggest issue for CGTrader, but staying right on trend was more of an issue. Some of the most innovative AR/VR technologies are developed and brought to use in the US, so being a real player means managing the fine line between over jumping the trend and lagging behind.

When it comes to strategy, CGTrader focuses their efforts and strategy globally so there is no particular plan developed for the US or any other markets. However, the company does take on smaller local campaigns, like sponsoring LT Game Jam 2017, that sometimes grow into larger international efforts later on.

When asked about how their business would be different had they started it in the US, CGTrader says:

“When thinking of scenarios we tend to over think that if one sets up a business in the US, it is likely to experience much faster growth, but starting in Eastern Europe has its benefits. Being here we have access to highly talented technical staff and a lower cost base, which enables a startup to run lean operations from the beginning. This suggests we can achieve more in the initial stages.”

Eylean develops an agile project management software for those that value visual information display, process flexibility, and easy project management. This Lithuanian team counting its fifth year in the field has always been focused globally, but they keep a keen eye on and try to promote agile learning in their home market as well.

Choosing the US was a no brainer for this team from the beginning. Agile approaches were developed and widely used in this market, while others only played catch up. The sheer size of the market was another big reason why the company chose to focus on the US. It was not only easier but much likelier to find teams in need of agile tools there than anywhere else.

Lithuania was no exception, with little to no practitioners of agile processes. So, instead of putting all of their efforts into educating a home market, Eylean chose one with an established need instead.

“Five years ago, it was hard to sell project management products in Lithuania as there was little knowledge or need for such tools. Therefore, we focused our selling efforts on the markets with established needs, while educating the home market on the side.”

Reaching those companies was another case and provided the largest obstacle for the team. Because they operated from a smaller country, Eylean did not enjoy proximity or a large marketing budget, so they had to be a little bit more creative and decided to invest most of their efforts on the internet. Since then it has become their most effective way to present, advertise and sell their product. The team says there is no more need to shake hands when you have technology to do that for you.

The only actual difference between selling in the US and Lithuania is that the team is still working on educating the home market. Here they have to explain why their tool is the best and why companies need it in the first place, which creates a longer decision time and requires additional effort. On the other hand, they get to meet clients face to face, something that is possible in the US only by attending conferences or agile events.

While the team does employ the same strategies for all markets, they say that being from a small country sometimes gives them opportunities to perform smaller scale test runs.

“Since the business was started internationally from the get-go, we use more or less the same strategies all around. However, if we see one thing work great in the Lithuanian market, we are sure to try it out in the US as well.”

Read next: Have questions for your favorite TNW Conference speakers? We've got you covered