Just like DeFi’s money legos are about to revolutionize finance, media legos will deeply alter the social layers of the web. They will change how creators issue, distribute, and monetize their work while defining new rules for content exploration, collecting, and community building. This post dives into the paradigm shifts underpinning the internet renaissance and reveals opportunities for innovators.

NFTs are scarce, digital representations of a unique good or asset. BTC or ETH are also scarce but as monetary assets they have to be fungible – every unit is arbitrarily exchangeable for any other unit. NFTs are a horizontal piece of infrastructure that can be used to issue digital representations of art, music, collectibles, essays, books, virtual fashion or financial assets like invoices, warehouse receipts or real estate units.

They can represent exclusive ownership or access rights (think licenses) to the underlying piece of content, but they don’t have to. In most of the current early experiments PNG, MP3, XYZ file can still be copied and distributed over the internet without limitations. What makes the NFT unique is its provenance – it links one original piece of media to its creator for eternity. This link is cryptographically verifiable. Hence, NFTs are the first system that allows information to be both free and valuable at the same time by having a provable record of originality.

The more that a creation is experienced, circulated or remixed the more value it will accrue to the original. The actual work is a derivative of the value of its simulations.

This is a paradigm shift; the inversion of the internet; a renaissance.

Based on the concept of provenance, creators are empowered to issue media NFTs with baked in creator fees. Every time a media asset is interacted with or sold on secondary markets creators would benefit economically from their work’s rising popularity.

Creator fees can be programmed in various different ways borrowing from DeFi’s financial primitives. E.g. creator fees could vary based on the absolute volume of a secondary market transaction, the frequency of secondary market transactions or they could be priced on a bonding curve. Rents or licensing fees on a daily base might be explored – programmatic, continuous monetization. Either of these variations will be self enforced through the programmable media asset itself – no need for legacy rights enforcement in front of meat-space courts.

Beyond that, media assets can be used to express the provenance of status through a sovereign proof of belonging and participation within a community.

Creators and collectors won’t be locked into any given marketplace or interface. Instead, experiences and interfaces will be built around the NFTs. The underlying data architecture is turned upside down. In web2 data and media assets have been created and siloed in closed architectures (bandcamp, unity) but in web3 games, virtual worlds and other interfaces new experiences will be created around the media asset itself. Based on this new logic we might see the rise of completely new media standards coming with strong network effects.

The DAO experiment of 2016 or the ICO hype in 2017 have been early harbingers of how the future of capital formation over IP might look like. Crowd funded creative work can be re-invented by combining media assets with DeFi’s financial primitives. What started with $ESSAY on Mirror or generalized freelance markets on Erasure Bay might be used to fund complex creative work like music albums, books, or movies up front in return for an ownership stake in the media asset’s long term upside – funding over IP.

Based on this development we might see new types of record labels, art auction, or publishing houses with direct access to the underlying media asset (shout out to Sfermion). Crypto won’t just transform venture capital and asset management but also capital formation across the media landscape.

Most of the innovation we’ve seen in the NFT space today has been rather collectible focused, not experience focused. Within this new paradigm we can create entirely new user experiences which haven’t been possible before.

Top left: a piece issued on Async Art (portfolio) which displays two underprivileged orphan boys and their professional idol (pilot, firefighter, astronaut) based on their annual preferences. On each of the boy’s birthdays the door opens and a BTC address is revealed to collect donations for them. The BTC sent will be programatically distributed on their 18th birthday.

Top right: B20 bundles the Beeple 20 Collection – one of the most historic and valuable art project in the NFT space – along with the VR monuments it lives in. The ownership of this bundle has been fractionalized into B20 tokens. The bundle itself is immutable, unless bought out entirely, by anyone with the requisite DAI and B20 tokens.

Bottom left: Catalog powered by Zora enables musicians to issue scarce virtual vinyls which can be fractionalized and traded on secondary markets – letting the creators participate in the upside of every valuation change through programmatic fees.

Bottom right: Mirror’s $ESSAY experiment proved that creative work can be funded up front leaving the backers and the issuer with an ownership stake in the actual work result – or book or movie or xyz going forward.

A media asset can change its shapes, colors, sounds, text, or combinations thereof based on arbitrary data inputs. It can have various different states. A picture can change colors or shapes within it based on time-, weather-, or geo location data from a physical object or based on interactions with it’s owners. It can be interactive. Thinking through this concept further, the state of one media asset can define the state of another or multiple other media assets – they are composable and interoperable.

Experiences can be bundled by linking the ownership of a media asset to other services in the virtual or physical world like concert tickets, ownership or access to other virtual goods, merchandise and more. The owner of a branded fashion or digital art asset might get access to its customized, physical 3D printed equivalent etc.

If media assets are derivatives of the value of their simulations than we can think of programmatic index portfolios of media assets (NFTX, Balancer) or bundled exposure to a piece of virtual land, a virtual museum and the art exhibition taking place within it (B20) for example. The design space for the financialization of media assets is gigantic.

Once all content has gone on chain we will find new ways of organizing and contextualizing it. This category has barely been explored yet given that we are still in the early instalment phase following Carlotta Perez’ technological surge cycle.

By creating not just a graph of media assets but by contextualizing those assets, their meta data and relationships to one another we can create a semantic, machine readable web that understands context. To access and browse through it we need query and indexing tools (the graph) across different ledgers as well as a generalizable and customizable interface to browse through it (Anytype).

Atop of such neo OS we could build new search- and recommendation engines underpinned by the open economy’s principles of openness, collaboration, and participation. Open marketplaces for customizable and open source search algorithms, interfaces, or recommendation engines could thrive while putting an end to manipulative, black box data monopolies.

This article was originally published on SVRGN’s blog. You can read it here.

Alexander Lange is founder and general partner at Inflection, an early stage venture firm investing into the open economy. Join him at TNW2021 for a talk on ‘Digitally ever after – preparing for immortality in the metaverse.’ 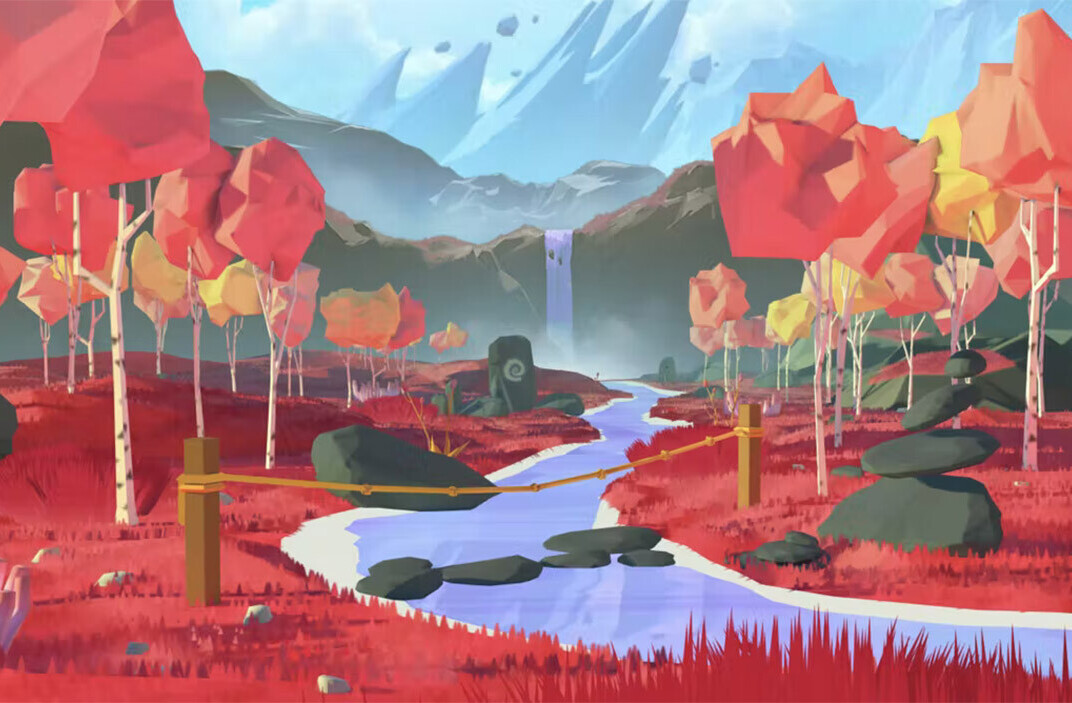