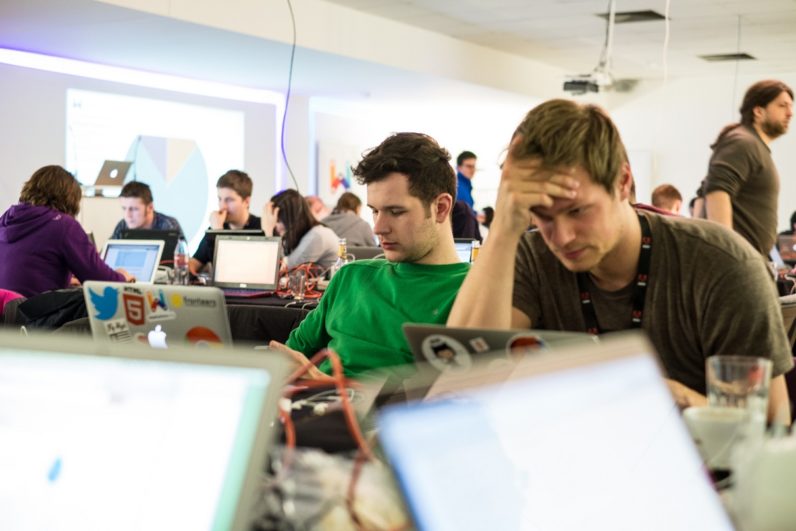 Scrum Alliance released its 2016 ‘State of Scrum‘ report and the results indicate that businesses are having difficulty adapting to Agility based project management. Scrum is an Agile framework for completing complex projects. The basic idea behind the platform is for workers to share information and remain flexible to client-based design changes.

There are a lot of meetings involved. Workers combine their efforts to continuously advance the entire project — instead of relying on a more linear approach to development. The survey tries to find out how Scrum is working out for companies that implemented it in 2016.

Two-thirds of the survey participants said that tensions rose in the workplace after Scrum was implemented, but 70-percent of those respondents indicated that company management was to blame.

The report discloses that over half the workers surveyed think their business struggled with implementing Scrum. The responses paint the picture of a system that works — 98 percent of those surveyed said they were going to use it again — but also increases worker anxiety.

I reached out to an expert to explain why. The Denovo Group Founder and CEO Lisa Hershman says:

“The challenge is that many corporate leaders think Agile or Scrum is just an IT thing. When talking to those decision makers, we need to put the ideas in business terms that they understand. It’s about providing a better experience for customers and boosting the bottom line.”

Isn’t Scrum just an IT thing though?

Turns out that out of the 2000 survey respondents, seventy-two percent work in industries outside of IT. Lisa Hershman predicts that managers are simply going to have to figure it out. “Top-down doesn’t cut it anymore. As our world continues to change, Agile business structure will not only become invaluable but nonnegotiable.”

That could explain the tension — telling the VIPs that their new Agile platform works best without Top-down management sounds like a job for whoever draws the short-straw.

Why Scrum? on 2016 State of Scrum Report

Read next: Windows 10 now has an emoji shortcut (it's about time)