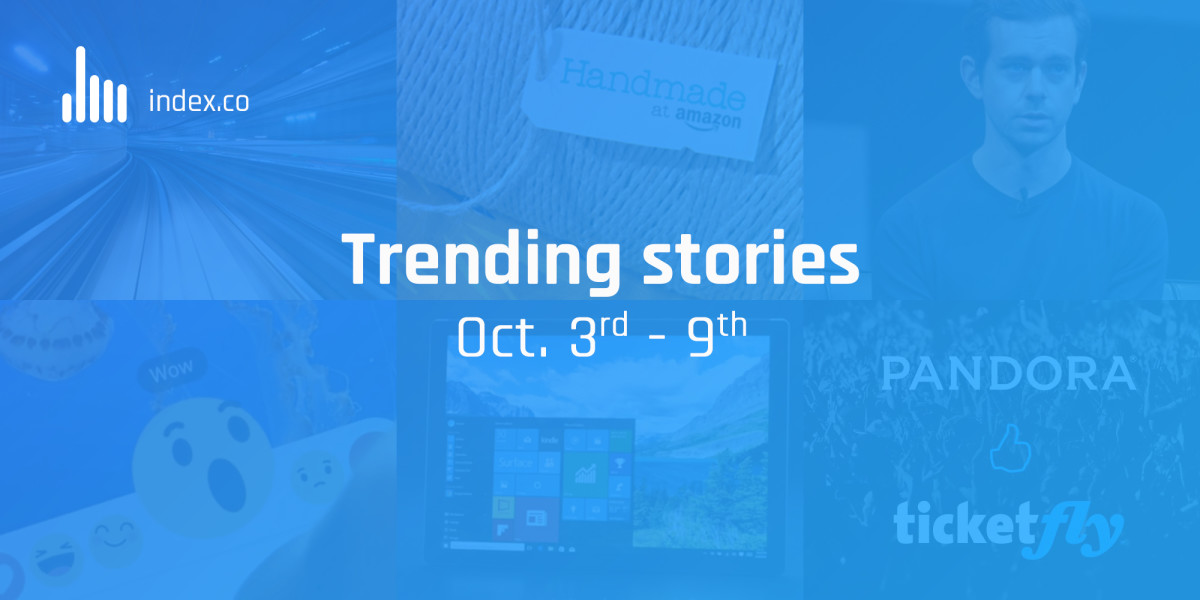 The first full week in October has seen some big events in the tech sphere. European tech showed its continuing growth with companies like Tado and Clue raising significant funding rounds, and a new Unicorn is born in cloud commerce monetization company AppDirect .

Before you leave the office for the weekend, let us quickly recap the week’s events. We picked out the need-to-knows from the stories that made the top of Index’s algorithms for you.

Index recorded 141 funding events and 34 acquisitions this week. The median amount raised by startups was $3 million, a 6 percent decrease compared to last week. The largest investment round was raked in by Chinese real-estate platform Fangdd , which received $330 million in a series C round, spurred on by the adjustment of home-ownership restrictions in China.

TSheets.com , a company that provides timesheet tracking software, raised a $15 million Series A round from Summit Partners.

Graphic design service Canva pulled in an impressive $15 million Series A round, with backers including Woody Harrelson and Owen Wilson. The Australian startup’s total funding is now just over $27.9 million.

InvestCloud , an investment management platform, took in a $45 million Series B round led by FTV Capital. The company’s total funding to date is just over $54 million.

Read next: Assembly for iOS is a graphic design app for beginners and pros alike