This article was published on October 7, 2015

As ad blocking has gained popularity and news sites have become slower to load, companies like Facebook and Apple recently began offering to host news content on behalf of publishers to improve the experience.

The idea of handing off control would have been unthinkable just a few years ago, and is now a reality that bloggers, news publishers and others must face as it becomes harder to monetize ‘free’ content. 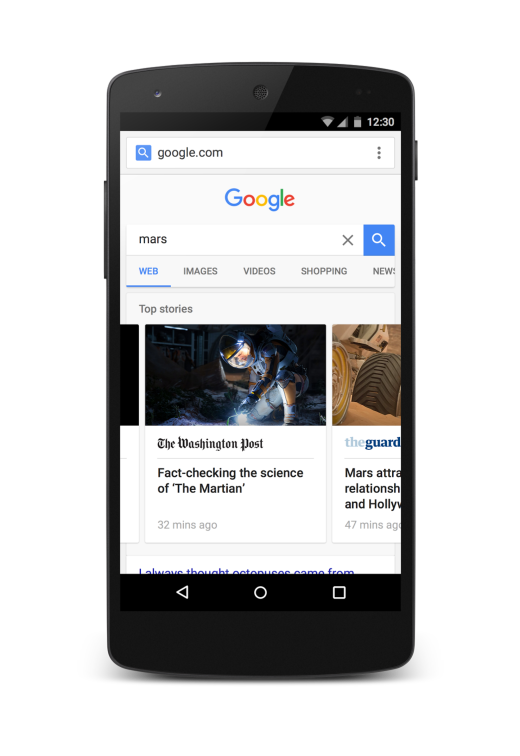 Much of the discussion has focused around loading times, as news sites become increasingly large and sluggish by piling on ad trackers, media and third-party scripts, they’re shedding users with every second longer visitors need to wait.

Today, Google’s throwing its hat into the ring with a new project called “Accelerated Mobile Pages” which is an open-source specification for getting content to load faster on mobile devices.

In short, it’s a new framework called AMP HTML focused on building lightweight webpages, which can optionally work in tandem with Google’s caching infrastructure around the world to provide those pages much faster.

Using AMP HTML, websites can built incredibly lightweight versions of their pages which Google will distribute for them — while still hosting the actual content themselves.

At its core, the technology restricts the use of JavaScript heavily — as in, it’s completely blocked for third party use. Instead, Google says that developers should use custom elements and Web components to make up for it.

It does, however, allow CSS for publishers to fully customize their sites and allows for extensive customization within best practices.

AMP is open source, and available on GitHub at launch, meaning developers and publishers can contribute back to the project.

As part of today’s announcement, Google said that it’s making available the first version of AMP which is basic, but supports rich media like photos, videos, animations and visualizations alongside ‘smart ads’ which all load in “an instant.”

In terms of advertising, Google will support a “comprehensive range” of ad formats, networks and technologies. It promises that sites using AMP will be able to choose the ad networks — with a catch; they must not detract from the user experience.

AMP pages can be hosted independently, or, a new Google offering will deliver them via its own servers around the world — for free.

One partner, Nuzzel, said that The New York Times loaded in approximately 3 seconds before the change, but now appears in less than 500 milliseconds. The company has launched support for AMP pages today.

Google’s own tests saw between 15 and 85 percent improvement over a 3G mobile connection. 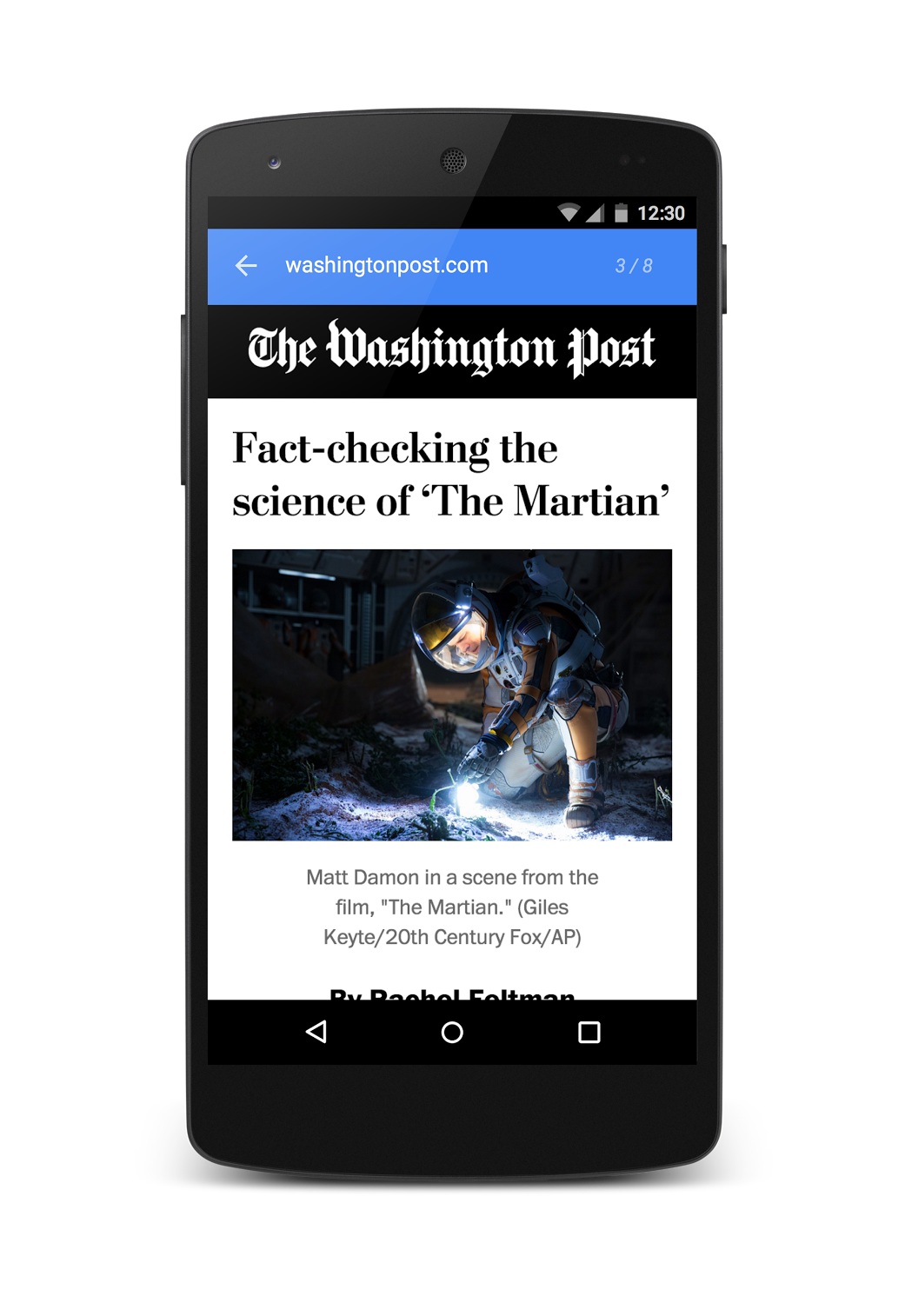 If the change is that dramatic across the board, it’s something that you should expect to see adopted everywhere.

A free, open source service that does all the work to make sites load fast? Publishers are going to be falling over themselves to get onboard — and they already are.

There’s an extensive list of sites already onboard and contributing to AMP: BBC, Fairfax, The Economist, BuzzFeed, The Guardian, Huffington Post, Mashable, The Telegraph — the list goes on, showing that every second is a lost eyeball.

Google also has technology partners who are working to provide their tools within the new specification. Adobe, Chartbeat, LinkedIn, Parse.ly, Pinterest, Twitter and WordPress.com are all launch partners.

WordPress has announced that it’ll be making available a plugin so all sites using the CMS can publish using AMP, and Twitter confirmed on Google’s announcement call today that both Tweet and Vine embeds will work from day one.

The biggest losers with AMP are analytics companies and trackers that leverage Javascript to learn about user behavior.

In the initial specification, Google says analytics support is “very limited” but it plans to offer support for further data in future versions with its partners.

The AMP project also comes with some major changes to how supported sites are displayed in Google results.

Eventually, when your search turns up a news topic that leverages AMP, you might see a larger carousel at the top of results, with a full image at the top of each result delivered by the service. You can try this in practice at this demonstration site.

Google emphasised that the tool does not affect the way pages are ranked in search results.

The launch of Accelerated Mobile Pages today is only an ‘initial’ preview, which Google plans to test and tweak closely in collaboration with its partners, to ensure that there’s a balance for everyone.

On the surface, AMP seems extremely heavy handed. It’s restricting for developers and puts publishers in a squeeze over the technology they can use — right now, many are heavily leveraging Javascript for tracking and other experiences on their sites.

On the other hand, AMP offers far more flexibility than both Apple and Facebook do, is hugely beneficial for users and faster load times should lead to keeping even more of them. AMP might finally push the Web in a much more positive direction — one that’s faster, with less cumbersome JavaScript everywhere.

As load times soar into more than ten seconds for the worst culprits, it’s a change that’s long been coming. Even across the technology media, our internal metrics show that almost all of us could vastly improve our sites.

You can learn about AMP, or start contributing from today. Those interested in leveraging it in partnership with Google will need to apply for access.